"With each tough question she looked like she’s had the wind knocked out of her, 31st Oct could finish her off on the basis of the reception she got in that room." 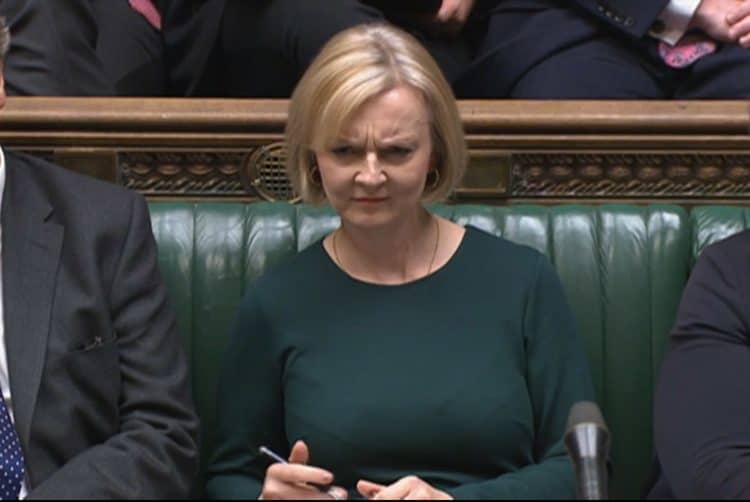 Liz Truss’s attempts to win over mutinous MPs at a meeting of the Tory backbench 1922 Committee on Wednesday evening spectacularly failed, according to reports.

The prime minister was under fire from her own MPs as they demanded more U-turns on her tax-slashing agenda after she ruled out spending cuts to balance the books.

Her leadership was in renewed peril as she was accused of “trashing the last 10 years” of the Tories’ record at a bruising meeting with backbenchers.

Addressing the group, Truss said small businesses would have faced “devastation” if the Government had not acted to cap energy prices, according to aides.

But she was met with open criticism, with MPs reportedly raising concerns about soaring mortgage rates and the Tories’ slump in the polls.

Speaking to one person who was in the room, The Mirror’s Dan Bloom said they had a far from positive view of the meeting:

Geri Scott, a politics reporter from the Times, said one MP said the meeting was the “worst” 1922 they had ever been to, adding:

“With each tough question she looked like she’s had the wind knocked out of her, 31st Oct could finish her off on the basis of the reception she got in that room.”

One MP described Truss’s appearance at the meeting as a “funeral”, while another, asked if she had done more to reassure colleagues, replied: “Absolutely not”.

Sewage now polluting ‘every beach between Brighton and Hastings’