A source in Delhi said they were “shocked and disappointed” by the home secretary's “disrespectful” remarks. 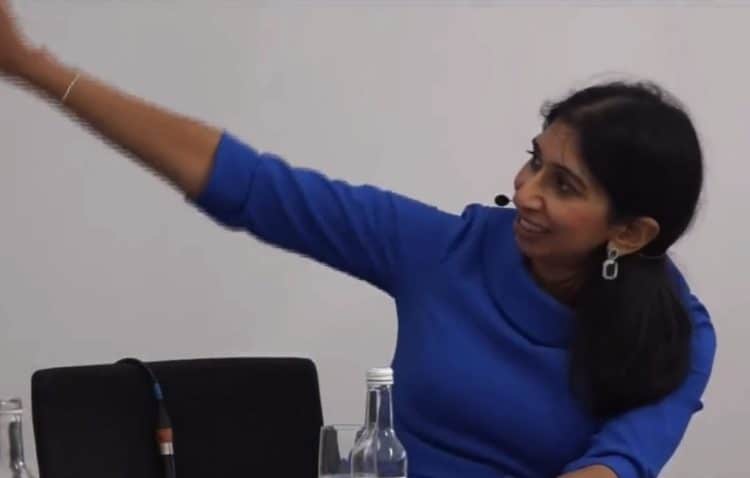 Liz Truss’s flagship trade deal with India is on the “verge of collapse” following “disrespectful” comments made by Suella Braverman.

According to Times reports, the home secretary’s concerns over immigration have put the deal on ice, with officials in Delhi said to be “shocked and disappointed” by what she had said.

In an interview with The Spectator Magazine, Braverman said she had “concerns” about the trade deal because it would increase migration to the UK and Indians represented the largest group of visa overstayers.

“I do have some reservations. Look at migration in this country — the largest group of people who overstay are Indian migrants.”

The comments sparked a furious reaction from Indian government ministers and officials, sources from both governments have said.

Indian government sources said the “relationship has taken a step back” following Braverman’s comments, adding: “There’s still a lot of goodwill but if certain individuals are still embedded in the government it will paralyse the talks”.

They said Truss should publicly “disassociate” herself from Braverman’s words if she wanted to revive the deal.

Delhi is demanding more work and study visas for its citizens, including a new visa that would emulate agreements struck with Australia and New Zealand that allow under-35s to live in the UK for up to three years.

A senior UK government source said: “Mobility has been the key Indian ask and everything else — financial services, banking, education, rules of origin on whisky, etc, hinges on the mobility ask. And Suella has gone and pulled the rug from under that mobility ask.”

A UK government source who has spoken to Indian officials involved in the trade negotiations said: “They were apoplectic. Mad doesn’t even come close to describing how angry they are.”

Truss had hoped to agree to the trade deal by Diwali on October 24th, although the timetable now looks extremely doubtful.