"The economic and political shift towards neoliberalism has been about undermining democracy and moving decision making away from the hands of the average person" - Grace Blakeley. 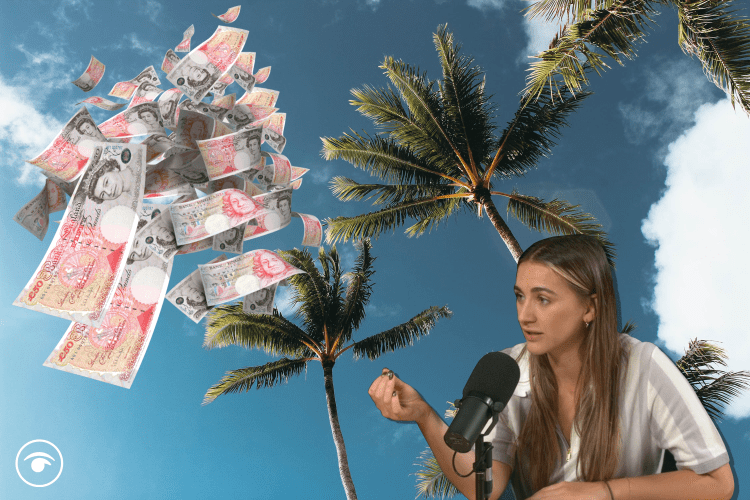 People are being purposely made to feel powerless on tax evasion in order to stifle the collective outrage, Grace Blakeley has told The London Economic’s podcast Unbreak the Planet with Mike Galsworthy.

The Government is facing fresh calls to tighten Britain’s defences against “dirty money” after offshore data exposed the secret financial dealings of some of the world’s richest and most powerful people.

A recently-exposed cache of almost 12 million files – dubbed the Pandora papers – is said to cover the activities of some 35 current or former world leaders, more than 300 public officials and 100 billionaires.

Tony Blair and his wife Cherie are among the prominent figures listed after said they were able to save more than £300,000 in stamp duty when they acquired a £6.45 million London property by buying the offshore company which owned it.

Another former prime minister, David Cameron, has also been caught up in similarly dodgy dealings – despite promising to crack down on such activity while in power.

Why aren’t we seeing more outrage?

According to Blakeley, people are becoming increasingly inured to how the rich deal with their tax matters, leading to a collective shrug when data leaks such as the Pandora and Paradise papers come to light.

“There is a certain amount of cynicism at the moment which is undermining our collective outrage,” she said. “There is a sense that that’s just how the world works now.

“And the reason there has been less outrage is because there is not an opposition that is standing up and taking advantage of it.

“You can expose wrongdoing as much as you like, but unless you are unable to translate that into a movement for change then nothing is going to change.”

Blakeley points out that there is no question about whether tax evasion is right or wrong. “The big issue is, what can we do about it?”

“A big part of the economic and political shift that we’ve had over the past 40 years towards neoliberalism has been about undermining democracy, basically.

“Taking lots of areas of decision making within the state and placing them as far away as possible from the hands of the average person.”

Discussing solutions she says the biggest thing is organising, getting involved in political movements and putting pressure on political parties that are supposed to represent the interests of ordinary people.

Watch the podcast in full below: