“You tell great big fat lies, you sell magic bean fantasies. And then when reality stubbornly proves you wrong, you double down even harder." 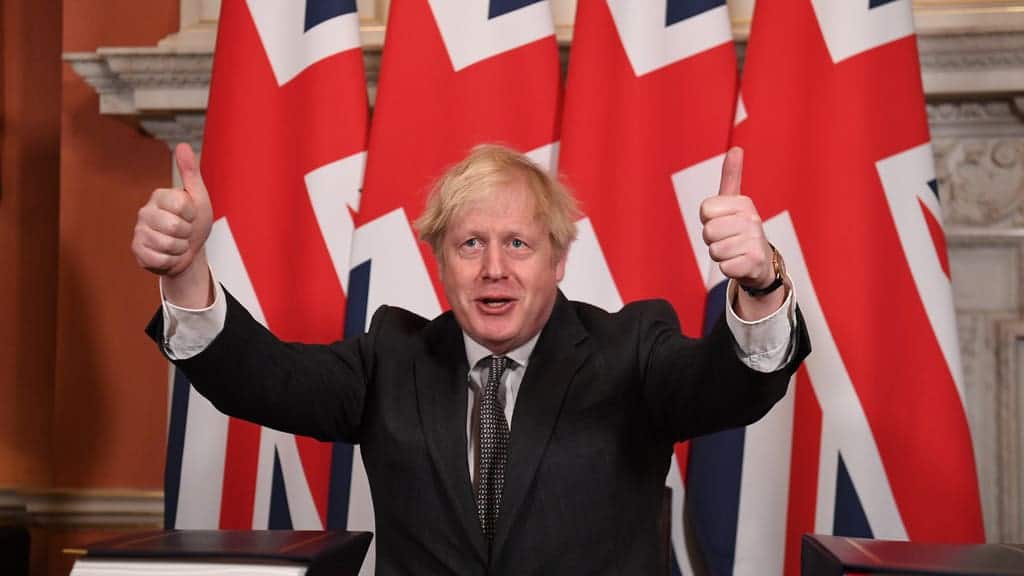 Michael Dougan, from the University of Liverpool, urged any union members to act now and tell their representatives to back proportional representation ahead of the next election – which may be as early as 2023.

The leading Brexit commentator told The London Economic that the Tories are “ripping up the only workable plan” without having a replacement to offer.

‘Blaming everything on manufactured enemies’

Dougan said the abrupt severance of UK’s relations with the EU would “tally with the Leave campaign’s rhetoric about taking back control” but said “only the most dim-witted of fools would ever seriously believe the propaganda of global Britain, assuming its rightful place as a strategically autonomous power right at the fulcrum of world affairs” – calling it “total Fantasy Island stuff”.

The professor likened Johnson with other “post-truth populists” such as Donald Trump or Jair Bolsonaro and revealed what their “simple but effective” basic toolkit is.

He said: “You tell great big fat lies, you sell magic bean fantasies. And then when reality stubbornly proves you wrong, you double down even harder. You deny any form of responsibility, you blame everything on your manufactured enemies, you find new scapegoats for your supporters to detest. That’s basically what’s happened in the UK over the past 10 months.

“We’ve discovered that Britain’s broken economic model, the economic model that the Tories presided over for most of the past lifetime of us, was actually created by EU immigrants who use their low-skill, queue-jumping privileges to drive down wages and undermine productivity.

“And it’s the bitter nasty Europeans who are simply obsessed with the idea of punishing poor little Britain for declaring its independence from Brussels. This is Soviet-style propaganda. We get it almost every day, gleefully repeated by the right-wing media.”

He warned Johnson is edging towards a significant part of the UK population ending up “so angry, disillusioned and alienated that they begin to cause a permanent threat to political stability within the country”, something which the prime minister “thinks he can control, but can’t”.

Dougan told TLE that the government’s insistence to rewrite the Northern Ireland Protocol is “rather lacking in realism”.

The professor said it is “objectively impossible” to have everything it wants: “The question has been, which one of those things are you willing to sacrifice? Is it your hard Brexit? Is it peace in Ireland? Or is it unionist identity in Northern Ireland? Which of those three things do you care least about?

But he said the UK’s current position is to refuse to carry out checks which it agreed to carry out on trade between Great Britain and Northern Ireland, which presents the EU with a “really serious dilemma”.

He said: “In that case, the single market, the Customs Union are left territorially compromised. there will be a great big hole in the frontiers of Europe, whereby goods can enter the EU, its Customs Union and single market unchecked and uncontrolled. That is simply not acceptable.

“And yet, the only other way to solve that is to start imposing checks and controls between Northern Ireland and the Republic.”

Dougan explained why the UK government has also been interested in scrapping the European Court of Justice.

He said the European Commission can use the Withdrawal Agreement which Boris Johnson’s government signed to take the UK to the European Court of Justice and ask for punishments to make Britain fully comply with the Protocol’s border rules.

He added: “The first problem is, if you’re faced with a UK government that simply refuses to follow international law and respect it, there’s not that much you can actually do about it. You can have as many court orders, as many fines, as many retaliations as you want. You can’t actually force them to comply.

“The second problem is, this actually feeds entirely into Johnson’s core strategy. It whips up hatred against the foreigners who are punishing the poor UK, who are trying to belittle Britain and alienate it, who are trying to foster hostility towards Britain simply for trying to protect its own.

“The third problem is, it doesn’t actually solve the border problem, that the border between Britain and Northern Ireland is open.”

Dougan thinks the EU cannot win because it is faced with “cynical and dishonest” people in a complicated Northern Ireland situation which it cares about. “The EU is in a difficult position because it actually wants to solve this problem; whereas the Johnson government’s position is relatively strong because it literally couldn’t give a bloody damn about what happens over there,” he said.

Dougan said the Tories want to scrap the UK’s Human Rights Act, which incorporates rights from the European Convention on Human Rights, because of similar reasons related to having to adhere to the Northern Ireland Protocol as part of international law.

“It’s just another part of the same programme of this aggressive nationalism, that thinks ‘we’ll do it on our own, and we don’t need foreigners telling us what to do’, which in the end simply serves to undermine yet further the idea of liberal democracy, in which minority rights are protected, in which citizens actually have some form of effective shield against the abuse of state power, in which the institutions of the state have to respect certain basic principles, which prevent them from infringing our very fundamental liberties.”