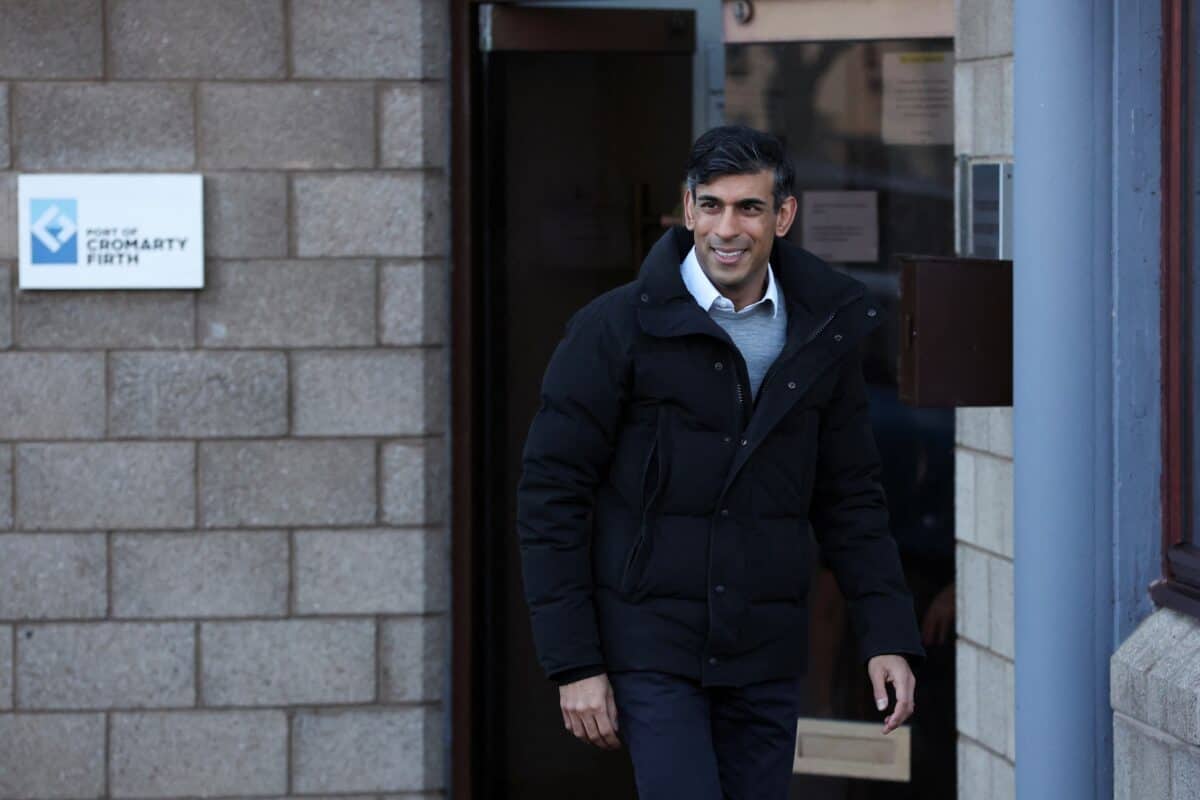 Rishi Sunak appeared not to be wearing a seatbelt as he filmed a social media video in the back of a moving car.

No belt could be seen covering the Prime Minister’s shoulder as he promoted his levelling-up funding in the clip filmed for Instagram on Thursday as he visited Lancashire.

Fines of up to £500 can be issued for failing to wear a seatbelt when one is available.

There are a few exemptions, including when a car is being used for police, fire and rescue services and for certified medical issues.

Police motorbikes can be seen escorting the car as Mr Sunak addresses the camera.

Lancashire Constabulary referred a request for comment to the Metropolitan Police.

The Government has considered toughening seatbelt rules to ensure drivers not wearing them could receive penalty points.

Recent Department for Transport figures suggested around 30% of people killed in cars on Britain’s roads in 2021 were unrestrained.

Sunak had already been criticised for flying to Blackpool in a taxpayer-funded RAF jet rather than taking a train.

Labour said Sunak’s video was adding to “endless painful viewing” after he was previously seen struggling to make a contactless payment with his card.

“Rishi Sunak doesn’t know how to manage a seatbelt, his debit card, a train service, the economy, this country,” a spokeswoman said.

“This list is growing every day, and it’s making for endless painful viewing.”

Liberal Democrat deputy leader Daisy Cooper said: “It seems like the PM is getting too used to flying around in private jets that he’s forgotten to wear a seatbelt in a car.

“The fact he’s breaking a basic law is just embarrassing and frankly dangerous.”

The AA warned of the dangers of not wearing a seatbelt.

“No matter who you are it is important to wear your seatbelt when in the car,” an AA spokesman said.

“In 2020, a fifth of all car occupant fatalities were not wearing a seatbelt.”