Sunak flew to Blackpool to discuss the allocation of £2 billion in levelling up funding, some of which has been directed towards his own constituency. 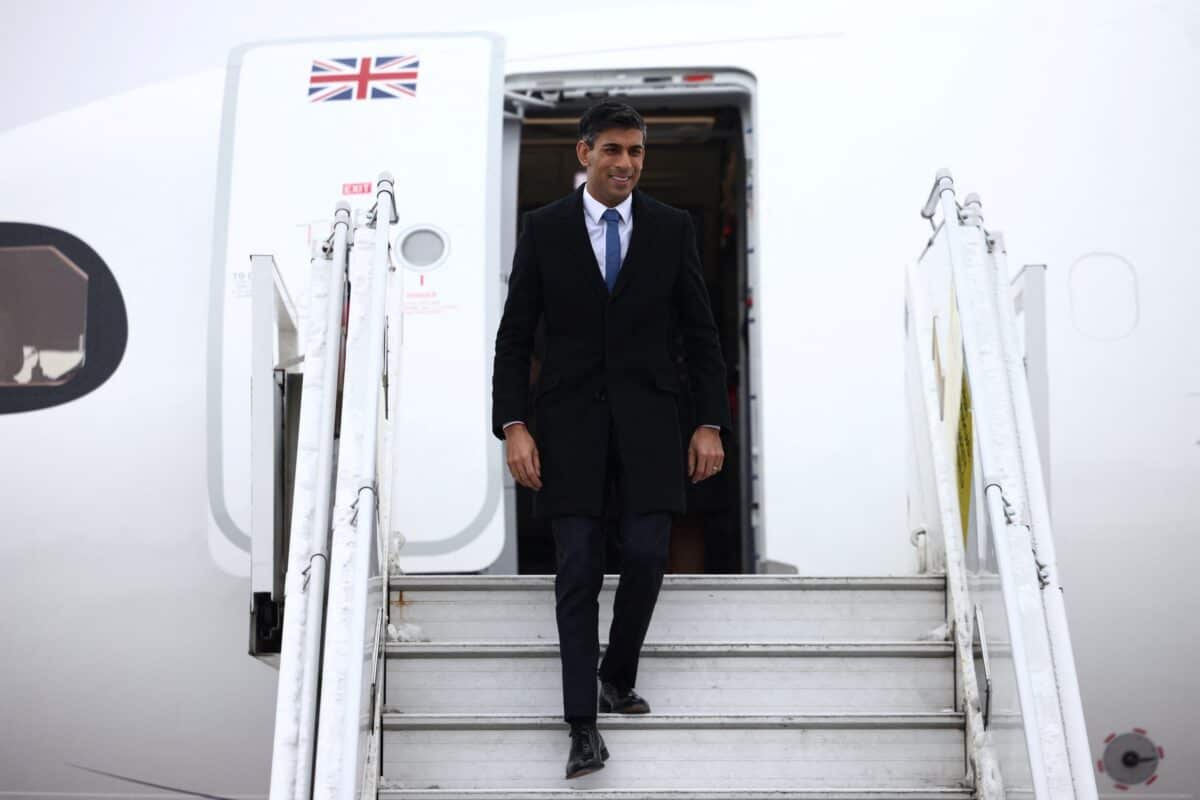 Rishi Sunak has been criticised for using a jet to travel to Blackpool as he opts for flights around Britain rather than trains.

The Prime Minister took an RAF jet from Northolt to Blackpool as he carried out a series of visits in northern England linked to an announcement on new levelling up funding.

Labour accused Mr Sunak of “jetting around the country on taxpayers’ money like an A-list celeb” and making a “mockery” of his environmental strategy after the 41-minute flight on Thursday.

A train journey from London Euston to Blackpool takes less than three hours, with a single fare coming in at £73.40, or £189.80 to travel during peak hours. First class could cost £257.

Last week, Downing Street defended Mr Sunak flying to Leeds because there is a “great deal of pressure” on his schedule.

He went on to take an RAF plane to Scotland as he announced two new “green” freeports.

Lib Dem deputy leader Daisy Cooper said: “Rishi Sunak has learnt nothing from the past few weeks as he continues to jet about the country on taxpayers’ money.

“It is simply ridiculous that he can’t get a train like the rest of the British public do.

“Yet again, this Prime Minister is completely out of touch with the rest of society.”

“Instead of catching the train like the rest of us, he’s swanning around like a washed-up A-lister courtesy of the public, making a mockery of his own Government’s ‘zero-jet’ strategy.”

Mr Sunak was in Lancashire to discuss the allocation of £2 billion in levelling-up funding.

Ministers have defended London and the South East getting the largest share of the funding, receiving £362 million compared to the North West’s £354 million, £109 million for the North East and £177 million for Scotland.

He argued that London and the South East together constitute a quarter of the country’s population and “the biggest winners are those in the North West” compared to population size.

FULL LIST of MPs now backing Boris, after wanting him gone in July