The US president is expected to tell Johnson to solve the Northern Ireland impasse in a pre-G7 meeting, reports suggest. 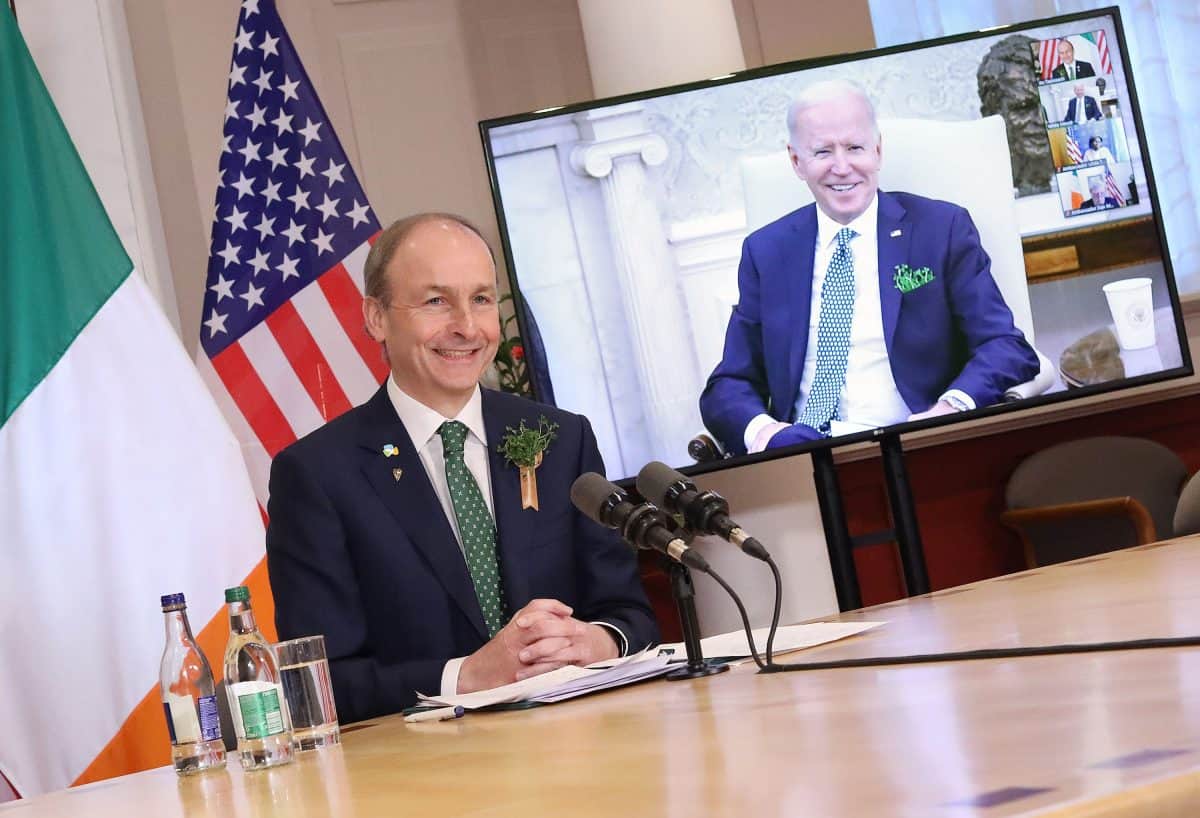 President Biden will warn Boris Johnson not to backtrack on his Brexit deal when they meet for the first time at next week’s G7 summit.

According to The Times, he will use a bilateral meeting with the prime minister before world leaders descend on Cornwall to spell out America’s unequivocal support for the Northern Ireland protocol.

Biden is expected to tell Johnson that the US sees the deal – which the prime minister agreed in 2019 – as essential to maintaining peace in Northern Ireland and safeguarding the Good Friday Agreement, of which America is a guarantor.

The president will also caution that the prospects of a post-Brexit trade deal between the UK and US will be jeopardised if the situation remains unstable.

But, the newspaper reported, Biden is also expected to make it clear to Brussels that he expects the European Union to stop being “bureaucratic” – and adopt a more flexible approach to the implementation fo the deal.

The protocol was designed to prevent a hard border in Ireland, effectively by keeping Northern Ireland inside the bloc’s single market and customs union.

That has angered unionists, who are enraged at new restrictions on trade between Britain and Northern Ireland which they believe threatens the province’s place in the United Kingdom.

There is reportedly increasing nervousness about the impasse in Washington. The EU last week accused Johnson of “taking them for fools” – and wanted that Brussels was drawing up plans to impose trade sanctions if progress wasn’t made on implementing the agreement.

Brussels diplomats believe Johnson may want to “deliberately collapse the protocol”, The Times reported, citing unionist opposition and the threat to the Good Friday agreement.

But senior government sources have rejected those suggestions. Lord Frost, the Brexit minister, wrote yesterday that the EU was being insensitive to the protocol’s “real-world impact on lives and livelihoods”.

“Because we are operating under the EU’s legal framework we have very limited discretion to operate the rules in a way which makes sense on the ground in Northern Ireland,” he wrote in the Financial Times.

The Irish government is believed to have lobbied Biden – who has Irish heritage – to intervene. “The administration is now convinced that the protocol has to be made to work and is integral to the peace process,” a senior diplomatic source told reporters.

The UK and EU are set for talks on Wednesday – but expectations of a breakthrough are low.

João Vale de Almeida, the EU ambassador to the UK, told Times Radio last week: “What our British friends asked from us was pragmatism. And we have proven that we want to be pragmatic, but pragmatism requires trust.

“If you don’t have trust and if you create frustration then these are not the best conditions to find consensual solutions.”