From the newsletter: Just how influential is the British press in swinging public perception? 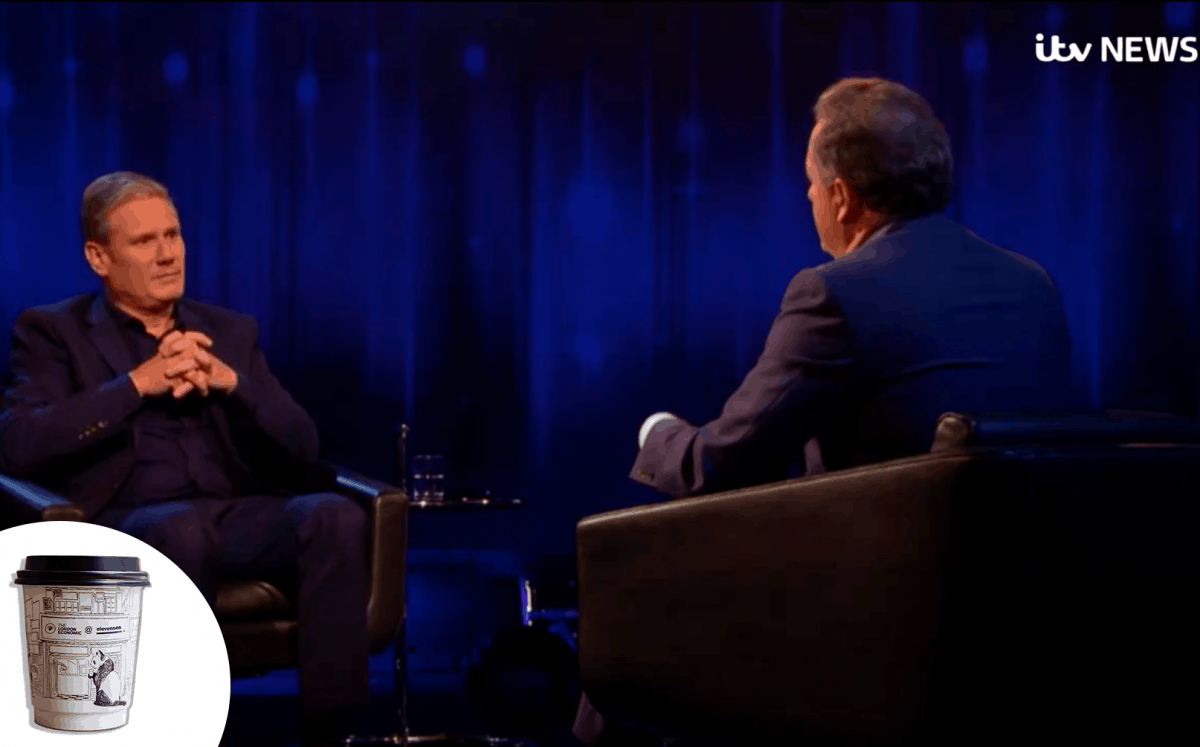 Good morning, and happy Friday. Keir Starmer’s long-trailed Life Stories interview with Piers Morgan aired on ITV earlier this week. It wasn’t ideal timing for the Labour leader, what with the episode airing mere hours after the former Good Morning Britain frontman had taken a heroic swing at Naomi Osaka for daring to talk openly about her mental health. Yet, that particular instance of unpleasantness aside, the consensus view of the commentariat seems to be that Starmer emerged enhanced.

It begs a natural follow-up: does it matter? Around 1.7 million people watched the interview on Tuesday night (3.5 million were watching the episode of Coronation Street which immediately preceded it). Morgan’s episode with Coleen Nolan off Loose Women, by contrast, netted ITV 2.3 million viewers. If this was a vehicle for puffing Starmer up with the public, then Sir Keir didn’t get many miles to the gallon. But what if that wasn’t really the point? It’s more helpful, I think, to see the Labour leader’s Life Stories as a means of laundering his reputation with a small-but-mighty minority: the press.

Just how impactful the media actually is in swinging elections one way or the other was a question that cropped up this week when I spoke to Paul Dennett, the freshly-reelected Salford city mayor. Dennett is unapologetically radical. Since first winning the keys to the town hall in 2016, he’s styled himself as a “sensible socialist”. Interventionist by nature, he’s carved out a large role for the council. He’s taken significant steps to arrest the city’s housing and homelessness crisis – the aim is to build a further 3,000 homes over the next decade – and pursued “an agenda of insourcing”, bringing things like planning, building control, highways and infrastructure services back in-house.

“We’ve campaigned on a very bold and progressive vision for Salford,” Dennett told me. The city is buying in; in last month’s local elections, he increased his vote share to 59 per cent – a ten per cent increase on his performance in 2016. All of which begs the question, why can a local politician like Dennett campaign on an avowedly socialist platform and win – and win convincingly at that – but a national candidate with similar policy persuasions can’t?

There are, obviously, a few variables at play. Salford has a proud socialist history; it was there, in the 1840s, that Friedrich Engels rounded on untethered capitalism, seeing how it made “women made unfit for childbearing, children deformed, men enfeebled, limbs crushed, whole generations wrecked, afflicted with disease and infirmity, purely to fill the purses of the bourgeoisie”. Dennett is quick to highlight Salford’s inherent “solidarity” and “real working class culture”. Touting the way the city’s communities came together to tackle the pandemic, he suggests it’s “just how we do things in Salford”. But there is surely something to be said for the fact that Dennett – like Matthew Brown, his peer up the M6 in Preston – has been doing his job far away from the Westminster glare. “The press weren’t great fans of the previous leadership. That does have an impact when it comes to the public consciousness and how people perceive things,” Salford’s mayor suggests.

In a sense, both Dennett and Brown are case studies of what happens when politics and policymaking takes place in a vacuum. Beyond the gaze of the Murdoch papers, local leaders can take their message directly to the doorstep. And, it turns out, voters quite like the sound of stuff like insourcing or community wealth building when the newspapers aren’t shouting ‘communist!’ at every turn. That being said, the role of the media (or lack thereof) is just a small part of what is making regional Labour leaders in places like Salford and Preston successful. More important, in Dennett’s words, is having a “clear vision” – and “being able to sell that vision on the doorstep”. At the end of the day, that will do more to determine Starmer’s fate than any prime-time interview.