“They’ve all had a return on their investment at all of our expense.” 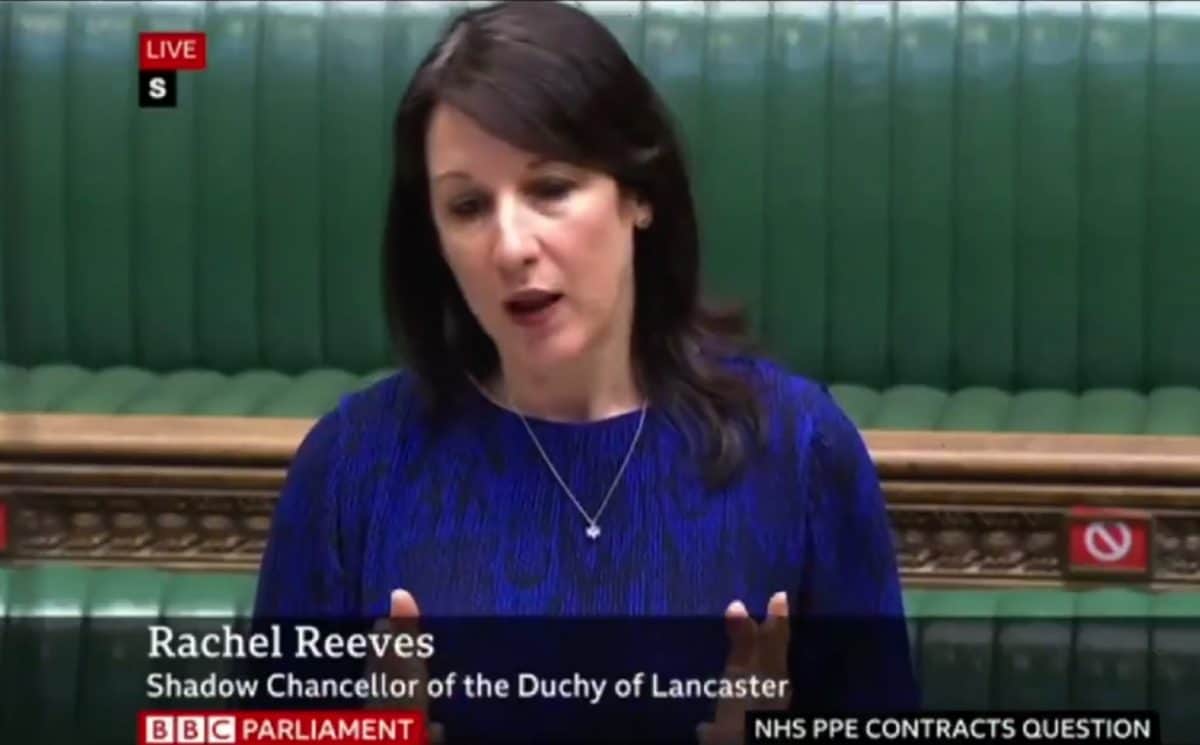 Labour hit out at “crony contracts” today after claiming £2 billion of deals for things like PPE were handed to people with “close links” to the Conservatives.

An urgent debate tabled shortly after Prime Minister’s Questions saw shadow cabinet office minister Rachel Reeves question how public money ended up in the hands of people with ties to the party.

She said: “There has been an unedifying gold rush of chums and of chancers.

“£2 billion-worth of contracts handed to those with close links to the Conservative party – from the pub landlord of the Health Secretary to the donors, the manifesto writers, the Old Boys’ club.

“They’ve all had a return on their investment at all of our expense.”

Earlier this month Reeves claimed that people on the government’s VIP list were ten times more likely to be awarded contracts during the Covid-19 pandemic, citing Pestfix and Matt Hancock’s pub landlord among those who have cashed in.

Last year it was revealed that Alex Bourne, who used to run a pub near to the health secretary’s former home in his Suffolk constituency, won a contract to supply tens of millions of vials for NHS Covid-19 tests – despite having no previous experience of making medical supplies.

A pest control firm from Littlehampton in Sussex was also “added to the high-priority lane in error without a referral”. Although it only had net assets of just £18,000 it was awarded a £350 million contract to supply PPE to the NHS, some of which had to be discarded!

Rachel Reeves – A stain has emerged with this govt's response to the crisis. There has been an unedifying gold rush of chums & of chancers. £2 billion worth of contracts have been handed to donors with close links to the Tory Party… we deserve the end of crony contracts. pic.twitter.com/00S4qwq4p4