The health secretary has been embroiled in a scandal over the handing out of Covid-19 contracts. 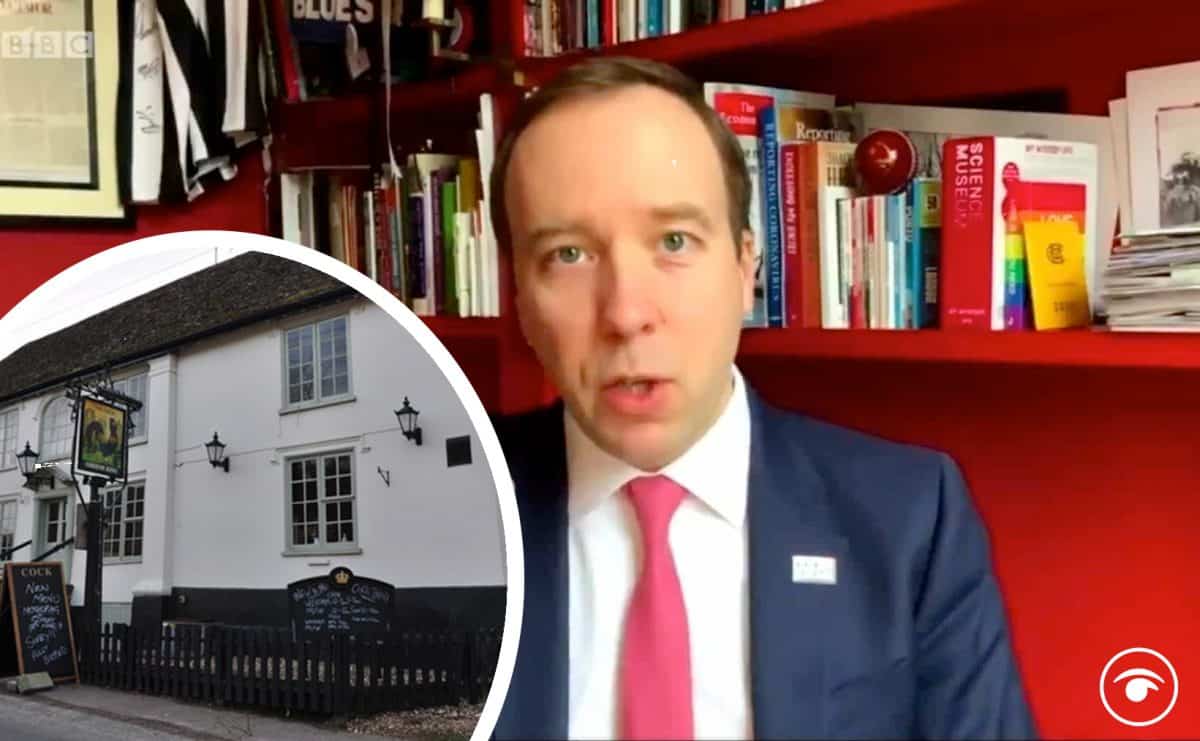 Matt Hancock appears to have slyly removed a picture of a friend’s pub from his study wall as he is engulfed in a battle over Covid-19 contracts.

Alex Bourne, who used to run the Cock Inn near Hancock’s former constituency home in Thurlow, made headlines after he secured a contract to supply tens of millions of vials for NHS Covid-19 tests – despite having no previous experience of making medical supplies.

He offered his services by sending Hancock a personal WhatsApp message, gaining access to a “high-priority” channel where bids for government contracts were ten times more likely to succeed.

Up until this week a photo of his former pub hung on the health secretary’s wall, but it appears to have been removed as Hancock fights fires in the wake of a High Court ruling which found he acted unlawfully by handing out Covid-19 contracts without publishing details in a timely manner.

Mr Justice Chamberlain judged that he should have obeyed government transparency principles mandating the publication of details of contracts within 30 days.

“There is now no dispute that, in a substantial number of cases, the Secretary of State breached his legal obligation to publish Contract Award Notices within 30 days of the award of contracts,” it was found.

“The Secretary of State spent vast quantities of public money on pandemic-related procurements during 2020. The public were entitled to see who this money was going to, what it was being spent on and how the relevant contracts were awarded.”

Spotted by @ElspethElspeth… Health Secretary Matt Hancock has changed the photo of The Cock Inn, Thurlow, hanging behind him in his Red Room. The pub was owned by Alex Bourne, who won a £30m Covid19 contract for test tube work. pic.twitter.com/8g7g2bihrR