"Waste, cronyism and inefficacy has marred this government's pandemic procurement, but they seem in no hurry to change that." 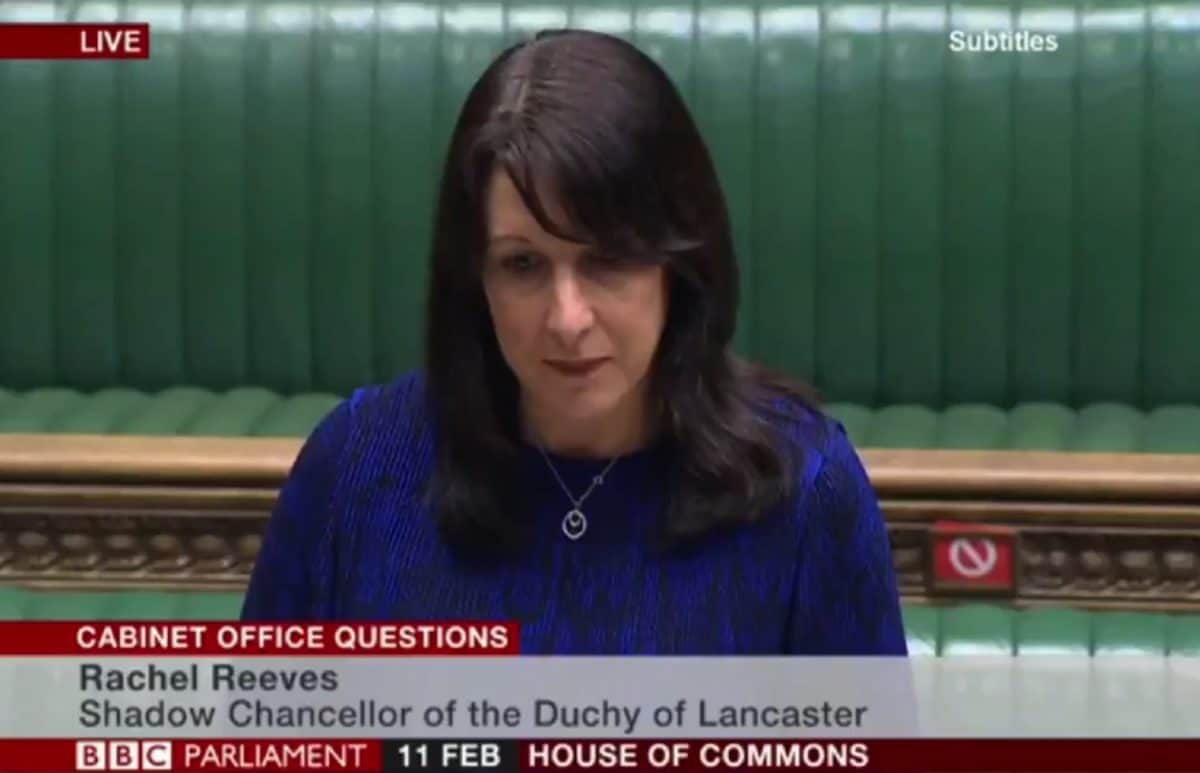 Rachel Reeves has called on the government to publish the names of all companies on the government’s VIP fast lane for PPE contracts after Matt Hancock’s pub landlord scooped a £30 million deal following a text from the health secretary himself.

Raising the issue in the House of Commons the Shadow Chancellor of the Duchy of Lancaster said people on the list were ten times more likely to be awarded contracts, citing Pestfix and Hancock’s landlord among those who have cashed in.

Last year it was revealed that Alex Bourne, who used to run a pub near to the health secretary’s former home in his Suffolk constituency, won a contract to supply tens of millions of vials for NHS Covid-19 tests – despite having no previous experience of making medical supplies.

A pest control firm from Littlehampton in Sussex was also “added to the high-priority lane in error without a referral”. Although it only had net assets of just £18,000 it was awarded a £350 million contract to supply PPE to the NHS, some of which had to be discarded!

Rachel Reeves – If you were able to get on this VIP fast lane you were 10 times more likely to be awarded a contract, leading to Matt Hancock's landlord getting a contract… so when will the govt publish details of who was on the VIP fast lane & how they got there? pic.twitter.com/q7HDenD8MG

In the House of Commons today, Reeves demanded a list of all companies was released for public consumption, saying:

“If it is honestly about what you know, rather than who you know, then when will the government publish the details of who was on the fast lane and how they got there?”

But Cabinet Office minister Michael Gove said: “It is the case that the Cabinet Office and the whole of government moved as quickly as we could to ensure those on the frontline received the equipment they needed…

In a statement after the Commons clash, Reeves said publishing the details would reassure the public that contracts were awarded on “what you know, not who you know”.

“With cronyism concerns continuining to mount, this government must urgently publish the names of these companies to reassure the public that these contracts were awarded on the basis of what you know, not who you know,” she said.

“Waste, cronyism and inefficacy has marred this government’s pandemic procurement, but they seem in no hurry to change that.

“A Labour government would clean up this contracting and make sure procurement works for our public services and the British people.”