Alex Bourne, who used to run a pub near to the health secretary’s former home in Suffolk, said he offered his services several by sending Hancock a personal WhatsApp message. 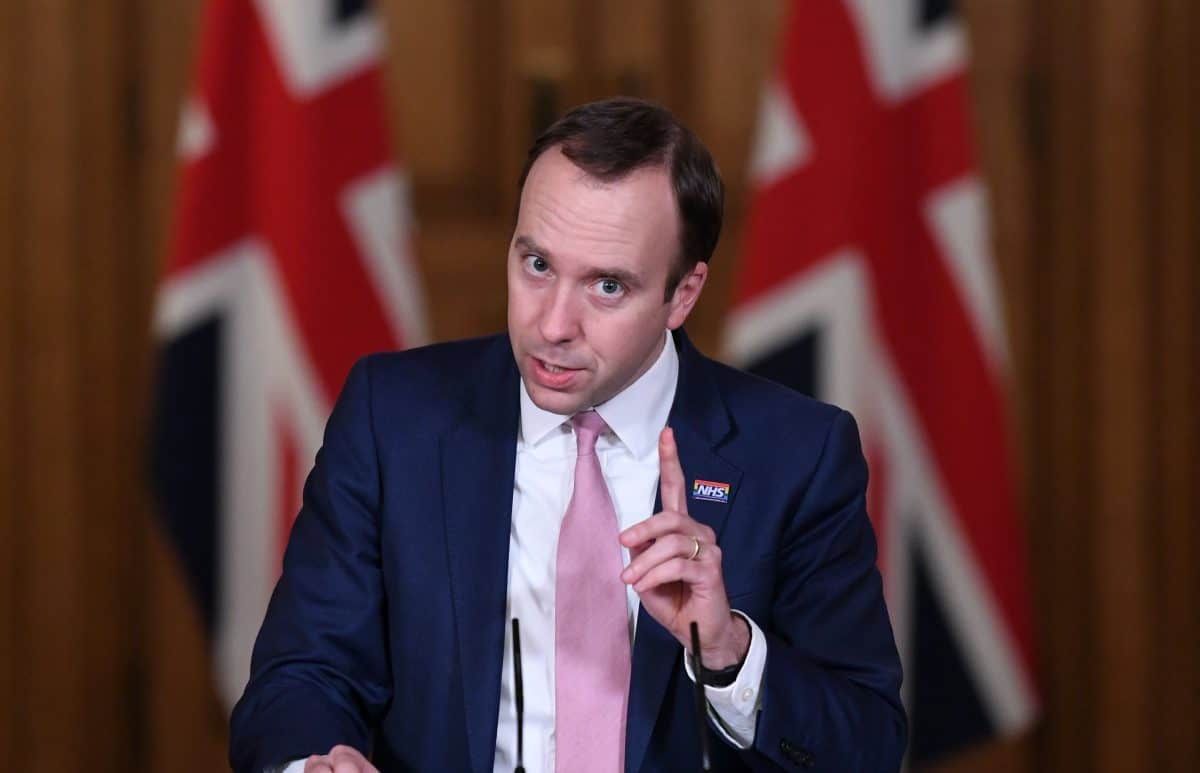 The government is facing fresh accusations of cronyism, after it emerged that a friend and former neighbour of Matt Hancock supplied tens of millions of vials for NHS Covid-19 tests – despite having no previous experience of making medical supplies.

Hinpack – Bourne’s company – was producing plastic cups and takeaway boxes for the catering industry at the time, the Guardian reported. It is now supplying roughly two million medical grade vials a week to the government.

Despite initially denying that he had any personal contact with the health secretary about Covid-19 supplies, Bourne eventually told the newspaper that he exchanged texts and emails with Hancock over several months.

He also reportedly participated in a Zoom meeting in August with other suppliers in the test-and-trace programme – as well as Hancock and Boris Johnson.

He had run the Cock Inn, a village pub in Thurlow, a few hundred yards from Hancock’s former home, until the end of 2017. The health secretary was a supporter of the pub, attending its reopening after a refurbishment and nominating it for an award in 2017.

Despite locals insisting that the pair were “buddies”, Bourne played down his relationship with Hancock to the Guardian. “I’ve never once been to his house. He’s never been to mine. I’ve never once had a drink with him,” he said.

A retired business consultant who knew Bourne, who claims to have discussed “chumocracygate” with Bourne, said: “He said he had been approached by the Guardian about being a friend of Hancock’s but he had said, no, he wasn’t a friend. It was sort of ‘how can they prove anything’.”

Suffolk local Sukhvinder Dhat, a retired management consultant, added: “How does someone like [Bourne] get a contract to do something like this?

“I was in management consulting for decades and we had to show some sort of capability or at least a client reference to get business. Who knew him to say he was an appropriate person?”

Lawyers for Bourne said it was “untrue” that their client had been helped “in any way, commercially or operationally” by Hancock.

“To suggest that our client has had political, indeed ministerial, help is to betray a deeply regrettable lack of understanding of how the supply chain works,” they said, adding that Bourne – a former captain in the British Army – had been spurred to offer his services out of a “sense of duty and willingness to serve”.

The National Audit Office revealed last week that PPE suppliers with political links were slid into a “high-priority” channel, where bids for government contracts were ten times more likely to succeed.

A Department of Health and Social Care spokesperson told the Guardian that there was “no evidence” to support suggestions that Bourne’s firm had received preferential treatment because of his relationship with Hancock.

“As the National Audit Office report has made clear, ministers are not involved in procurement decisions or contract management and to suggest otherwise is wholly inaccurate,” they said.