What the PM clearly does care about tackling though is the Lib Dems. As the resurgent party target the ‘blue wall’ it leaves one to wonder if he will spend more time attacking them or protecting victims of rape? 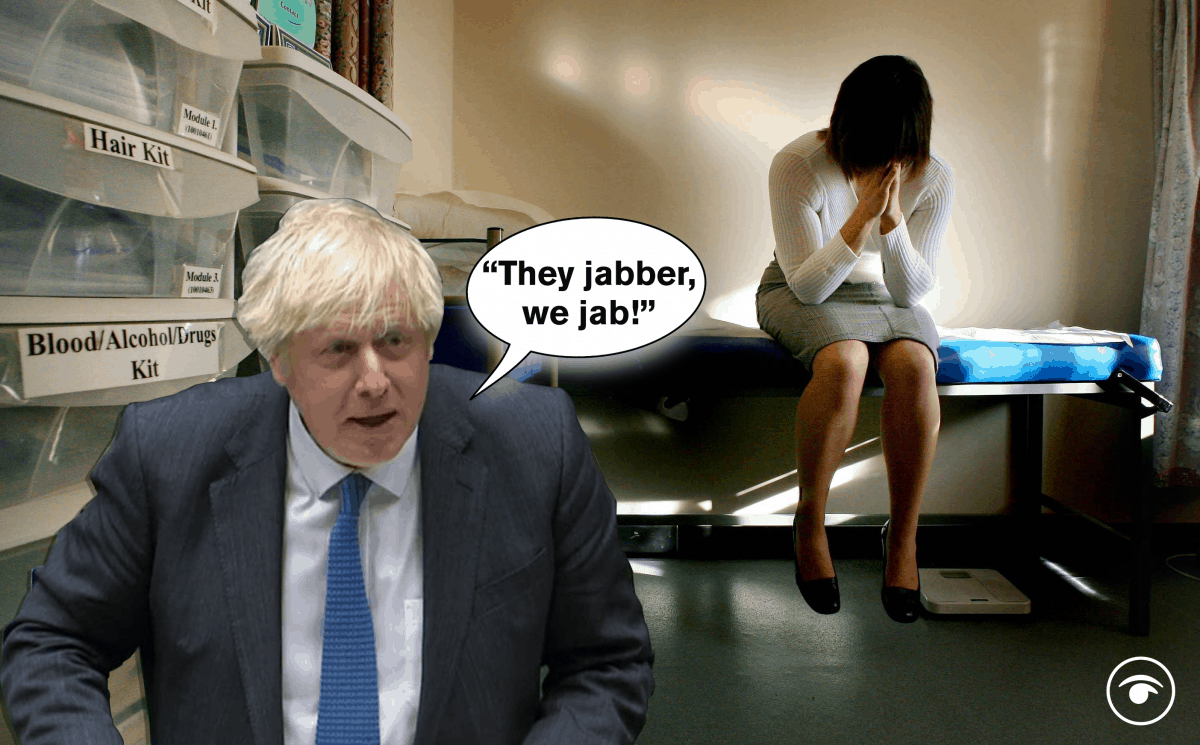 There is nothing like two slightly overweight middle-aged white men arguing with each other about rape to leave you feeling numb.

I don’t have Boris Johnson’s public school background or Sir Keir Starmer’s knowledge of the law, but unfortunately, I am quite alike in my physical appearance, and it was clear to me there was nothing to shout or cheer about this afternoon.

Starmer’s questions were about the conviction rate for rape, with 98.4 per cent of rape cases recorded by the police last year ending without anyone being charged.

Johnson said he has worked tirelessly throughout his career to help the victims of rape and sexual abuse, seemingly forgetting in 2019 when he complained about money being “spaffed up the wall” on investigating historic offences.

Johnson said: “Mr Speaker, but above all, we are helping them by getting our courts moving again,” which essentially means almost 99 per cent of victims will see their tormentor walk free sooner.

The questions, and lack of answers, went on for the two major leaders as they squabbled over the brutal topic.

But the PM didn’t read the room, when does he ever, and the perils of a pre-prepared line sounded horribly callous.

He said: “They jabber, we jab. They dither, we deliver. They vacillate, we vaccinate.”

It was unedifying to listen to his MPs barracking and cheering, point-scoring about the lack of convictions for rape – they should hang their heads in shame.

What the PM clearly does care about tackling though is the Lib Dems. As the resurgent party target the ‘blue wall’ it leaves one to wonder if he will spend more time attacking them or protecting victims of rape?

There was even some serious shade from Ed Davey when he referred to the ‘so-called Conservative heartlands.”

The PM also took some angry questions, from his own MPs on HS2 and the easing up of planning restrictions. The NIMBYs usually vote Tory Johnson. If you don’t know that you don’t know your voters at all.

In a response to a question, about yesterday’s Windrush day as a reminder of the “appalling failure” of the government’s compensation scheme, the PM responded: ”I hope that in due time the name Windrush will not just be associated with injustice but will be a positive name”, forgetting that if they arrived today they would have a Home Office run by Priti Patel to contend with.