Born in Villeurbanne in France on January 10, 1981, Julien Machot was different from his fellow classmates. Despite his early education in conservative schools in France, Machot was one of the few who stood out with unconventional thoughts and wanted to hustle from his early days. 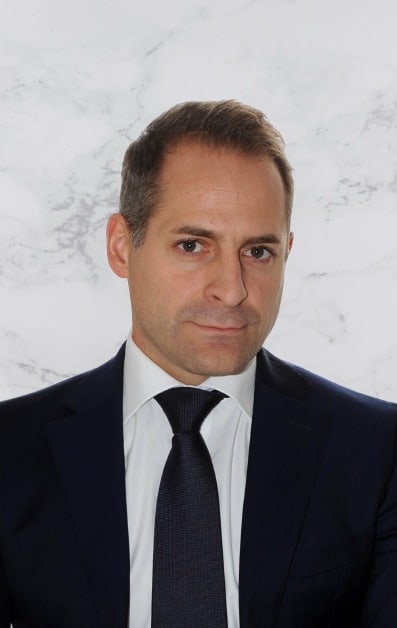 VERSO Capital is a disruptive, global merchant banking firm founded by venture capitalist Julien Machot who invests with high concentration instead of diversification.

In an era where technology has become the most disruptive force in the economy, keeping a clear vision and focus while carving a career path is not easy.

To be successful, people must be motivated, dedicated, and headstrong to continue moving towards their set goals. Among the many who have achieved their objectives in life is Julien Machot.

After years managing wealth for ultra-high-net-worth individuals, he is a former Private Banker who became the owner of a leading investment brand, VERSO, and a skilled investor, who has proved that nothing is impossible.

Julien Machot is a French investor and venture capitalist who took a risk to reach the position he is at today. His bold decision to quit his white-collar job at EFG Private Bank in Switzerland and starting his own firm is inspirational for many aspiring individuals.

Aligning Goals from the Beginning

Born in Villeurbanne in France on January 10, 1981, Julien Machot was different from his fellow classmates. Despite his early education in conservative schools in France, Machot was one of the few who stood out with unconventional thoughts and wanted to hustle from his early days. The American culture of working from a young age and being utterly independent by all means inspired him.

As he was determined to be independent at a young age, Machot had carefully planned his career path and followed it meticulously until he achieved his goal. As studies were his priority and he was passionate about mathematics, history, and English, he enrolled himself in the University of Limoges, intending to study for a Bachelor’s degree with a double major in Economics and English Literature. However, the thought of leading an independent life did not leave Machot’s mind.

So, as soon as he turned eighteen, he moved to the United States with an Au Pair student visa in his pocket and the intention to become independent. He continued his studies at the University of Michigan and then at the University of Oklahoma at the time under the leadership of President David Boren.

Machot was aware of the importance of education and wanted to set a strong base for himself before stepping into the professional world. He obtained a Master’s degree in English Studies at the University of Paris III: Sorbonne Nouvelle.

The following year, he earned a master’s degree in Economics and International Trade from CESCI in Paris. He even studied several Executive Education programs, including Venture Capital, from the University of California, Berkeley.

He started his career as a Sales Manager covering EMEA clients. In 2007, he founded the Sloane Group after relocating to London, United Kingdom. Then he took up the position of CEO at the MBA Center until 2012 with the main task to build up the business across 14 European countries. After that intensive managerial experience, in late 2012, he joined Mirabaud Private Bank in Geneva, Switzerland as the first Business Manager.

Attracted by private equity and venture capital, Julien Machot co-founded the Geneva Investor’s Circle and acted as Treasurer for four years. He was later appointed as UHNW Private banker at EFG Bank in Geneva, and served as the Vice President. All these years of working at different ranks and taking up challenges groomed his professional personality and charisma immensely. He gained extensive investment knowledge and experience alongside senior bankers and self-made billionaire entrepreneurs throughout his banking career.

2017 was the year when he applied his knowledge into concrete entrepreneurial and financial action when he started VERSO and its investment platform, VERSO Capital.

Success is relative to all individuals, but taking up a challenge and doing something risky sets them apart. Risk is the key that gives a person an edge to find success in what they desire. As Julien Machot has been focused on making himself independent since day one, he took up the risk of quitting his white-collar job and starting a new venture. Although it was not an easy decision for him, as he had to trade his stable and secure employment for an uncertain future, he still went for it with total dedication.

Machot re-evaluated his knowledge and expertise about traditional banking and investing. And since he has always desired to be independent and wanted to have things done in his way, establishing his own was a win-win situation for him. VERSO Capital was born from the steady ambition and profound desire to turn the page and do it his way. His venture is about investing with high concentration instead of diversification, impactful conviction rather than diluted rationale. After nearly 20 years of entrepreneurship and investing in private equity, he finally found the perfect medium to express this independence, to create value in a formidable, creative, and bold way.