National insurance? UP! Council tax? UP! Energy bills, burdens on families, food prices? UP, UP, UP! 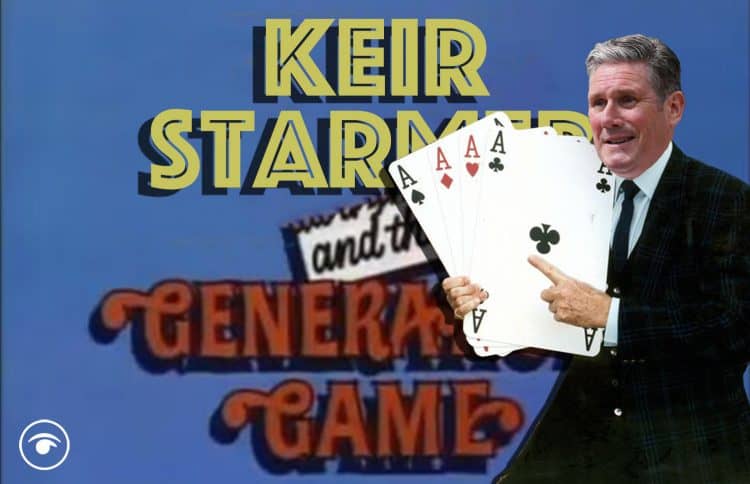 It’s the Battle of Britain memorial day and to pay respects the House of Commons became embroiled in a culture war during today’s PMQs.

Virtually no Tories wore masks and nearly all Labour did.

You feel that an email did the rounds for both. One trying to keep people alive and another trying to keep vaccine sceptics away from the surgery. As the health secretary says, you can’t catch Covid from your mates.

Sajid Javid seemingly forgot when Matt Hanock and Boris Johnson both caught Covid-19, but then their friendship had soured, so maybe he has a point…

Unmuzzled the Tories barked over the outnumbered and muffled Labour benches.

But Sir Keir Starmer had a plan, as shocking as that might sound, and channelled his inner Bruce Forsyth to ask the PM if the Universal Credit cut would mean a single parent on minimum wage would have to work more or less than two hours work.

Was it higher or lower? The PM had no answer.  It was the price of milk question in a game show format.

Let’s be honest most MPs have never been that short of twenty quid. Therese Coffey, who is really keen to slash Universal Credit without reading HMRC document warning of its dangers, claimed over £200,000 in expenses. The price is right at £201,278.38, between 2019 and 2020.

So what was the answer?

Well, it was higher, a lot higher…

You would have to work nine more hours a week, Starmer said, basically another full day’s work, for someone already working full-time and bringing up children.

The PM fought back though. Nurses will be getting a pay rise, wages are up across the board, and so are vacancies. All right my loves?

All true, but the prices are just being pushed onto the consumer through the largest inflation raise in almost a decade.

The session quickly turned from a game show to a pantomime as Starmer then chanted: “Taxes on working people?”… “UP” shouted the masked ranks behind, I think.

Energy bills, burdens on families, food prices? “UP, UP, UP.”

You get the point.

The PM pointed out it was panto season, the speaker said the panto was actually behind Johnson.

But it looked like some people didn’t get their ticket to the show today.

Cruella de Pfeffel Johnson is looking to reshuffle later this afternoon and Dominic Raab, Gavin Williamson, and Coffey were missing from the front benches.

All three appear to be paddleboarding up that excrement estuary. Didn’t they do well….

Liz Truss was smiling and shouting more than ever.

Maybe Johnson’s ego is that fragile that, if you play your cards right, this would keep her in a top job.

Or maybe, god forbid, she is given an even more prominent government role.

So later today PM may be saying ‘nice to see you, to see you nice’ to Truss, leaving everyone else to slump in their seats and sigh ‘oh, wasn’t that a shame.”