Experts have forecast inflation will hit 4 per cent by the end of this year - far above the Bank of England’s 2 per cent target. 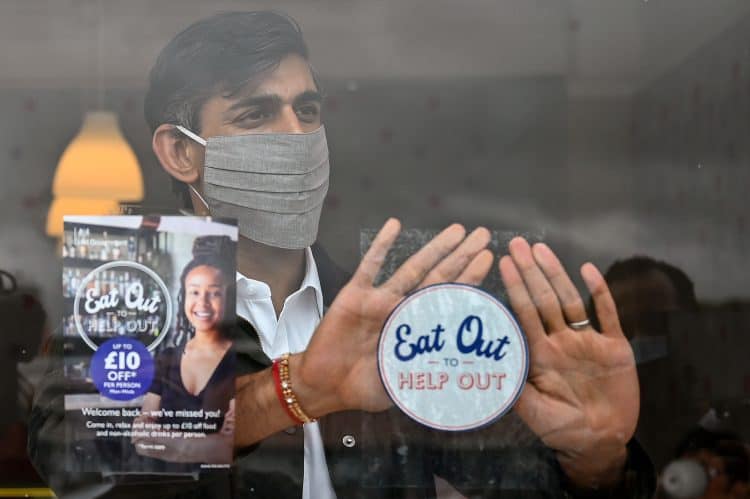 UK inflation has surged to its highest for nearly a decade after a record jump in August as restaurant and cafe prices raced higher following last summer’s discounts under the Eat Out to Help Out scheme.

The Office for National Statistics (ONS) said Consumer Prices Index (CPI) inflation jumped from 2 per cent in July to 3.2per cent in August, which is the highest since March 2012 and far above the Bank of England’s 2per cent target.

The ONS said the increase – the largest since records began in 1997 – was due to the discounts seen across the hospitality sector last August under Chancellor Rishi Sunak’s Eat Out to Help Out scheme to boost consumer spending and confidence after lockdown.

Inflation to hit 4 per cent

It added there was also likely to have been some impact from the supply chain crisis on inflation last month, which it said helped push up food and non-alcoholic drinks prices.

The ONS said August’s hefty rise is set to be temporary, but experts have forecast inflation will hit 4per cent by the end of this year as the economy bounces back from the pandemic.

Jonathan Athow, deputy national statistician at the ONS, said: “August saw the largest rise in annual inflation month on month since the series was introduced almost a quarter of a century ago.

“However, much of this is likely to be temporary as last year restaurant and cafe prices fell substantially due to the Eat Out to Help Out scheme, while this year prices rose.

“Food and non-alcoholic drink prices rose by more than last year, which also helped push up the rate.”

In a further sign of the pressure from the supply chain woes, the ONS said manufacturers are seeing huge cost rises of raw materials, with both input and output – or factory gate – prices rising at the fastest rate for a decade.

There are fears these will be passed on to consumers in time, although the ONS said it is unclear how long it will take to filter through to wider inflation.

The ONS figures showed that Eat Out to Help Out from a year ago, as well as the temporary VAT cut, had the biggest impact on August CPI, with restaurant and hotel inflation soaring by a record-breaking 8.6per cent.

Mr Sunak launched the scheme last year to help the embattled hospitality sector recover as the economy reopened after lockdown, offering diners up to 50per cent or £10 each off at pubs, cafes and restaurants.

But the ONS said the impact should reverse next month, given that the scheme only ran for one month in 2020.

The ONS data also showed that food and non-alcoholic drink prices surged 1.1per cent month on month, or 0.3per cent over the year.

Global supply chain issues, combined with a lorry driver shortage in the UK, has been leading to pressure on availability of raw materials and retail stock, leaving supermarket shelves increasingly bare in recent weeks.

Builders have also been reporting delays and higher prices across materials including cement, steel and bricks.

The ONS added that the Retail Price Index (RPI), a separate measure of inflation, increased to 4.8per cent last month.

CPI inflation including owner-occupiers’ housing costs – CPIH, which is the ONS’s preferred measure of inflation – was 3per cent in August up from 2.1per cent in July.