Slouched in his chair, 'bedsit Boris' stares out of the cracked window, breath trails holding in the air, with the kids long gone back home. 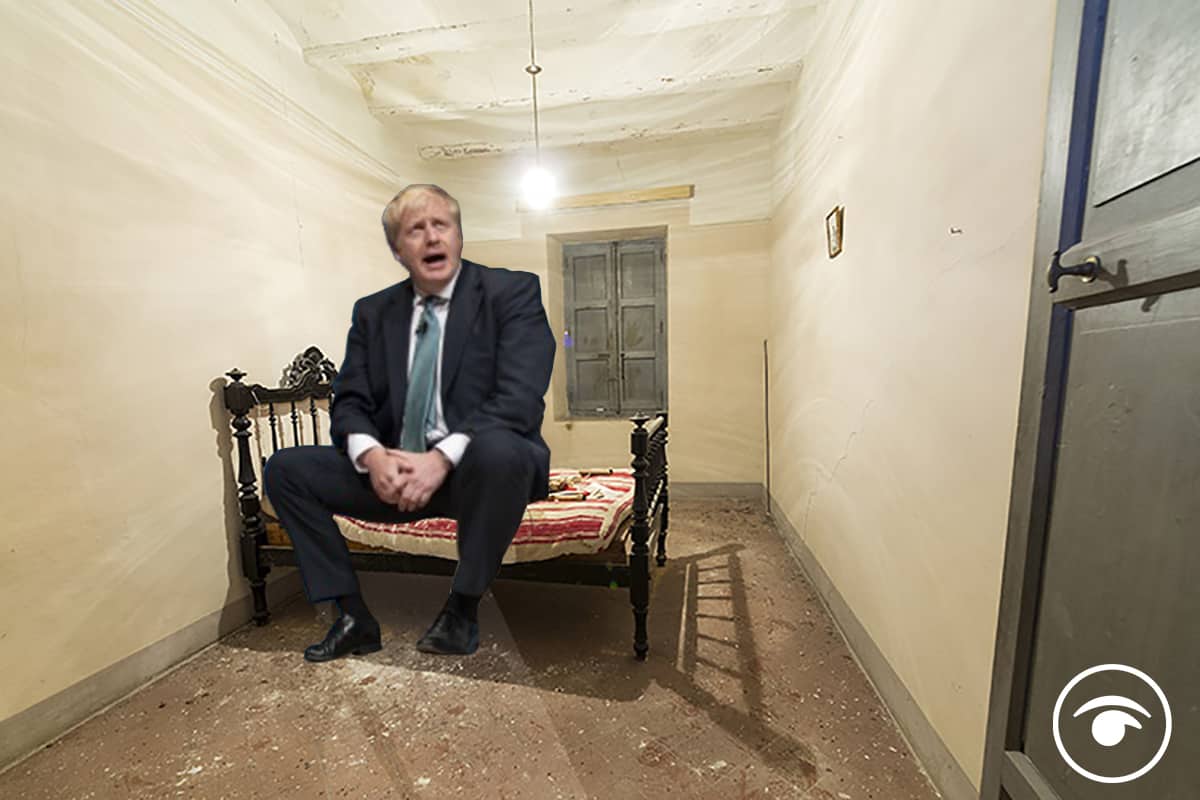 Divorce is messy, the emotional decision that led you to leave the marital home might have been building for years, perhaps after taking advice from the wrong people, ‘You could do better,’ constantly ringing in your ear. It can turn your head.

But when you make a dash for the door, the freedom you dreamed of can quickly become a living nightmare.

As you find yourself in a bedsit, crying into a flannel, the lawyers call you up – knowing you are on the ropes. It turns out it’s a lot more complicated than slamming the door on your way out and blaming your other half for all your problems. Actions have consequences.

Taking your kids with you wasn’t a good call either. They have wanted to leave you since 1707. By doing this they just hate you more.

The glimmer of hope was the ‘oven ready’ new partner you had lined up. Sadly you are not such an attractive proposition, vulnerable and confused. The shine has come off and you look like a basketcase, increasingly erratic.

This leaves you making desperate phone calls late into the night; they block your calls. You make a last minute dash for dinner; the last supper. This is where Boris Johnson finds himself this evening as he heads to Brussels to meet Ursula Von Der Leyen.

A year ago the prime minister told us that the chances of no deal being struck were “absolutely zero”. It isn’t looking that way now.

So Johnson harked back to a time before 1975. Maybe an Australian-style deal will take him back, knowing full well that means No Deal. That was a turbulent and destructive relationship. Perhaps people will remember the good times, when Britain was the Sick Man of Europe.

The desperation was etched over Johnson’s face at Keir Starmer’s questions. Admittedly the Labour leader hasn’t wanted to get too involved in the separation. He will need to pick up the pieces, ‘he wasn’t worth it.’

The ex-mayor of London even tried to (trading) block love rival Starmer, self-isolating in his ‘spiritual home’ in Islington. Starmer lives in Camden. However, last year the prime minister put his five-storey, Grade II listed home in Islington on the market for £3.75 million. He sold it, ironically, because of his divorce.

But this separation is dragging us all into it. It is hard enough to keep one person happy let alone a nation. Our ex still lives close by, and is legally entitled to maintenance payments.

It was always bound to leave us resentful, angry and broke. Slouched in his chair, ‘bedsit Boris’ stares out of the cracked window, breath trails holding in the air, with the kids long gone back home.

But he got his freedom – and that’s what matters.