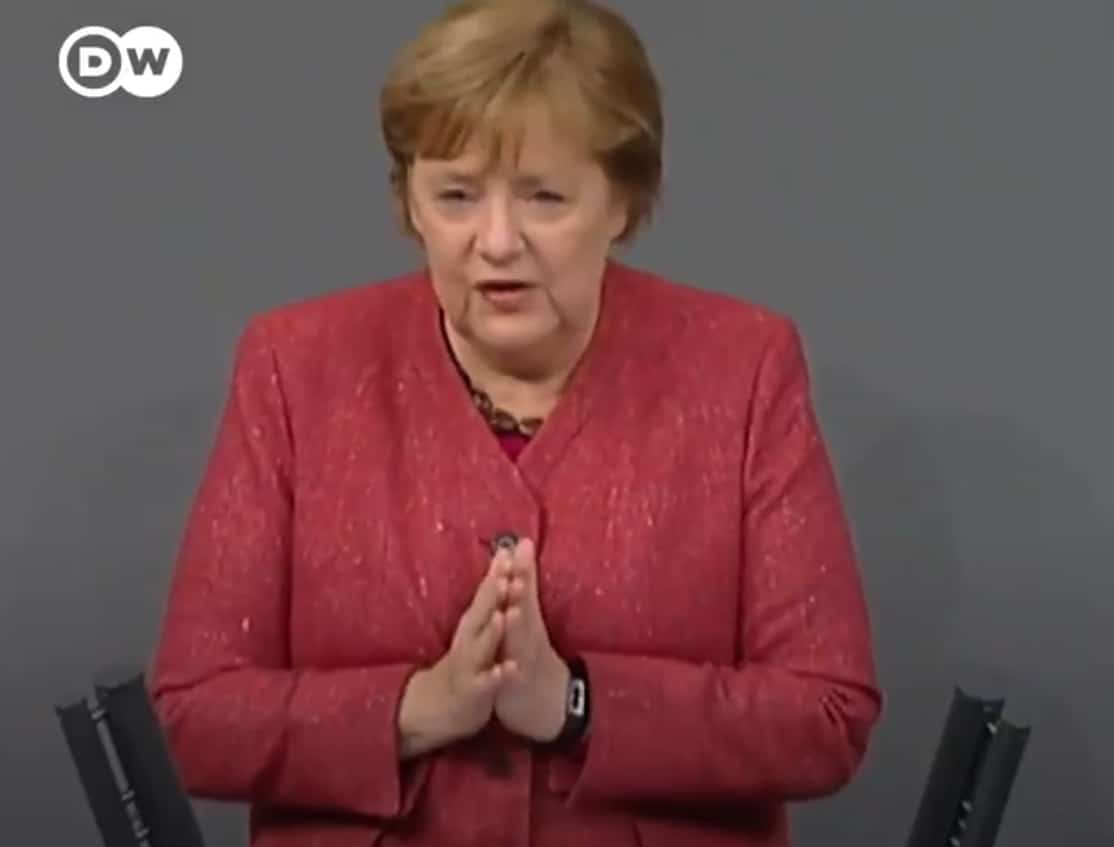 Angela Merkel sent out an impassioned plea to Germans ahead of the Christmas period, saying the country cannot afford to risk 590 deaths a day as a price for letting their guard down.

The Chancellor has called for much tougher restrictions on public life as she gave her public backing to recommendations from the National Academy of Science, Leopoldina, which were released on Tuesday.

They call for an end to required school attendance starting December 14th, an extended Christmas school break, a full closure of all but essential businesses starting December 24, and working from home to the fullest extent possible.

Merkel said she opposed opening hotels so families could meet over the Christmas and New Year’s holidays and that she agreed with recommendations to close shops after Christmas until January 10.

“I really am sorry, from the bottom of my heart. But if the price we pay is 590 deaths a day then this in unacceptable”, she said.

It comes after The Robert Koch Institute, Germany’s public disease health authority, announced a record daily death toll in Germany of 590 people bringing the total since the start of the pandemic to 19,932 with more than 1.2 million infections.

“I really am sorry, from the bottom of my heart. But if the price we pay is 590 deaths a day then this in unacceptable.”