If Johnson’s stewardship of this crisis is comparable to any of Britain’s modern military engagements it is surely the Battle of the Somme, wherein wave upon wave of troops were sent to their inevitable demise. 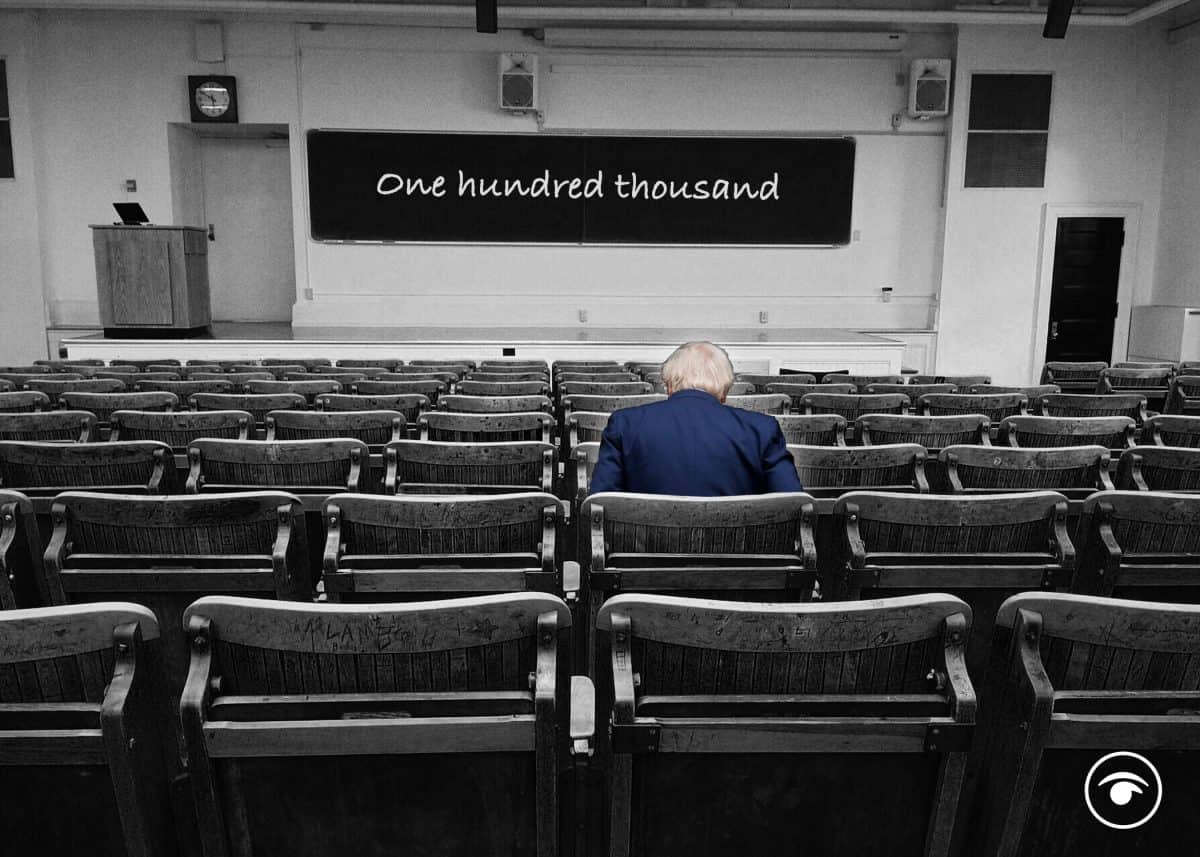 It is a sombre day – and that feeling of loss permeated Prime Minister’s Questions in the House of Commons this afternoon. This morning’s front pages – particularly those newspapers staunchly in Boris Johnson’s court – had painted the prime minister as a wartime leader, mourning 100,000 fallen comrades. But really, that doesn’t wash.

If Johnson’s stewardship of this crisis is comparable to any of Britain’s modern military engagements it is surely the Battle of the Somme, wherein wave upon wave of troops were sent to their inevitable demise. Even Field Marshall Douglas Haig eventually realised what he was doing was a pointless waste of lives.

Lions led by donkeys, the history books will read. With Johnson stubbornly refusing to learn the lessons of the past eleven months, digging himself deeper into the trenches of denial, it is becoming increasingly difficult to view this crisis any differently.

To business. Sir Keir Starmer, forced into self-isolation for the third time, asked the prime minister if he could explain why the UK has recorded the worst coronavirus death rate in the world. Johnson replied that he had faced a new virus, a new variant and other unspecified ‘dilemmas’ – seemingly suggesting that six figure deaths were inevitable.

But that misses the point that almost every other country endured similar ‘dilemmas’ – and most of them aren’t island nations, cut off from their neighbours by ocean on every side. A natural barrier to infections, you would assume, ask Jacinda.

Australia – another, rather larger island – has suffered just over 900 deaths in total. Yesterday, 1,631 people died from the virus in the UK.

The PM told MPs that there will be a time to examine the lessons learned, but “I don’t think that moment is now”. The government’s position, then, is “we’ll get to that later” – in other words, when the lessons that could be learned can no longer be applied. It’s feeble, and surely sets the stage for Britain’s death toll to climb towards 150,000 before this thing is finally finished.

It’s worth remembering that the Chilcott Report into the Iraq War took seven years and was heavily redacted. So we can only assume that it is at least that length of time before we get a similarly whitewashed document into Johnson’s pandemic response. That period also equates to about three love children in Johnson’s covert conceiving currency.

We’ll also have to cope with Sir Kenneth Branagh dramatising the whole affair on Sky in the meantime – God help us.

By the time any inquiry delivers its findings Johnson will likely be long gone – making millions on the lucrative US lecture circuit and dodging Carrie’s demands for a divorce settlement. She should have learned by then that Boris’s mantra has always been that no deal is better than a bad deal. If he won’t even pay the EU divorce settlement with our money, imagine when it is his own funds that will be depleted.

As for the Covid deaths the erstwhile prime minister oversaw, they will be filed towards the back of his mind, alongside a Garden Bridge and countless water cannons. Folly of his younger days.

The reopening of schools was a major talking point today – as it always seems to be. Starmer pointed out that it would be a good idea to spend the half-term on the mass vaccination of school staff, and then it would be safer to reopen to send children back. It seems like a sensible idea to encourage teachers, and parents, to feel schools are safer.

In fact can you think of a British politician, living or dead, who has resorted to cheap stunts and underhand  tactics more than Johnson? Answers on a thimble.

Still, all of this felt like a sideshow to today’s real story. Johnson’s advisers once said that 20,000 coronavirus deaths would be a “good” outcome. We’ve now hit five times that figure, with not much sign of slowing down.

If that’s not a catastrophic failure, what is?

Does this MP speak for us all?

Warm words of sorrow are little or no comfort, as you can see from Carolyn Harris’ face , below, when the PM mentioned her recently deceased father.