“The infrastructure of the Irish Sea border is the physical manifestation of not just the partitioning of the UK but the locking of Northern Ireland into the economic orbit of the Republic/EU.” 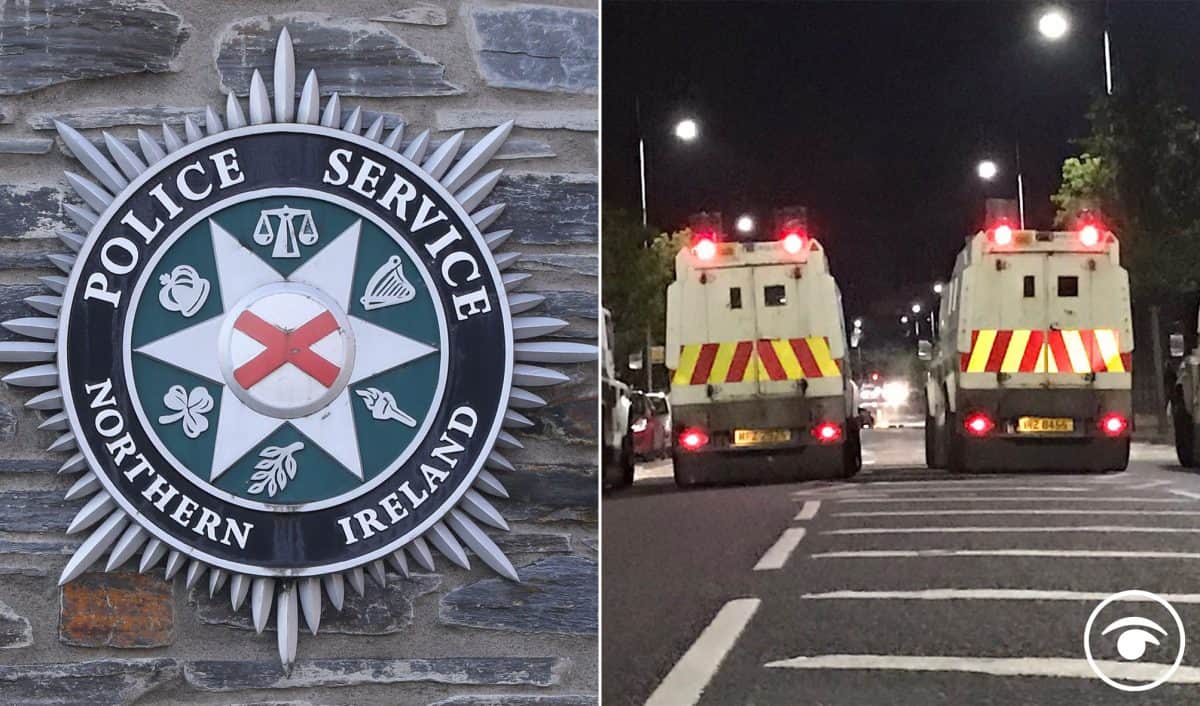 Discontent in loyalist communities is “growing” over the Northern Ireland protocol, a senior police officer has said. It comes as a unionist has called for co-operation with the Republic of Ireland to be frozen and work implementing the post-Brexit Northern Ireland Protocol to be abandoned.

More graffiti as well as low-level intelligence and social media monitoring have provided early pointers, but feedback is not causing the force significant concern, the Police Service of Northern Ireland (PSNI) said.

The force is braced for more street protests over disruption to trade from the rest of the UK once the coronavirus emergency and lockdown restrictions ease.

Assistant Chief Constable Mark McEwan said: “We are seeing signals, there are signal incidents that have happened, particularly in recent days.

“We are starting to see graffiti, we are picking up social media sentiment of a growing discontent, particularly within the Protestant/loyalist/unionist community.

“That has not manifested itself in any out workings at this point.”

Northern Ireland is continuing to follow some of the EU’s rules despite Brexit, to prevent the establishment of a hard border on the island of Ireland.

Hauliers have faced difficulties transporting stock to Northern Ireland from the rest of the UK.

Mr McEwan said the end of the three-month grace period on March 31, for supermarkets transporting goods and requiring parcels sent to Northern Ireland from the rest of the UK to include customs declarations, is an important date.

Unless a political solution is found, that could see some items become unavailable in Northern Ireland, or become more costly.

Mr McEwan told the Northern Ireland Affairs Committee of MPs: “That will focus people’s minds, I believe, in terms of how Northern Ireland looks and feels for certain members of our community.”

The country’s coronavirus lockdown has been extended until March 5.

Mr McEwan added: “If we get to the point where we don’t have such stringent restrictions, where people are not as worried about the health crisis, we may see that manifest in the likes of protests, and we are prepared for that.”

He said intelligence on the unionist community is not causing significant concern but it is something the force is monitoring.

“Were we not in this current environment around the pandemic we would probably see a more visible outworking of that on the streets of Northern Ireland,” he added.

The Northern Ireland protocol is designed to allow the country to follow the EU’s customs rules and has caused delays at the ports because of new declarations and checks.

The DUP has been vociferous in opposition to the protocol’s operation.

The party’s North Antrim MP Ian Paisley said there is “anger and bitterness” in the communities he represents.

He told the committee: “Some sections of the community are starting to sense that they are sitting on a powder keg.”

Claire Hanna, the nationalist SDLP’s anti-Brexit MP for South Belfast, said it is proper that the senior officer be measured in his comments.

She added: “We do not need any trouble at a very difficult time.”

Goods are flowing effectively between Great Britain and Northern Ireland, the Government has previously said.

The end of the transition period has produced deep-seated structural problems which will not be quick to resolve, the Road Haulage Association warned.

A unionist has called for co-operation with the Republic of Ireland to be frozen and work implementing the post-Brexit Northern Ireland Protocol to be abandoned.

Mr Allister is his party’s representative at the Stormont Assembly and has a number of local councillors.

He has been a persistent critic of the large unionist parties and devolved powersharing with Sinn Fein over many years.

Mr Allister said: “Underpinning Stormont, we are told, is the equilibrium of the north/south and east/west arrangements.

“With the east/west relationship being trashed by the operation of the Protocol, the DUP and UUP, as key operatives of the north/south arrangements, should freeze their involvement until the east/west equilibrium is restored.”

The North South Ministerial Council allows all-Ireland co-operation on issues like tourism and management of waterways.

Northern Ireland is continuing to follow some of the EU’s rules despite Brexit, to prevent the establishment of a hard border on the island of Ireland.

DUP agriculture minister Edwin Poots’ officials are conducting checks on some animal products arriving at ports in Belfast and Larne.

Hauliers have faced difficulties transporting stock to Northern Ireland from the rest of the UK amid extra paperwork requirements.

Mr Allister said: “It is surely as incongruous as it is complacent to continue to work north/southery while our east/west links are emasculated.

“Accordingly, I suggest unionist parties within the executive should publicly and jointly refuse to operate the north/south arrangements unless and until the protocol is addressed.”

The institutions for co-operating with the Republic of Ireland and with the rest of the UK were created by the 1998 peace agreement.

Mr Allister asked: “How often have we heard about the sanctity of the Belfast Agreement ‘in all its parts’?

“Well, does the east/west part not matter? It’s time to put it to the test.”

Mr Allister said the adverse constitutional impact of the protocol was obvious.

“The infrastructure of the Irish Sea border is the physical manifestation of not just the partitioning of the UK but the locking of Northern Ireland into the economic orbit of the Republic/EU.”