The Telegraph reported that last week that Mr Johnson was blocked three times from speaking directly with the German and French leaders as the EU sought to keep a united front over the Brexit talks. 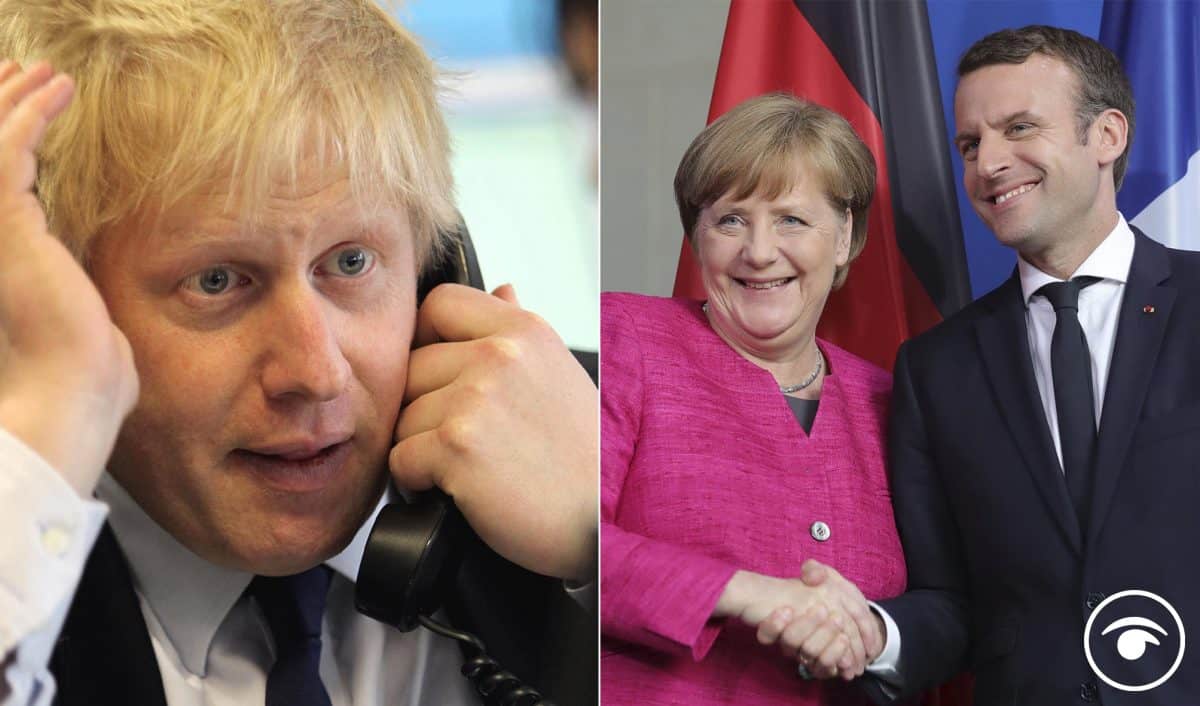 The PM has confirmed he has been rebuffed again in efforts to speak with European Union leaders as he strives to secure fresh trade terms.

Senior ministers have said in recent days that the current logjam in the post-Brexit trade talks requires a political solution, with the Prime Minister offering last week to tour European capitals in order to iron out the remaining differences.

But Mr Johnson confirmed that the European Commission has once again blocked his attempts to engage directly with German Chancellor Angela Merkel and French President Emmanuel Macron as negotiations enter the 11th hour.

The two leaders are seen as powerbrokers in signing off on any EU compromises that might be required to ratify a deal.

Mr Johnson and European Commission president Ursula von der Leyen agreed during a phone call on Sunday to continue trade negotiations, rolling over the deadline which had previously been set for the end of the weekend.

They agreed to go the “extra mile” in a bid to prevent a no-deal scenario on January 1 when transition arrangements come to an end.

Speaking from Downing Street after the call, Mr Johnson told broadcasters: “I’ve repeated my offer, which is if it is necessary to talk to other capitals, I’m very happy to do that.

“The Commission is very determined to keep the negotiations to the way they have been done, between us and the Commission. That’s fine.”

Germany’s Mrs Merkel is a close ally of Mrs von der Leyen, who previously served in her cabinet, while the French president is seen as having a major role to play in solving the UK and EU differences on fishing rights.

Mr Macron has reportedly threatened to veto a UK-EU trade deal after expressing dissatisfaction at the new quota terms being thrashed out for his fishermen.

Foreign Secretary Dominic Raab made clear on Sunday that the Government feels there needs to be political movement among Europe’s leaders rather than a technical breakthrough in the conversations between the chief negotiators.

Lord Frost and his EU counterpart, Michel Barnier, recommenced talks in the Belgian capital at 8am on Sunday.

Mr Raab told Sky News’ Sophy Ridge on Sunday programme: “We want to be treated like any other independent self-respecting democracy.

“If the EU can accept that at a political level then there’s every reason to be confident, but there is still, I think, a long way to go.”

The Telegraph reported that last week that Mr Johnson was blocked three times from speaking directly with the German and French leaders as the EU sought to keep a united front over the Brexit talks.

The paper said the Conservative Party leader raised the prospect of a meeting with Mrs Merkel and Mr Macron when at dinner in Brussels with Mrs von der Leyen on Wednesday.

Europe’s top official is said to have told Mr Johnson he was welcome to make the offer but that she knew it would be turned down.