"The Daily Mail/ Mail on Sunday are acting like a drunk, ranting hooligan at the bus stop who just hurls mindless abuse at people they don’t like." 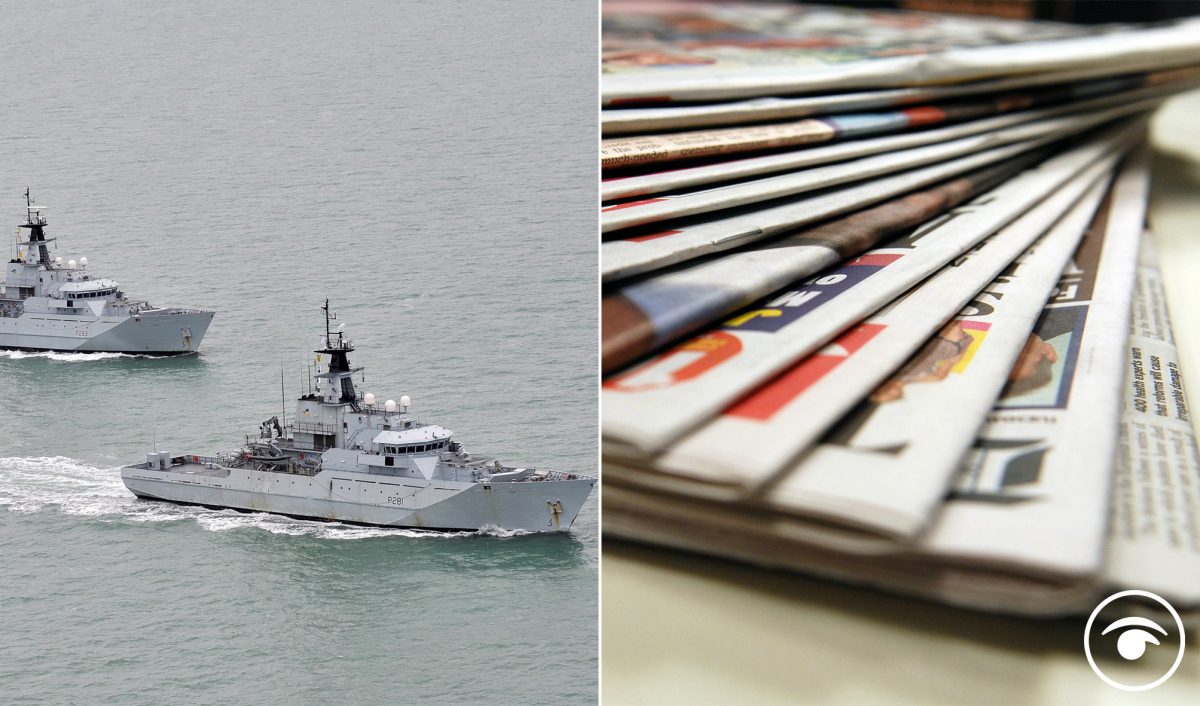 The Sunday papers focus on the final day of post-Brexit trade talks.

Negotiators from the EU and the UK are set to carry on their marathon discussions through Sunday as they attempt to reach a resolution over goods and services, according to the nation’s front pages.

The Sunday Mirror reports it is “Hours from a no deal”, an outcome for which the Sunday Express says “We are ready!”.

However, it is the Mail of Sunday’s front page that has really riled many people. The headline reads: “Merkel wants Britain ‘to crawl across broken glass.’

In reaction to this Andrews Adonis Tweeted: “Today’s Mail on Sunday is vile, xenophobic trash. It wouldn’t matter but for the fact that it is also the view of the prime minister & much of the Tory party. Utterly shameful and one of the lowest points in the modern history of this country.”

Samuel West Tweeted: “As you know, Germany has a history with broken glass, so this seemed like an odd thing for a German politician to say. Read on, and you discover that this baseless quote is an anonymous one from a UK ‘source’. #MailOnSunday, your headline is xenophobic nonsense. Please stop it.”

Labour MP Bill Esterson also added: “So offensive of Johnson to brief journalists saying Merkel would make us crawl across broken glass. He knows the hurt this causes because of Kristallnacht. A deliberate act from the British Prime Minister. Utterly reprehensible.”

A view from Germany and EU seems this jingoism has not gone down well. Juergen Maier Tweeted: “These headlines are not going down well in #Germany / #EU, but then you have never missed an opportunity to whip up #Xenophopbia @DailyMailUK. It is always dreadful, but at this point, to undermine a last minute hope of a deal is particularly irresponsible.”

Seb Dance Tweeted: “So they’ve had a go at the French. Now it’s the Germans. Nice. Classy. Instead of seeing consequences of what they campaigned for, the Daily Mail/ Mail on Sunday are acting like a drunk, ranting hooligan at the bus stop who just hurls mindless abuse at people they don’t like.”

The Sunday Express claims that “No-deal: We ARE ready!”

The Sunday Times says supermarkets are stockpiling food and other goods, with food producers warned “there will be shortages of vegetables for three months”.

Ministers are preparing a multibillion-pound rescue package for industries that will be the worst affected if a trade agreement is not reached, according to The Sunday Telegraph.

The Observer says the Prime Minister faces a “rising tide of anger” from senior Conservatives and business leaders over a no-deal outcome and for threatening to use Royal Navy gunboats to defend UK fishing waters.

The Government purchased personal protective equipment to fight the coronavirus “from firms accused of slavery” despite warnings from within Whitehall, The Independent reports.