"When you see violence of the Proud Boys in support of Trump you must know Trump wants that because as a fascist, he needs violence." 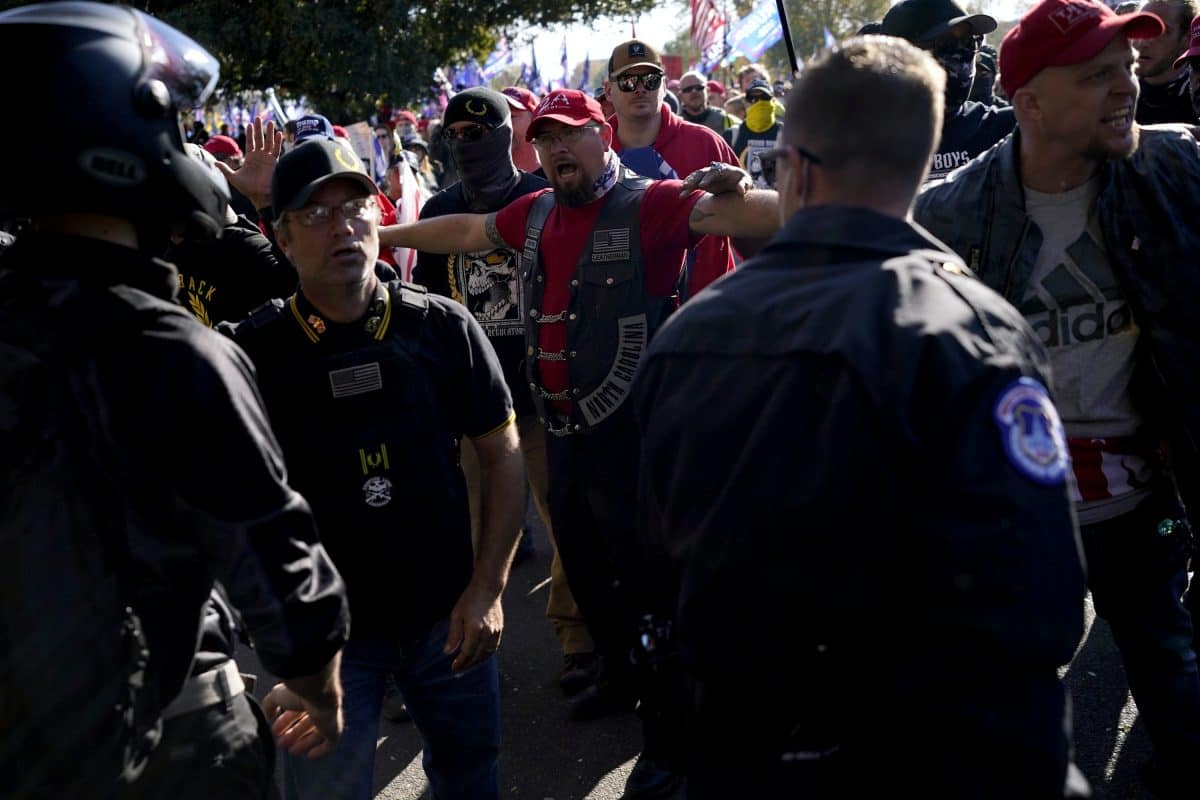 In shocking scenes at least four people were stabbed and one shot yesterday amid clashes between far-right Trump supporters and counter-protesters in Washington DC and also Washington state.

Violence incidents broke out in several locations in  DC following a ‘Stop the Steal’ rally in support of Mr Trump’s repeated and baseless allegations of electoral fraud.

Law enforcement declared a riot in Olympia, Washington state, where one person was shot. The suspect was detained, Washington State Patrol said.

After the worrying scenes radio host, lawyer and columnist, Dean Obeidallah Tweeted: “When you see violence of the Proud Boys in support of Trump you must know Trump wants that because as a fascist, he needs violence. Madeline Albright on Fascism: Whatever else it is, fascism involves the endorsement and use of violence to achieve political goals and stay in power.”

Several thousand supporters of US president Donald Trump returned to Washington for rallies to back his efforts to subvert the election that he lost to Joe Biden.

Crowds cheered as Mr Trump flew overhead on the Marine One helicopter on his way to the Army-Navy American football game in West Point, New York State.

Sporadic fighting broke out between pro-Trump and anti-Trump demonstrators after sunset, with police reporting at least six arrests.

The rallies are intended as a show of force just two days before the US electoral college meets to formally elect Mr Biden as America’s 46th president.

Mr Trump, whose term will end on January 20, refuses to concede, while clinging to baseless claims of fraud that have been rejected by state and federal courts, culminating in another rejection on Friday by the US supreme court.

Mr Trump tweeted his apparent surprise Saturday morning at the rallies, publicly known for weeks: “Wow! Thousands of people forming in Washington (D.C.) for Stop the Steal. Didn’t know about this, but I’ll be seeing them! #MAGA”

The president left the White House around midday for the trip to the US Military Academy, with cheers being heard as Marine One passed over the rally on the National Mall.

Michael Flynn, the former national security adviser recently pardoned by Mr Trump, was speaking from the stage at the time.

“That’s pretty cool. Imagine just being able to jump in a helicopter and just go for a joy ride around Washington,” said Mr Flynn, whose pardon wiped away his conviction for lying to the FBI during the Russia investigation.

At a pro-Trump demonstration in Washington a month ago, Mr Trump thrilled supporters when he passed by in his motorcade en route to his Virginia golf club.

That demonstration, which drew at least 10,000 people to the capital, ended with scattered clashes between Trump loyalists and local activists near Black Lives Matter Plaza near the White House.

On Saturday, police closed a wide section of downtown to traffic and completely restricted Black Lives Matter Plaza near the White House.

One block away, about 150 anti-Trump protesters rallied, determined to protect the space. Small groups of Trump supporters who entered the area were verbally abused.

A group of about 50 men wearing the black and yellow of the far-right fascist group the Proud Boys circled the perimeter. Police kept them two blocks away from the anti-Trump rally.

The Proud Boys chanted vulgar slogans and at one point started singing “Jingle Bells”. They were apparently under orders not to engage with hecklers. One man who was talking back to people was yelled at and told: “Don’t interact!”

The gathering on the National Mall, called the “Jericho March”, was described on its website as a “prayer rally” with speakers “praying for the walls of corruption and election fraud to fall down”.

Among the speakers was Sebastian Gorka, a former Trump adviser, who urged demonstrators not to give up even after Friday’s supreme court decision.

He said he wanted to send Mr Trump a video and held up his phone, cueing the flag-waving crowd to chant: “Stop the Steal.”