The First Minister has tightened Covid restrictions in Wales in anticipation of an Omicron wave. 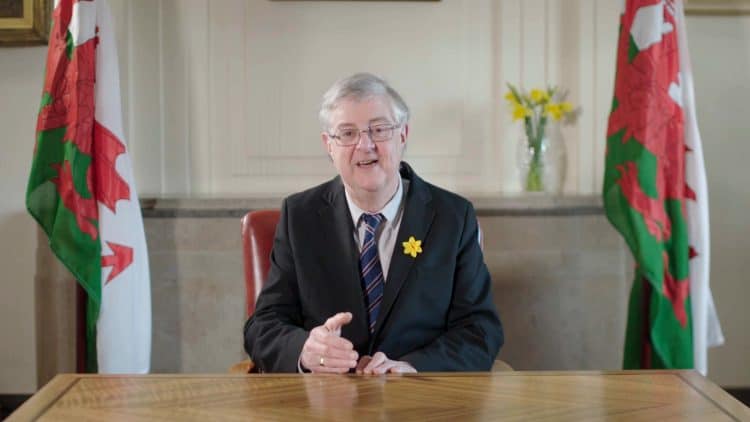 First Minister Mark Drakeford has not ruled out adding more Covid restrictions after Christmas, as he said there “won’t be any parties at nightclubs on New Year’s Eve”.

He announced new legal measures that will come into force on December 27, to slow the spread of the Omicron variant.

Drakeford urged people to downsize their festive plans, saying his own celebrations would be “modest”.

The rules to be introduced in 10 days are taken from the country’s Alert level 2, and include bringing back social distancing, barriers and one-way systems in businesses.

The Welsh Government said the plan currently does not include restrictions on private households.

But Drakeford said restricting the number of households allowed to meet remains a possibility, and hinted at the prospect of further restrictions in hospitality settings after Christmas, such as the “rule of six”.

“I’m hopeful that hospitality will reopen after Christmas and we’ll be working with the sector to think about the terms on which it will reopen,” Drakeford said.

“People are already voting with their feet and cancelling arrangements because they are anxious about Omicron.

“It may be that when hospitality reopens we may need to put some extra protections in place so that people feel confident when they go out to a pub or a restaurant, then everything is being done to make sure they are safe.”

However, he confirmed: “There won’t be any parties at nightclubs on New Year’s Eve.”

Drakeford said he would make an announcement on Monday about whether changes would be needed to allow large sporting events, such as Boxing Day rugby derbies, football matches and the Welsh Grand National in Chepstow, to go ahead.

A £60 million support package for businesses affected by the new restrictions has also been announced, with more detail still to come on how funds can be claimed.

Drakeford said that, using systems already in place, he hoped to get money out to people “as quickly as possible”.

Part of the guidance issued on Friday is to have a smaller Christmas.

“A smaller Christmas will definitely be a safer Christmas,” Drakeford said. “Ours will be a modest Christmas. We’ll be staying at home.

“What we’re doing is spacing out seeing people over the Christmas weekend. Because that’s another thing people can do. You can still see the people you want to see, but don’t see them all at the same time.”

Other advice includes getting a booster jab, taking a lateral flow test before going to meet people, meeting outdoors where possible and taking steps such as social distancing, washing hands and mask-wearing.

“Wales is in the calm before the storm,” the First Minister said.

“We still have the smallest number of Omicron cases today of any part of the United Kingdom but that number will only go in one direction in the weeks ahead. And when the wave takes hold it will rise steeply and quickly.

“When you’re told there is a storm coming your way at home, you don’t just sit in your living room and wait for it to happen, you go outside and try and put things safe so you can withstand the storm.

“That’s why we are taking action now after Christmas, because by then we expect the Omicron variant will be significantly seeded here.”

Delta remains the dominant variant in Wales and the number of cases and hospital admissions have fallen slightly in the last week.

But Drakeford said the Government is looking closely at what is happening in Scotland and England in order to learn from it, saying Omicron still has the potential to overwhelm NHS Wales.

‘Only a matter of time’

He said: “In London, the number of people falling ill with Omicron is doubling every two days. About 70 per cent cases are Omicron and hospital numbers are up by 25 per cent in a week. That tells us it’s only a matter of time before we see the same thing happening here.

“But it doesn’t have to be like that, if we take action we can suppress that number and the impact on us and our NHS could be better.”

Drakeford said there could be hope for the coming months, and said: “Everything we’re being told about Omicron is that while a wave will hit us in January – and it will be a very sharply rising wave – it will actually come down very sharply as well.

“Simply because it will run out of people to infect faster than previous variants.

“If that model turns out to be accurate then we will have a very challenging January, but we may be coming out of it more quickly than when we faced the Alpha and Delta waves.”