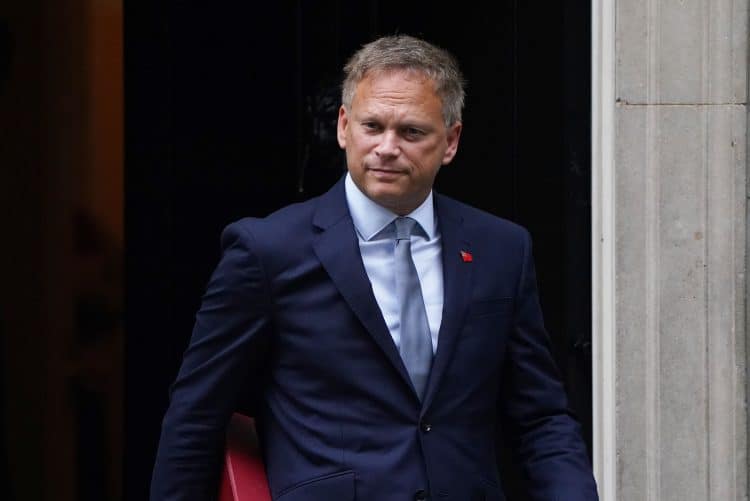 Grant Shapps’ staff threw yet another Christmas party in a Whitehall office the day London was plunged into Tier 3 restrictions, it emerged.

The Transport Secretary has denied all knowledge of the latest festive knees-up, which took place on 16 December last year, with senior civil servants “boozing and dancing” after work, the Mirror reported.

It took place the same day the government imposed Tier 3 measures on London closing pubs and banning mixing between people from different households.

Senior staff from Shapps’ private office reportedly planned the rule-breaking party – and almost a dozen joined, it has emerged.

But a spokesman for Shapps claimed the minister had “absolutely no idea” the party took place.

They added: “He was not notified or invited and would have banned such a gathering forthwith, had he been made aware that it was being prepared.

“As he was unable to visit his seriously ill father in hospital due to Covid restrictions, he was all too keenly aware of the sacrifices being made by the public during lockdown.”

The Department for Transport apologised for the “inappropriate” event, and said staff had made an “error of judgement”.

A spokesman said: “The Secretary of State wasn’t involved in any gathering at the Department.

“Fewer than a dozen staff who were working in the office had a low-key, socially distanced, gathering in the large open-plan office after work on the 16th December, where food and drink was consumed.

“We recognise this was inappropriate and apologise for the error of judgement.”

According to the Mirror, staff ate takeaway food and quaffed drinks just days before thousands tried to leave London to be with their families for Christmas.

“They clearly had no understanding of what the public were going through,” one source told the newspaper.

“Senior officials were literally boozing and dancing while the government were warning people they had to stick to the rules.”

It comes just days after Shapps himself hit out at former Tory candidate for London mayor, Shaun Bailey, for holding a party in CCHQ last year – branding it “disgraceful” and “unacceptable”.

Labour’s shadow transport minister, Mike Kane, lashed out at a “culture” of rule-breaking in Westminster.

He said: “Transport workers were literally putting their lives on the line as London went into Tier 3 while Grant Shapps’ private office were hosting a party.