It is also claimed the MP over-egged the origins of her inspiration to get into politics. 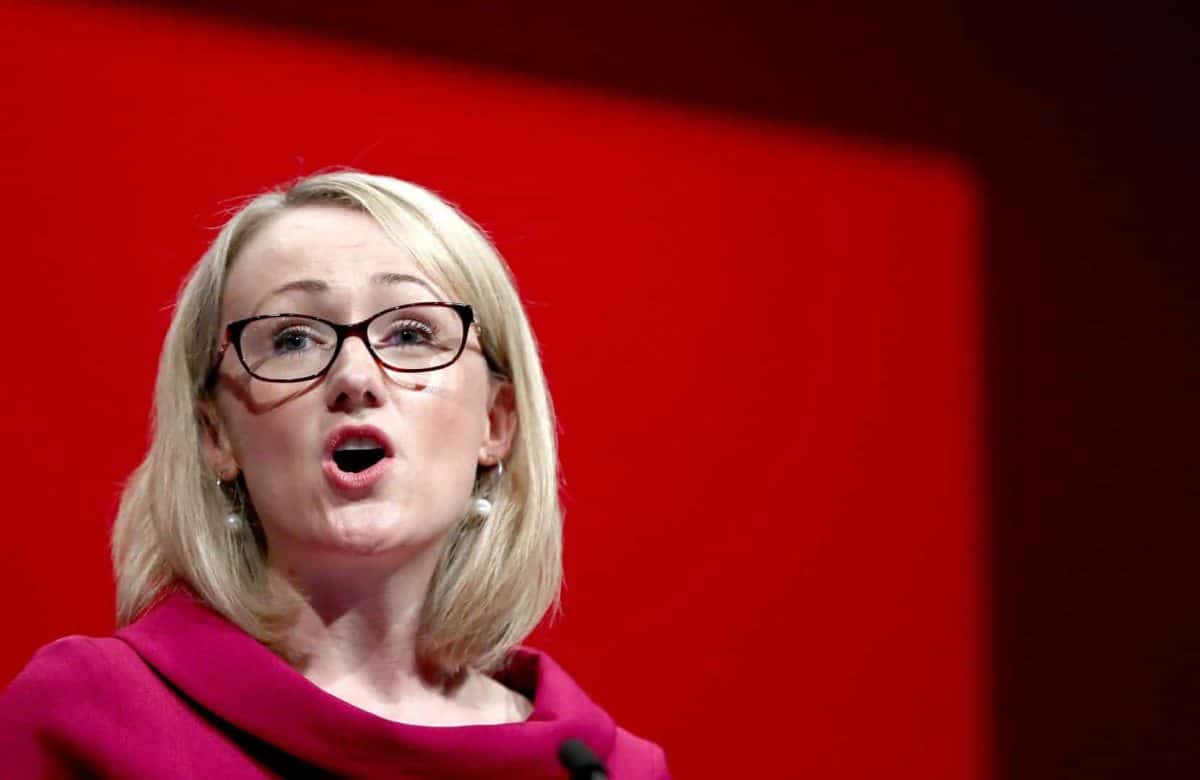 Labour leadership hopeful Rebecca Long-Bailey has been embroiled in controversy over claims made about her upbringing and her choice of advisers for the campaign ahead.

The Sunday Times reports Jon Lansman, chair of the activist movement Momentum, is acting as an “adviser” to the shadow business secretary in her quest to succeed Jeremy Corbyn at the top of the party.

Launching into a tirade on ITV after the exit poll was announced on election night, Mr Johnson, who was asked personally by Tony Blair to stand to be an MP, said: “I want Momentum gone. Go back to your student politics and your little left wing.”

In what the newspaper dubbed a leak of “Labour’s secret list of target seats” at the election, a document allegedly shared with a trade union shows the party targeted a number of Conservative constituencies in a bid to make gains.

Target seats such as Mansfield ended up with blue majorities of more than 15,000, while only Putney out of a list of 60 targets was a Labour gain on the night.

The Sunday Times also reports that Ms Long-Bailey, an ally of Jeremy Corbyn, has over-egged the origins of her inspiration to get into politics.

She has in past interviews, as well as on election leaflets, said her political outlook was shaped by watching her father worry about losing his job on Salford docks.

In an election leaflet, she wrote: “My dad, Jimmy, worked on the Salford docks and I grew up watching him worrying when round after round of redundancies were inflicted on the docks.”

But Ms Long-Bailey, born in September 1979, would only have been two when the docks closed in 1982.

A spokesman for Ms Long-Bailey told the Sunday Times: “Rebecca, like many others in the north, saw first-hand the devastation created by Thatcher’s brutal economic regime.”

Those standing for the leadership have looked to underline their working-class credentials in a bid to appeal to a left-wing membership that will elect Mr Corbyn’s successor next year.

Sir Keir Starmer, the shadow Brexit secretary and former director of public prosecutions for the Crown Prosecution Service, emphasised how his father was a tool-maker.

Yet according to a BMG survey for the Independent, voters want a decisive break from Mr Corbyn’s agenda.

The BMG poll found almost half of voters think Labour should ditch its current agenda of focusing tax rises on the wealthiest 5 per cent of the population, with just 27 per cent in favour of keeping the policy.

When asked about Labour’s current positions on public spending and nationalisation, 45% want the policies dumped, while in both cases close to a third do not.

Other candidates expected to stand in the upcoming leadership contest, which is likely to be concluded around March, include Wigan MP Lisa Nandy, David Lammy and Jess Phillips.

Shadow foreign secretary Emily Thornberry and shadow Treasury minister Clive Lewis are the only two to have officially declared their candidacy.

Ms Phillips tweeted on Saturday about “macarthyesq” (sic) propaganda being “spread about me” after re-tweeting images of an “entirely faked newspaper article”.

She added: “There’s plenty to reasonably critique me on, knock yourselves out, but if you have to lie and misrepresent you harm not just me but our movement.”

The tweet containing the article has since been deleted.