The independent candidate talks to The London Economic about his bid to become mayor of a city of 700 villages. 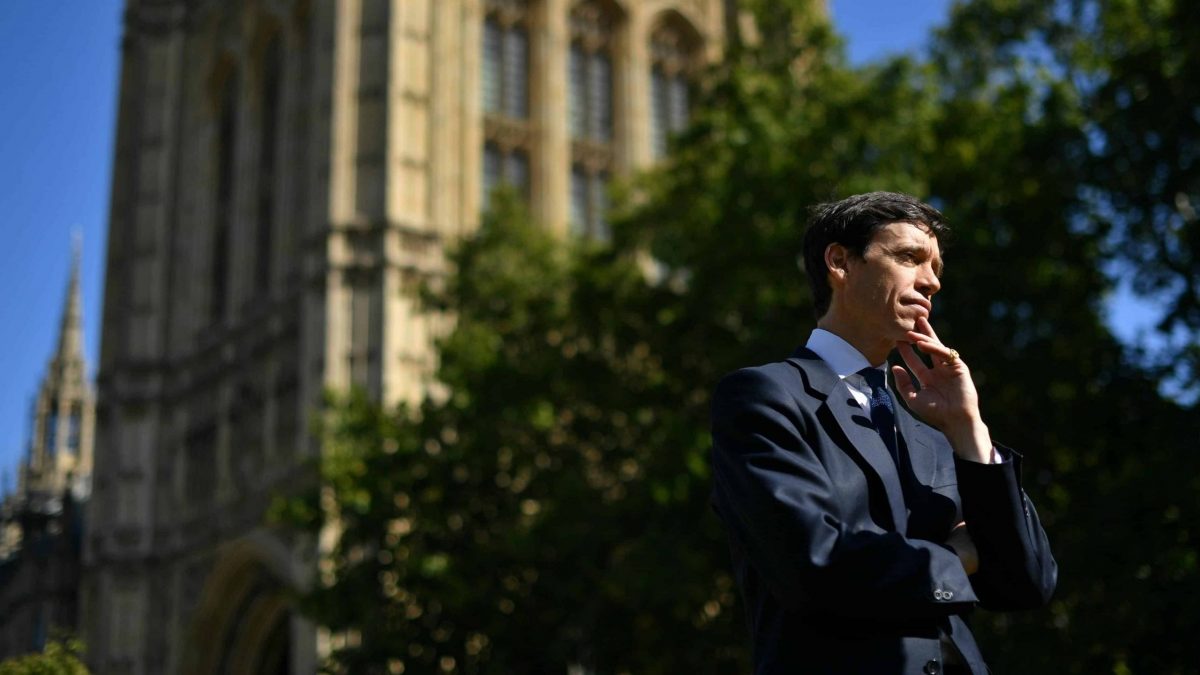 Rory Stewart is 15 minutes late when he arrives for our appointment in South Kensington. The former Conservative MP, who has eschewed party politics to run as an independent candidate in the upcoming mayoral election, was right on time when I first clocked him outside the café window, but he has already busied himself with two local residents by the time he manages to sit down, as well as seemingly re-landscaping the street we currently sit on in a bid to incorporate more trees.

Six months on from running a leadership campaign against Boris Johnson and subsequently having the whip removed for rebelling against the incumbent Prime Minister he has turned his gaze to London after stepping down as the MP for Penrith and The Border. Widely known as a centrist politician who takes a practical, rather than an ideological approach to tackling key issues he is looking to cement his reputation for bringing about meaningful change by going toe to toe with Sadiq Khan in May, four years after the Labour man was elected with 44 per cent of the first-round votes. If successful he will become the second independent MP to sit as Mayor of London, but it will be no mean feat.

The latest polls show Stewart has the support of 13 per cent of Londoners, enough to move into third place but still significantly short of Khan’s lead, which inched up two points on a May poll to 45 per cent. He also has to build a campaign from scratch and won’t be able to lean on the solid Labour and Conservative affiliations most Londoners subscribe to. As he recently told a group of supporters who had gathered to canvas for him it is going to be a bit like “a startup pizza business where the oven keeps breaking”, but by building a detailed picture of the changes people want to see across the city – “less politics and more action”, as he would say – he may arrive at an ‘En Marche moment’ with policies that resonate outside tribal affiliations.

The key to his campaign is not thinking of London as a whole but as many constituent parts. “I think London is a place of 700 villages”, Stewart says, “and really thinking about how to create a community out of 8.5 million people has to be about breaking it down to much smaller units”.

“When people talk about where they live they very rarely refer to the borough. They tend to refer to their local tube station. There are some places like Brixton or Golders Green or Harrow where there are very distinct identities in terms of particular types of food, restaurants and shops. Then there are other parts where there are very strong distinctions felt by people, for example the distinction between Edmonton and Enfield, which are less visible as you’re walking down the street.”

An old family friend of Stewart’s is sat on the table next to ours who has been living on the same street as his parents since he was a 1 year-old, but unlike other places, that sort of acquaintance is quite rare in London. “You need to think about a London in which 38 per cent of people were not born in the United Kingdom”, Stewart says. “The vast majority were not born in London,” and so “how does one create an environment where you can engage quite quickly in a way that makes sense to you?”

Democracy in the city

In order to get his teeth into the millions of micro issues that affect a city such as London, he needs to empower people to become more engaged in the everyday running of it. “A democracy in the city should ideally be making you a much more active citizen,” he says, rather than being about “delegating your brain” to the mayor every four years.  “You should be challenging and shaping the neighbourhood”.

“I want you as a citizen to feel that this is your street, that you own it, that you’re taking a purist interest and that your views can have an impact. You might think there’s no point thinking about trees because nobody’s going to listen to me anyway, but if people began to listen to you then can begin thinking well actually I’ve always thought it would be nice to have a bench here, or a water fountain there.”

What he is proposing, in essence, is building a micro manifesto for London that combines the story of your neighbourhood with the bigger things that might make the headlines, but are of no less or more importance than the things that impact you day-to-day.

“What one wants is constant feedback, constant input and then an opportunity for you to deliberate”, Stewart says. “For really big issues you might want to look at a citizens’ assembly where you select a representative sample and they might spend two weekends taking expert evidence on a detailed issue”. For local issues, neighbourhood representatives may be the key, which is precisely how he is campaigning now.

“We’re running a programme at the moment called London Speaks”, where a dozen or so people meet in houses to discuss local issues before going out onto the streets to ask people about them. “It’s not canvassing, these are neighbourhood representatives,” he says, who are establishing a constant dialogue to get people in the practice of developing muscle memory and feeling like they own a public space.

“Technology can make a huge difference in this and the Americans can teach us a lot”, Stewart says. “I was lucky enough to know Mayor Bloomberg. If you were to go into his office it was literally like going into the control centre of a space ship. There were screens everywhere, data coming in from every direction, giving you in real time where the road works were happening, how the bins were being cleared.

“And it works. If you compare New York to London, their roadworks happen in a very focussed way, with minimal traffic disruption in one of the biggest cities on earth. It’s much denser than London with a lot more construction. But that requires new technology platforms. To remain the greatest city on earth you’ve got to stay on top of these things. It’s like running a great hotel, you can’t take your eye of the ball you’ve got to be investing. Investing in your transport network, investing in your technology.”

It feels idyllic, in a way, to be speaking about such clear, practical fixes to local issues, but come 7th May 2020 it will undoubtedly be the big issues that will get people talking, so how does he propose to take on those?

“The big issues are tackled like small issues – with relentless focus and practicality. One of the problems of modern politics is people pretend there’s a difference between tackling transport with a capital T and sorting out the signalling on the Piccadilly line. It’s the same thing. But because politicians are not generally experienced managers they don’t do things operationally.

“They would be like someone running a hotel who thinks running reception is beneath them. There’s no shortage of people coming up with ideas like Crossrail, but there’s a shortage of people sitting in the mayors office saying “what is happening”? And it’s only through asking those kind of questions that you realise the big things.

“And it’s the same elsewhere. Safety and security isn’t about the big idea. It’s about taking a public health approach to link what you’re doing on communities and youth work to neighbourhood police. It’s the grip and the way you do it.

“Poverty. If you think about poverty as a capital P, you’re going to miss the real question; how is it that Bromley by Bow is managing to run a really effective health centre with incredible outcomes for a very vulnerable marginalised community when it’s got the same funding package as another area that isn’t managing well? What is happening in terms of provision of affordable housing in Streatham? How is one working with sector workers in Brixton?”

Stewart’s big belief is that none of these problems will be solved by simply taking an ideological standpoint on them. He refuses, in his words, to get paralysed by the kind of conversations that the left and the right want to have, which is why he’s a politician of the centre.

It is impossible not to be wooed by the non-partisan practicality of his plans. They are undoubtedly ambitious and although it is yet to be seen whether they can work in practice, one does see the appeal of taking a fresh approach in today’s political climate. If Stewart can make it work in London then the sky is the limit for his new brand of pragmatic politics. And if he can prove the ineffectiveness of factionalism in doing so then London could well become a beacon of light in an otherwise polarised political landscape.