Robert ‘Woody’ Johnson also said the White House’s view on a trade deal between the US and UK as ‘very positive’. 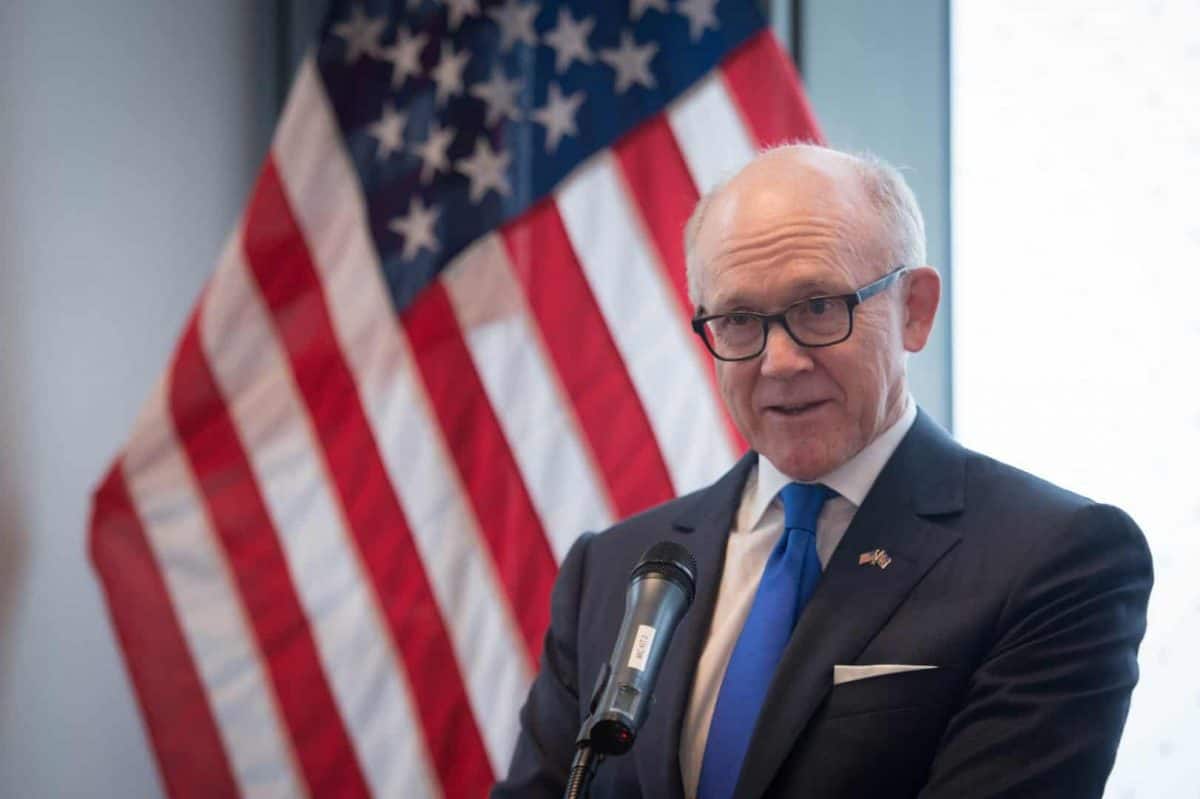 The US ambassador to Britain has predicted the country will enter the “Roaring Twenties” after Brexit is delivered.

Ambassador Robert “Woody” Johnson – personally appointed to his role by US President Donald Trump – said Brexit was a “really amazing opportunity for this country” as the start of a new decade approaches in just a few days’ time.

In an interview with the Sunday Express, the 72-year-old said: “I’m very optimistic. I’m an American but, even by my standards, this is really an amazing opportunity for this country.

“You have a clear direction, you have really good leadership fired up to get something done.

“So yes, a Roaring Twenties, absolutely.”

The original Roaring Twenties refers to the 1920s when a period of economic prosperity was seen in cities such as London, New York, Paris and Berlin and an artistic peak was reached following the bleakness of the First World War.

Mr Johnson, the owner of the New York Jets American football team, described the feeling in the White House around a UK-US trade deal as being “very positive”.

“It takes two sides but it’s on the President’s desk and when a president takes this much interest in a trade deal, that’s very positive,” he said.

New Commons Speaker Sir Lindsay Hoyle confirmed there could be more ringing endorsements for Brexit – on deadline day itself.

Sir Lindsay, in an interview with the Sunday Telegraph, said he would “not stand in the way” of Big Ben being rung to mark Britain formally leaving the EU on January 31.

The Elizabeth Tower, which houses the Big Ben bell, is currently undergoing essential refurbishment and the chimes of the famous bell have largely been silenced to protect the hearing of those working on site.

But Sir Lindsay, who was formally installed as Speaker last week, has paved the way for special dispensation to be made for the bell to ring, like it has on Armistice Day.

“If the House wants to do it, the House will do it,” said the former Labour politician.

“I’m not sure whether it will be at that stage in the building work that it can ring … but if that’s what the House wants, I’m not going to stand in the way because of my view. My view doesn’t matter.

“It will be a significant moment and people will do different things, and if the House wishes to do that, so be it. I certainly won’t personally block anything.”

During a visit to Estonia to meet British troops on Saturday, the Prime Minister side-stepped questions about accusations from European leaders that he was on course for a “harder Brexit than expected”.

The fears were raised by Irish Prime Minister Leo Varadkar who said he was anxious Britain would look to “undercut” the European Union on a host of standards after exit day.

Boris Johnson was asked about the Taoiseach’s comments while visiting British troops in Estonia on Saturday, but dodged answering the question directly.

He replied: “What everybody wants to do is put Brexit behind us on January 31 and move on, and there’s a lot of goodwill and a lot of energy now about building the new deep and special partnership, and that’s what we’re going to do.”