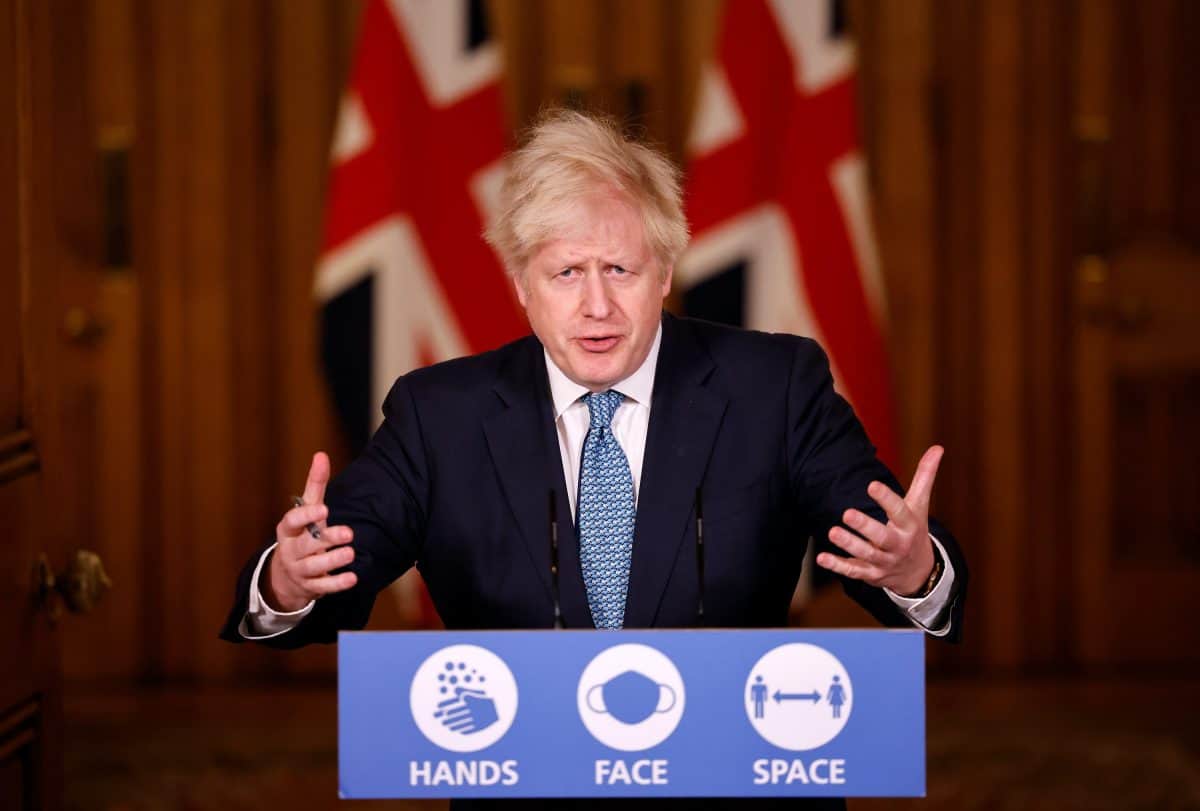 Boris Johnson will make a televised address setting out new emergency measures to control the spread of coronavirus in England, Downing Street has said.

The news came just before the latest grim daily tally was released, with 58,784 new cases – a 42 per cent rise on last Monday – and 407 more deaths.

This means that UK has passed the milestone of 50,000 new cases every day for a week. It will raise concerns that the Christmas break on restrictions has increased the number of infections.

Schools are set to be shut to all but vulnerable children and the offspring of key workers, but outdoor exercise will still be allowed.

The latest data show a 41% rise in the number of confirmed coronavirus patients in hospital in England between Christmas Day and January 3, figures which have caused alarm in Whitehall and the health service.

Matt Hancock said he is ‘incredibly worried’ about a new South African variant of coronavirus that experts fear might not be caught by the current crop of vaccines.

While ministers hailed the rollout of the new Oxford-AstraZeneca vaccine, Mr Johnson warned the nation needed to prepare for some “tough” weeks ahead as the jab was extended to the most vulnerable.

With 78% of England’s population already under the toughest current restrictions, ministers have been examining how successful the Tier 4 measures – which came into force for the first time on December 20 – have been.

Jeremy Hunt Tweeted: Time to act: thread on why we need to close schools, borders, and ban all household mixing RIGHT AWAY.”

“In the face of exponential growth even waiting an extra day causes many avoidable deaths so these plans must now be urgently accelerated,” he said.

Senior Tory Neil O’Brien said procedures “need to toughen up at the border” in order to prevent cases being imported – a particular concern given the potential for new variants such as the one in South Africa.

He told the PA news agency new measures were needed to “get the virus under control, protect the NHS and create the space for the vaccine to be rolled out as quickly as humanly possible”.

A No 10 spokesman said that the move was in response to the “rapidly escalating” numbers of infections following the emergence of the new variant.

A No 10 spokesman said: “The spread of the new variant of Covid-19 has led to rapidly escalating case numbers across the country.

“The Prime Minister is clear that further steps must now be taken to arrest this rise and to protect the NHS and save lives.”

Sir Lindsay Hoyle, the Speaker of the Commons, has sent an email to MPs confirming that the Commons will be recalled at 11.30am on Wednesday. But he is urging them not to attend in person.

He said: “As per my advice on the previous recall, I would strongly urge you NOT to physically come to Westminster to participate in any business unless absolutely necessary due to the current severe public health situation. Members’ staff should also be working from home and I have asked the house authorities to limit house staff on the estate to a bare minimum.”