In March, Kwasi Kwarteng said it would take "up to a decade" to extract sufficient volumes from fracking - at a high cost for communities and our precious countryside. 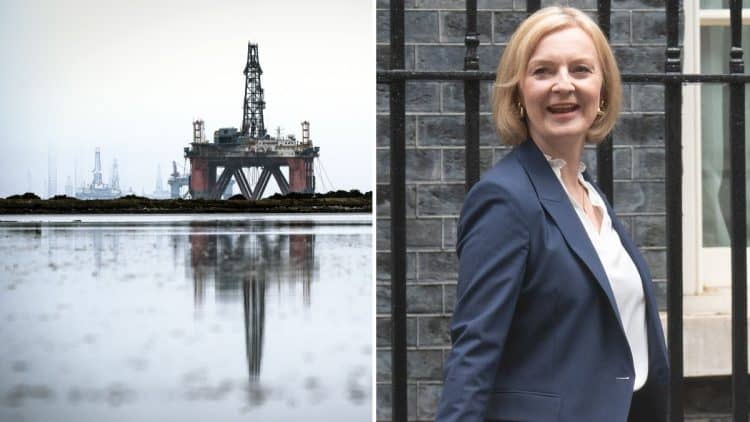 Liz Truss will declare she is lifting the moratorium on fracking, according to reports, with potential for the change to be implemented at pace.

She is tipped to follow through on her leadership vow to end opposition to shale gas extraction in places where it is backed by local communities.

Truss will also confirm she is scrapping green levies on energy bills and declare her support for more North Sea drilling, The Daily Telegraph said.

But regardless of the environmental consequences, doubts over the effectiveness of the proposals have been raised, some of which from within Truss’s own Cabinet.

In March, Kwasi Kwarteng – now Chancellor – wrote in The Mail on Sunday: “Even if we lifted the fracking moratorium tomorrow, it would take up to a decade to extract sufficient volumes – and it would come at a high cost for communities and our precious countryside.

“No amount of shale gas from hundreds of wells dotted across rural England would be enough to lower the European price any time soon.

“And with the best will in the world, private companies are not going to sell the shale gas they produce to UK consumers below the market price. They are not charities, after all.”

Labour has accused the PM of writing a “blank cheque” to oil and gas giants by ruling out a windfall tax to pay for the cost-of-living package, with the British people left to “foot the bill”.

Shadow climate change secretary Ed Miliband said: “By ruling out a windfall tax, Liz Truss, in one of her first acts as Prime Minister, has written a blank cheque to the oil and gas giants making £170 billion in excess profits, and the British people will foot the bill.

“Every penny her Government refuses to raise in windfall taxes is money that they will be loading onto the British people for years to come.”