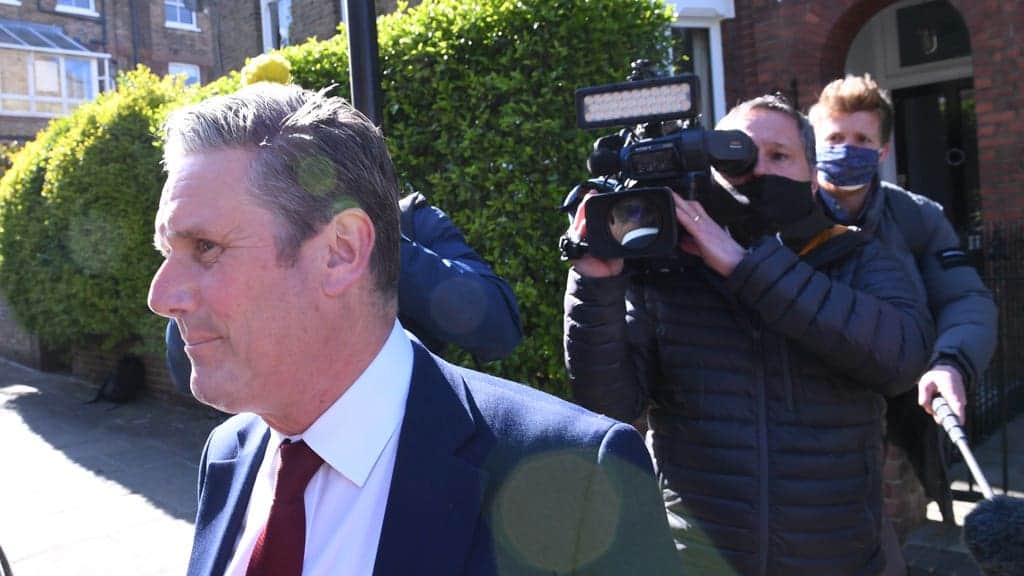 A constituency in Liverpool has become the first to vote through a no-confidence motion in Sir Keir Starmer following heavy losses in the local elections.

Polling released today shows the Conservatives have opened up an eye-watering 15 point lead over Labour, with Boris Johnson also seeing his popularity improve.

YouGov’s latest polling puts the Tories on 45 per cent, two points up on last week when local elections saw the party sweep up across councils and take the Hartlepool by-election.

Labour lost control of eight councils and shed some 326 councillors all told in the elections.

Not satisfied with Starmer’s response to the drubbing, ‘CLP’ members in Liverpool Wavertree have become the first to pass a motion of no-confidence, reading:

“Liverpool Wavertree CLP believes that the election result in Hartlepool is a disaster for our party. Instead of winning back voters in key working class areas we are losing further seats to the Tories.

“We believe that this is the result of the rightward turn taken under Keir Starmer’s leadership, abandoning class based policies and instead resorting to flag waving and appeals to big business.

“Instead of attacking the Tories, Keir Starmer has spent more time attacking grassroots members with unjust suspensions and suppression of member’s democratic rights.

“For all these reasons, Liverpool Wavertree declares that it has no confidence in Keir Starmer. We call on him to stand down immediately and for a leadership contest to be set in motion- so that the membership can elect a new leadership that will fight the Tories on the basis of a bold socialist programme.”