A host of prominent unionists have begun a judicial review on the protocol in Belfast. 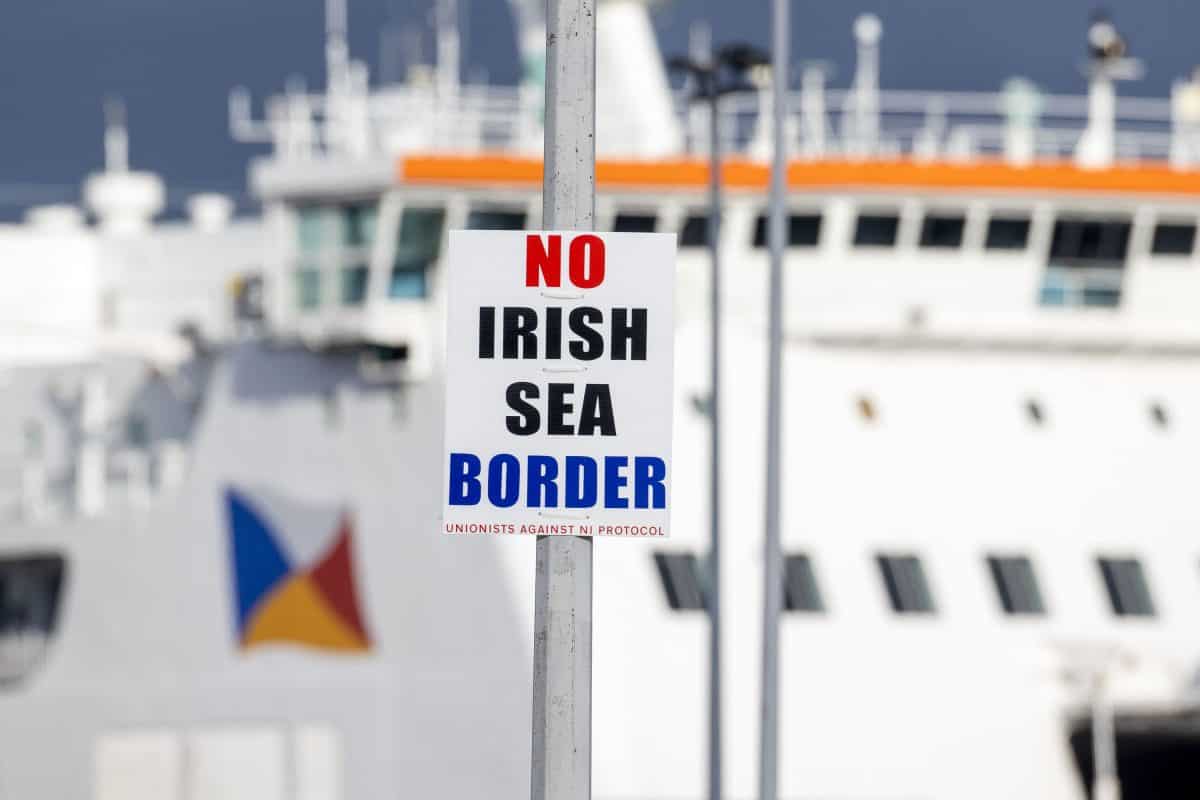 The Northern Ireland Protocol has been likened to the Vichy regime during a court case which is seeking to challenge its legality.

A judicial review on the protocol, part of the Brexit deal that creates a trade border between Northern Ireland and Great Britain, has begun at the High Court in Belfast.

Launching the challenge on Friday, John Larkin QC said the judge, Mr Justice Colton, would be asked to take a view on the legality of the protocol.

He began by arguing that the protocol is incompatible with the 1800 Act of Union which created the UK.

He told the court: “It’s not about the decision way back when to make the protocol, it is asking Your Lordship to accept that the protocol is unlawful on a number of grounds and therefore it’s unlawful to try and give effect to it.

“Article 6 of the Act of Union prevented and prevents Her Majesty’s Government from agreeing any treaty provision with a foreign power implementing a domestic law and any such provision which conflicts with the obligation in that article that Her Majesty’s subjects in NI and GB should have the same privileges and should be on the same footing.”

Mr Larkin focused on separate articles of the protocol in relation to trade, taxation, the movement of goods and regulatory checks coming into Northern Ireland.

He said: “The so-called unfettered access is not unfettered. The constitutional importance of this is enormous. Goods coming from Northern Ireland simply cannot be described in the same way as a good coming from Liverpool, or Edinbugh, or Cardiff or London.

“Northern Ireland is subject to taxation without representation.

“It can be likened to the position of the Vichy regime which was relied on to do the bidding of the occupiers; the occupiers were free to inspect or deny things, but when push came to shove the occupiers gave an instruction and the Vichy authorities would quickly fall into line.”

Mr Larkin said the protocol gave the EU the “right to command” over inspection of goods.

He continued: “Article 6 of the Act of Union imposes certain limitations to make treaties and those were ignored.

“HMG breached Article 6 by concluding an agreement. Parliament will be presumed to be acting with a view to legality and not giving effect to an unlawful treaty.

“If Parliament wishes to take the constitutional risk it can say… It hasn’t done that.