And Boris Johnson is now the second most popular Conservative politician. 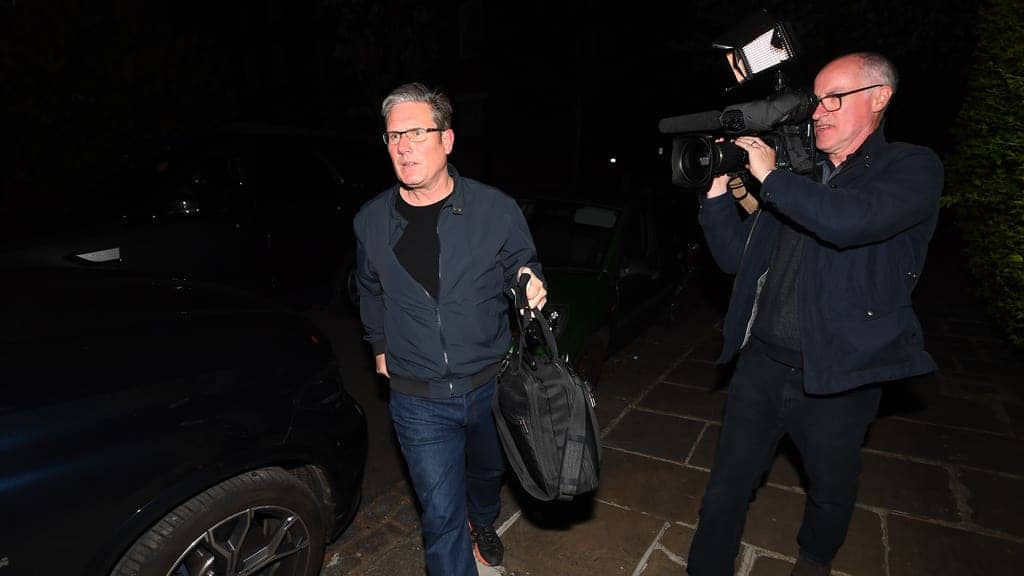 The Conservatives have opened up an eye-watering 15 point lead over Labour, with Boris Johnson also seeing his popularity improve.

YouGov’s latest polling puts the Tories on 45 per cent, two points up on last week when local elections saw the party sweep up across councils and take the Hartlepool by-election.

Labour lost control of eight councils and shed some 326 councillors all told in the elections.

Polling also shows Johnson has improved his standing in the popularity stakes.

He is the second most popular Conservative politician with a 38 per cent net popularity rating, three points behind Rishi Sunak who sits on 41 per cent.

The PM is also the second most famous – seemingly behind David Cameron.

The former prime minister advised Sir Keir to debate cultural issues “urgently and openly” to prevent them being damagingly defined by the right and ‘woke’ left”.

Mr Blair’s successor in No 10 and at the head of the Labour Party, Gordon Brown, suggested the coronavirus pandemic had hindered Sir Keir’s ability to connect with the public.

While Ed Miliband, who led Labour in opposition, said the party needs to be “bolder”.