The outburst caused AOC to call for extra security in Congress. 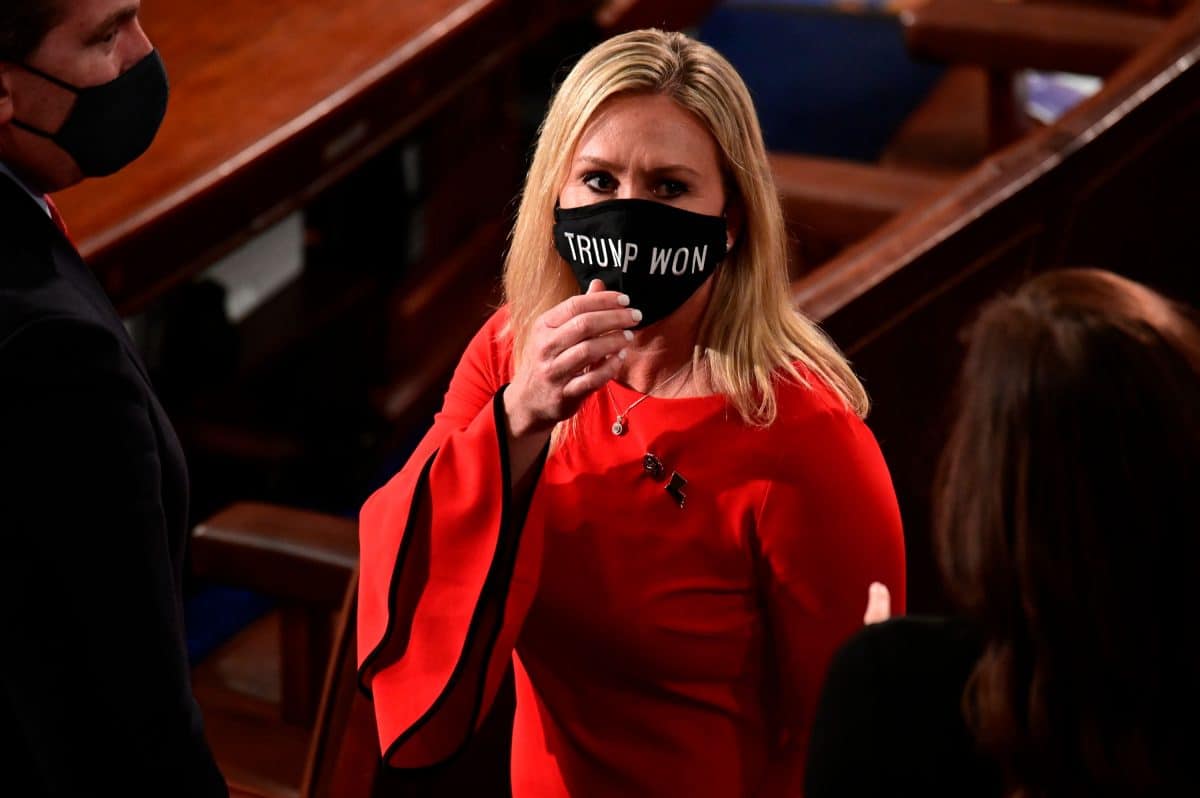 Two reporters from the Washington Post witnessed Ocasio-Cortez late on Wednesday afternoon ahead of Greene – who twice shouted “Hey Alexandria” to get her attention.

When Ocasio-Cortez did not stop, Greene picked up her pace and began screaming at her – asking why she supports antifa and Black Lives Matter, wrongly labelling them “terrorist” groups.

Greene also shouted that Ocasio-Cortez was failing to defend her “radical socialist” beliefs by refusing to publicly debate her. “You don’t care about the American people,” Greene shouted. “Why do you support terrorists and antifa?”

Ocasio-Cortez did not answer, only once turning round and throwing up her hands in exasperation. She later told reporters that Greene had been screaming, and acting like “people that I threw out of bars all the time” when she worked as a bartender.

“I refuse to allow young women, people of colour, people who are standing up for what they believe, to see this kind of intimidation attempts by a person who supports white supremacists in our nation’s capital,” she added, referring to the storming of the US Capitol by Trump supporters in January.

Greene’s recollection was different. “She said ‘screaming,’” she said, referring to Ocasio-Cortez’s account. “You know what screaming is? Screaming is what people do when rockets are fired at them like Hamas terrorists are firing into Israel.”

She added that Ocasio-Cortez is a “chicken”, a “coward” and “pathetic”.

Speaking at a press conference on Thursday, Nancy Pelosi – the most senior Democrat in Congress – condemned the “verbal assault and abuse of our colleague”.

“It’s so beyond the pale of anything that is in keeping with bringing honour to the House [of Representatives],” she said, calling it “a matter for the Ethics Committee”.

She added: “This is beneath the dignity of a person serving in Congress”, calling it “a cause for trauma and fear among members”.