It's a monumental day... 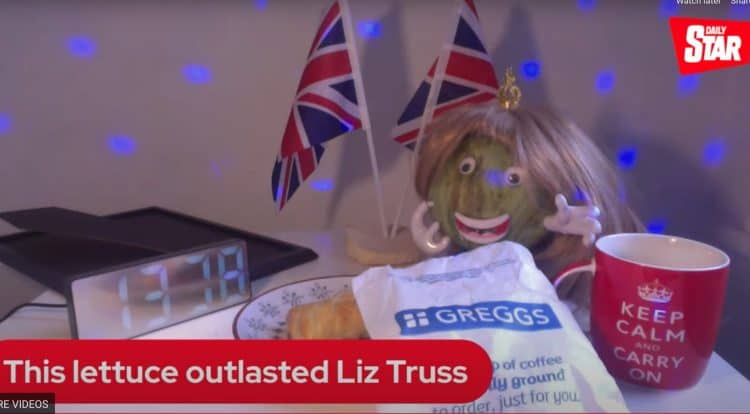 The Economist’s prophesy that Liz Truss will have a shelf life of a lettuce has proven to be bang on the money today after the PM resigned.

Truss stepped down after just six weeks in the job having taken the reins on 5th September.

It comes following a day of turmoil in parliament in which the home secretary was forced to resign and there was confusion over the vote on fracking.

At one point, the Chief Whip and Deputy Chief Whip were believed to have been given their marching orders too, before the decision was seemingly reversed just hours later.

There were also reports of Tory MPs being “physically manhandled” into the “no” lobby for a Labour motion on fracking.

The Daily Star’s ‘lettuce cam’ shows the victor celebrating with disco lights and a Gregg’s pasty.