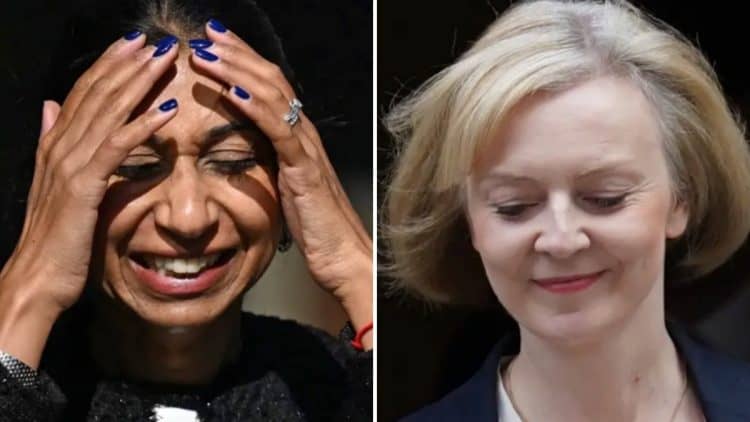 The popular figure among the Tory right said she had made a “technical infringement” of the rules by sending an official document from a personal email and was now taking responsibility.

“I have made a mistake; I accept responsibility; I resign,” she wrote in a barely coded dig at the Prime Minister whose disastrous mini-budget sparked financial turmoil.

According to the Daily Mail front page there was a 90-minute bust-up between the pair.

There are also reports that Wendy Morton, who also vacated her position as chief whip, had a confrontation with the PM.

Adam Payne says she walked into the corridor shouting “I’m no longer the chief whip” moments before the fracking vote took place.

The government had placed a three-line whip on those voting, but in the end, Truss couldn’t even vote because she was caught up in the chaos!

Related: Extraordinary reports of ‘bullying’ and ‘manhandling’ in the lobby ahead of fracking vote