Boris Johnson's ethics adviser has been criticised for not fully investigating the controversy. 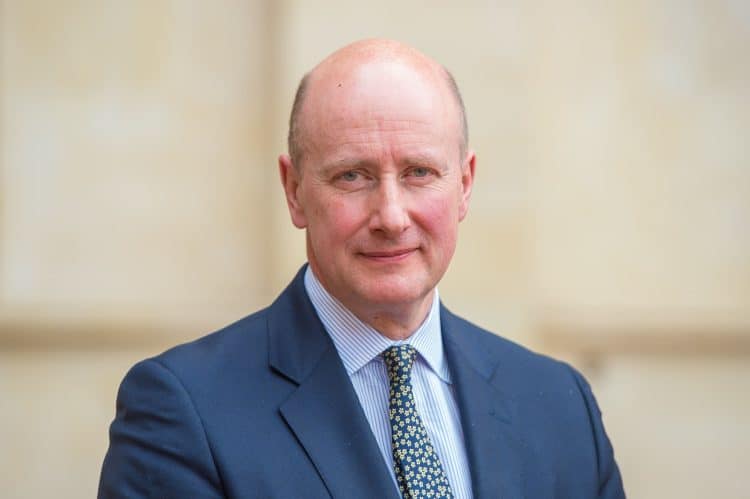 Boris Johnson’s ethics adviser has been criticised for failing to investigate an alleged “funds for favours” scandal, after the prime minister was cleared of breaking any rules over his Downing Street flat refurbishment.

Lord Geidt shuttered his investigation without commenting on Johnson seeking funds for the infamous redecoration from a Tory donor – while promising to consider his plans for a “great exhibition”.

Pressure was ramped up on Lord Geidt to reopen his investigation on Friday night, as Angela Rayner – Labour’s deputy leader – said his decision to close the case “raises a number of serious concerns and questions”.

She said the original conclusion that Lord Brownlow, who paid for the refurb, had “altruistic and philanthropic motives” for paying for the flat refurbishment – and that there was “no reasonably perceived conflict” – had now been undermined.

The incriminating WhatsApp messages emerged as part of an Electoral Commission probe that finished in December, but the contents were only published this week.

They revealed that Johnson told Brownlow parts of his No 11 flat were a “tip” and he was keen for his designer to “get on with it”, asking if he could put them in touch “for approvals”. The prime minister added: “PS am on the great exhibition plan Will revert.”

Brownlow replied that he would “get it sorted” and “approval is a doddle as it’s only me and I know where the £ will come from”, adding: “Thanks for thinking about GE2.”

The conversation led to a meeting between the Conservative peer and then-culture secretary Oliver Dowden but the idea, as Lord Brownlow envisaged, was not progressed.

Labour has called for a probe into “whether rich people can pay to get access to ministers” following the release of the “cosy text messages”.

Shadow justice secretary Steve Reed said Labour has asked Parliamentary Standards Commissioner Kathryn Stone to investigate the exchange, arguing that there are questions about potential “cash for access” for the Prime Minister to answer.

Reed said the text messages “matter immensely”, arguing that they show Lord Brownlow “appears to have access to the prime minister because he was paying for the flat renovations” at Downing Street.

“If that is the case, that is corruption,” he told BBC Radio 4’s Today programme.

He added: “What we’re seeing here is a case of, potentially, cash for access where Lord Brownlow was given access to ministers to try and influence them over decisions of spending taxpayers’ money – that is why this matters so immensely.

“Those very cosy text messages show there was a quid pro quo in operation between the prime minister and Lord Brownlow, and we need to get to the absolute bottom of this.”

And Rayner said Brownlow’s motives – altruistic or not – were “irrelevant”, adding: “The issue is that a reasonable person could surely perceive that his financial relationship with the prime minister has provided him with privileged access to government, and that relationship was undeclared at the time.”

She accused Geidt of holding Johnson to a “far weaker” standard for potential conflict of interests than those set out in the MPs’ code of conduct, saying:  “This suggests that you will hold ministers to a lower standard of transparency than backbench MPs.”

She called on the ethics adviser to publish a new report, although Whitehall sources told The Guardian that was unlikely.