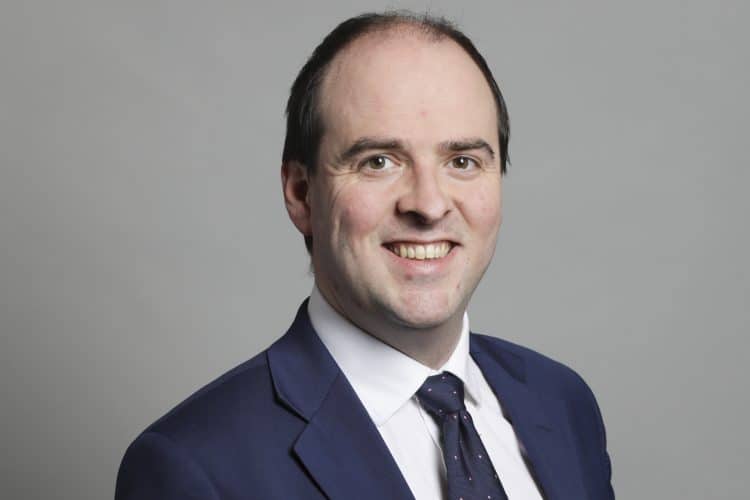 A Tory MP has declared that Covid has “kept Britain in chains” since the country quit the EU – but now “we’re set to break free”.

Richard Holden, who was elected as MP for North West Durham in 2019, said he hoped the UK was “coming to the end of Covid” – meaning “Brexit will return centre-stage”.

In an article for ConservativeHome, Holden wrote: “This month marks a year on from the end of the so called ‘transition period’, when our ties to the European Union were severed de facto, as well as de jure. Some said would be the start of ‘Britannia Unchained’ and others predicted would be the greatest foreign policy disaster since Suez.

“Within a few weeks of MPs voting through the Withdrawal Agreement, the global pandemic hit. What leaders in Britain and the EU had thought would be the biggest challenge of the decade – Brexit– suddenly became secondary.

“And the impact of leaving the EU, whatever side of the debate you were on, now feels small fry compared to the: lockdowns, colossal borrowing, and worldwide efforts that have gone into tackling Covid.”

The Tory backbencher continued that, while “many will groan” at Brexit’s return as a “political issue”, “I welcome it wholeheartedly”.

He said: “I long to see the eyes of Government and the country lifted from two years of crisis management to a discussion about where we now see ourselves, and how we deliver it. The country is sick to death of circular debates about the social etiquette of mask wearing and meeting via Zoom and Teams.

“Like my Conservative colleagues from every intake, I am desperate for Parliament to be at the heart of the debate about international trade, securing our borders and Britain’s place in the world.”

Citing developments like AUKUS – the new defence agreement between the UK, US and Australia – and a number of post-Brexit trade deals, Holden said it was possible to see “flashes of the future”.

He admitted that “there will be challenges” – like “how to manage the place of Northern Ireland in the UK”.

And he said that businesses in his constituency were being hurt by “increased costs and bureaucracy in dealing with the EU”.

“Mounter and Sons, a wood pallet manufacturer in my constituency, is facing increased costs and bureaucracy in dealing with the EU,” he wrote. “he most substantial of these is heating all pallets leaving for the EU, which wasn’t required before Brexit.

“This is just one of examples from my own constituency of blocks to trade that both sides surely want to see removed in further negotiations to the benefit of all concerned. These are eminently achievable if the will is there.”

Despite the challenges, Holden voiced optimism that the “task of unchaining Britannia seems more manageable, and getting on with it will be welcomed more than ever by the whole country.”