Tory backbenchers are furious about the Colston Four's acquittal, and the attorney general seems to be listening. 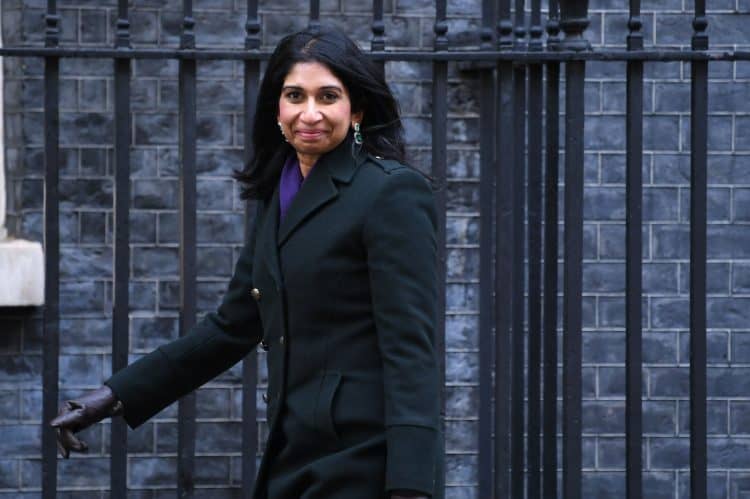 Senior lawyers have accused the attorney general of politically-driven meddling, after she announced she was considering referring the acquittal of the Colston Four.

Among those warning that Braverman was acting out of political expediency were a former director of public prosecutions and a host of senior criminal lawyers.

When someone is acquitted of a crime, the attorney general has the power to seek the opinion of the court of appeal on a point of law. Braverman did not clarify the specific point of law she was contemplating.

Conservative MPs are up in arms about Wednesday’s verdict, with former minister Robert Jenrick suggesting the rule of law had been undermined. Tom Hunt, a vice-chair of the so-called parliament Common Sense Group, said he was “deeply concerned by the precedent set here” – although jury decisions do not set legal precedents.

Writing on Twitter on Friday, Braverman said: “Trial by jury is an important guardian of liberty and must not be undermined. However, the decision in the Colston statue case is causing confusion.

“Without affecting the result of this case, as attorney general, I am able to refer matters to the court of appeal so that senior judges have the opportunity to clarify the law for future cases. I am carefully considering whether to do so.”

Simon Spence QC, of Red Lion Chambers, told The Guardian: “The issue here as I see it is more that the attorney general does not like the jury’s verdict rather than that any point of law has arisen.

“The allegation was criminal damage, which is a very straightforward offence [for a judge] to direct juries about. My concern about this particular situation is that it appears to be politically driven rather than legally driven, and that is not what section 36 is intended for.”

Ken Macdonald QC, who served as director of public prosecutions between 2003 and 2008, said: “It is difficult to think of a case more appropriate to be decided by a randomly selected panel of local people. Juries have always been given the space to do what they think is right, sometimes by using their verdicts to assert changing values or to push back against abuses of power.

“This dispensation has served our country very well over the centuries, and ministers would be very foolish to try to challenge it – particularly for what appear to be political motives pushed by backbench Conservative MPs.”

Kirsty Brimelow QC, vice-chair of the Criminal Bar Association, told the newspaper: “A politician is unlikely to have expertise in the laws governing direct-action protest and may not understand the statutory defences within the offence of criminal damage and so this could be a knee-jerk reaction, which is disappointing. I have not seen any specific criticism of the judge’s legal directions and route to verdict, which appear legally sound.

“However, it would be helpful for the attorney general to make clear that she respects the verdict of the jury and its right to return not guilty verdicts. After all, these verdicts are a sign of independent courts and a robust rule of law. This should be praised.”

And Labour weighed in too, with shadow attorney general Emily Thornberry tweeting: “The attorney general has a duty to uphold democracy, the rule of law and the sanctity of the jury system, not play political games when she doesn’t like the results. I hoped Suella Braverman had learned a lesson after her shameful intervention on Barnard Castle, but clearly not.”