Senior Tory MP Charles Walker described the vote as a “sort of live fire exercise” for the Tories, saying they certainly will not win the next election. 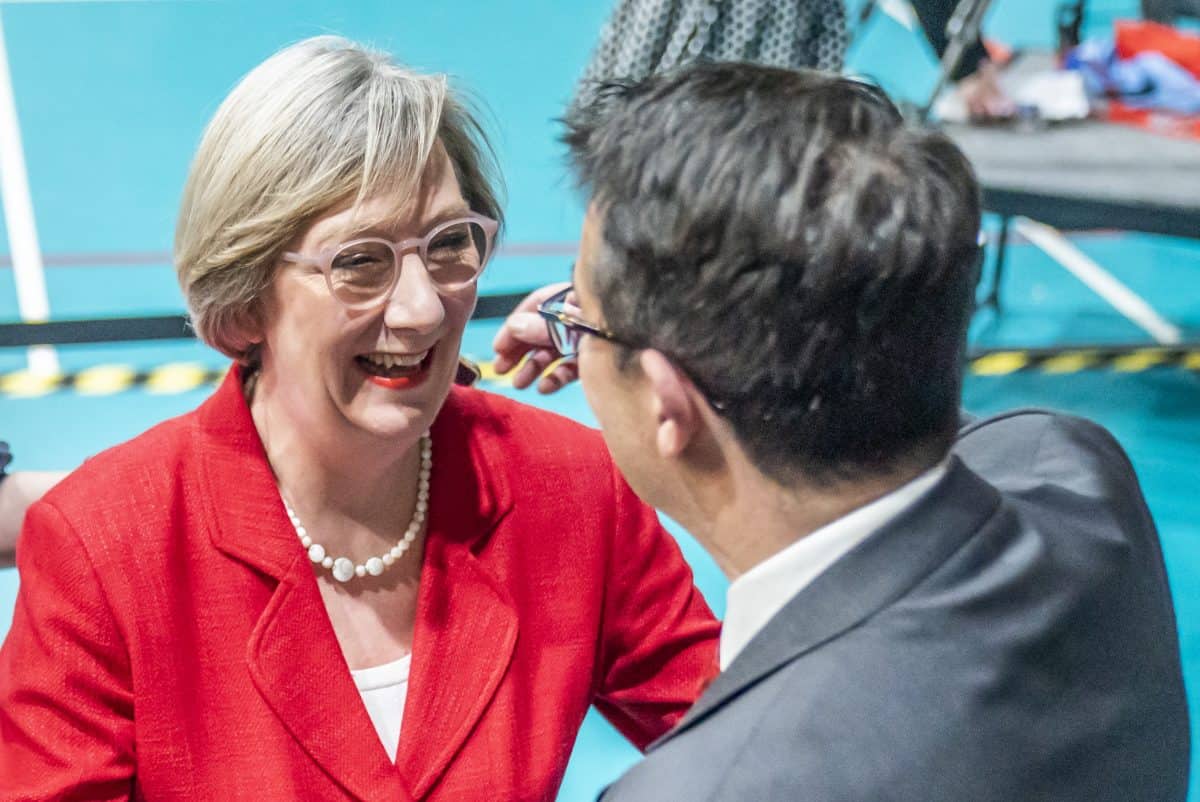 Sir Keir Starmer has hailed Labour’s by-election victory in the City of Chester, claiming it demonstrates the public are “fed up” with the Tory Government.

The party held on to the seat with a majority of 10,974, delivering a defeat to Rishi Sunak in his first electoral test as Prime Minister.

Labour took more than 61 per cent of the vote, up from 50 per cent at the last general election, albeit with a far smaller turnout.

Sir Keir sent “huge congratulations” to winner Samantha Dixon, who he said will be an “excellent” MP.

“The message to Rishi Sunak’s Conservative government is clear: People are fed up of 12 years of Tory rule and want the change Labour offers,” he tweeted.

“It’s time for a Labour government.”

“It’s time for a Labour government”

Labour deputy leader Angela Rayner said the Conservatives’ branding has taken a “pelting” as the people of Chester delivered a “huge message” to the Government on their desire for change.

She said Sunak has overseen the Tories’ worst defeat in the City of Chester constituency since 1832, claiming it is “very clear” he does not have a “mandate to govern”.

Asked during a visit to Chester when the Labour leader will go to the city to say thank you to his activists, Rayner said Sir Keir is currently in Scotland, but he “will be here”.

“And we’ll have a fantastic time when we get Sam in Parliament next week,” she added.

The contest was triggered by the resignation of Christian Matheson, who quit his Commons seat after complaints of “serious sexual misconduct” were upheld by a parliamentary watchdog.

Matheson, who denied the allegations, was facing a four-week suspension and was asked to resign by Labour before he stood down.

Dixon defeated Conservative candidate and NHS nurse Liz Wardlaw in the first Westminster by-election since Boris Johnson’s dramatic exit and the market chaos that came to define Liz Truss’s short stint in No 10.

Labour said the result sends a “clear message” to Sunak and his new administration.

In her victory speech, Dixon said: “People in Chester and across our country are really worried.

“This is the cost of 12 years of Conservative Government – the Government, which has wreaked havoc with our economy, destroyed our public services and betrayed the people who put their trust in them at the last general election.”

Labour had been widely expected to hold the seat, having won it in 2019 for the third time in a row with a majority of 6,164.

This time round, the party secured more than 61 per cent of the vote and a 13.76 per cent swing from the Tories.

Wardlaw received 6,335 votes, or 22.40 per cent – a result that Conservative peer and elections analyst Lord Robert Hayward said would be a “relief” for the Tories as “it’s not quite as bad as the opinion polls have been suggesting”.

Dixon told reporters that she believes many people across the country feel the same as voters in Chester.

“It’s just that here people have had an opportunity to express how they feel,” she said.

Deputy Labour leader Angela Rayner visited Chester on Friday to celebrate the result with the new MP, who will now take up her seat two years out from the next general election.

Lord Hayward told Sky News there were “no shocks” at the by-election, but “definite satisfaction” for Labour.

Senior Tory MP Charles Walker, who has said he will step down at the next election, said the vote was a “sort of live fire exercise” for the Tories’ performance in the polls.

“We certainly weren’t going to win it,” he told Times Radio.

Sir Charles said the Tory party is in a “better place” than it was six weeks ago when Liz Truss was leading the country.

But he said he thinks it is “almost impossible” for the Conservatives to come back to win the next general election.

“Now, I hope what Rishi Sunak does is make sure Labour doesn’t wipe the floor with us, that we perhaps win 220 seats, and we form a viable opposition,” he said.

The Chester result, which comes just over a month into Sunak’s tenure as Prime Minister, is unlikely to be seen as a referendum on his leadership.

The country is facing a gloomy outlook after Chancellor Jeremy Hunt ushered in a fresh round of belt-tightening in the public finances in a bid to balance the books.

Households are struggling with sky-high living costs, while rail strikes and a planned walkout by nurses threaten to wreak havoc in the run-up to Christmas.