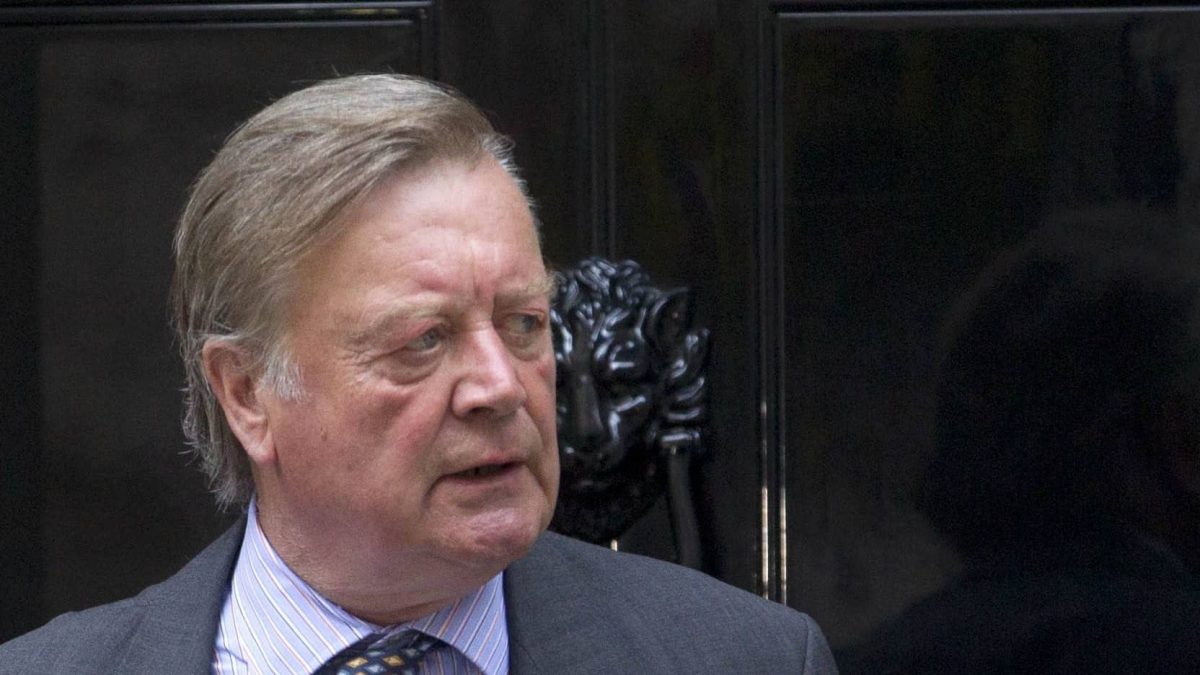 The Tory MP who was a cabinet minister for many years under Margaret Thatcher called Boris Johnson’s government “UKIP rebadged”.

The Father of the House Ken Clarke revealed on Sky News: “I hate to tell you I probably would support him.

“But I don’t think it is going to happen because I must be one of few number of Tories prepared to contemplate that.”

He explained that this would be to form a consensus government with the sole mission of sorting out Brexit.

Jeremy Corbyn has promised to take the Brexit decision back to the people with a meaningful second referendum with remaining in the EU as an option.

“As long as we are absolutely certain we could keep Jeremy under control and he wouldn’t have the slightest chance of implementing any bits of his Labour manifesto,” qualified Ken Clarke.

The Tory grandee also insisted that Boris Johnson’s Government are not true Conservatives and that he and others are prepared to vote against them to stop a destructive no-deal Brexit cliff-edge for the country.

He added: “To expect people like John Major, Michael Heseltine and me to support a Government like this.

“And then say we are not Conservatives if we don’t support them I think quite farcical.

“This is kind of a UKIP government rebadged.”

This is a further sign that the Conservative Party is splitting over the direction Johnson is taking the country.

Today Tory MP Oliver Letwin told BBC news that he would vote against his government to prevent a no-deal Brexit and explained that whatever Boris Johnson says about trying to secure a deal with the EU before October 31, it would involve delaying the date of Brexit.

When asked if he and other MPs trying to stop the economic harm of leaving the EU with no deal were making negotiations for the PM harder, he explained: “If he does get a deal he will need to get an extension anyway.” So the only way Johnson could deliver on his promise to deliver Brexit by October 31 is with the havoc of a no-deal Brexit.

I promised that, if the Prime Minister prorogued Parliament in order to prevent Members from opposing his Brexit plans, I would seek judicial review of his action.

In view of the imminence of the prorogation — and to avoid duplication of effort, and taking up the Court’s time through repetition — I intend to seek the Court’s permission to intervene in the claim already initiated by Gina Miller, rather than to commence separate proceedings.

If granted permission to intervene, I intend to seek to assist the Court from the perspective of having served in Government as a Minister and Prime Minister, and also in Parliament for many years as a Member of the House of Commons.

I will be represented by The Rt Hon The Lord Gamier QC and Tom Cleaver, who will be instructed by Herbert Smith Freehills LLP.

John Major’s history with prorogation is rather interesting as in 1997 when he was Prime Minister of a Tory government mired in allegations of sleaze, he was also accused by the opposition of proroguing Parliament earlier than usual for political purposes, in order to delay the publication of a report into the “Cash for Questions” scandal that had dogged the Conservatives. Weeks later Tony Blair’s Labour party defeated the Conservatives with a landslide victory.

Costly, Chaotic and Catastrophic: MEP Richard Corbett on what happens with a no-deal Brexit