Saunders can be seen claiming he had “one pint” after being stopped for his “atrocious” driving. 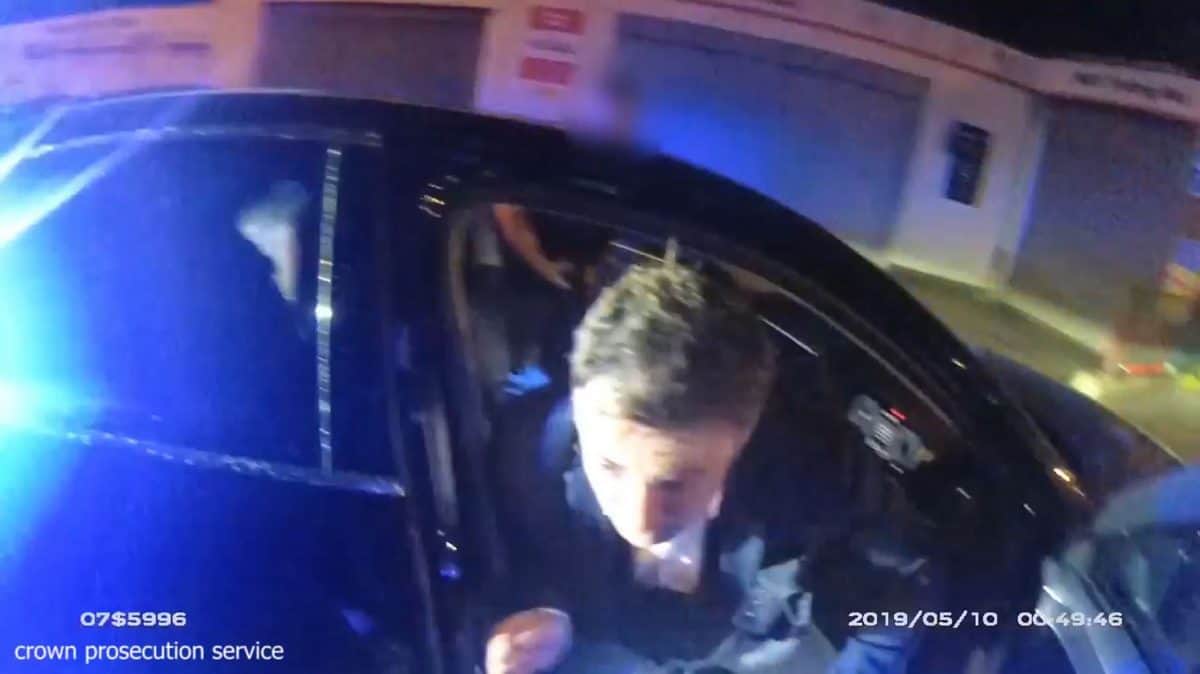 “Arrogant” ex-Liverpool striker Dean Saunders was told “you can’t even stand up” by police, footage of his arrest has revealed.

Saunders can be seen claiming he had “one pint” after being stopped for his “atrocious” driving, before being put in the back of a police car.

The 55-year-old refused to give a breath specimen at the roadside and continued his “obstructive and evasive” behaviour at the police station.

The father-of-three had initially denied any offence but was jailed for 10 weeks on Wednesday at Chester Magistrates’ Court.

Passing sentence, District Judge Nicholas Sanders told Saunders he was “arrogant” for his “obstructive and evasive” behaviour with police.

But Saunders’s lawyers secured his release on bail a day later, until his appeal against the jail sentence can be heard next month.

The Crown Prosecution Service (CPS) released the footage showing Saunders being stopped by a police patrol in the early hours of May 10 in Chester.

His Audi A8 car was seen weaving across the road, swerving to avoid other vehicles and almost causing an accident, Chester Magistrates’ Court heard.

The footage shows a police officer, who could smell alcohol, telling Saunders: “Get out the car. Your driving is atrocious. Have you had any alcohol?”

You can’t even stand up

As the talkSPORT radio football pundit gingerly exits the vehicle and walks to the police car, the officer tells him:

He failed to provide a roadside breath sample and back at the police station the body-cam footage shows police explaining to Saunders he is required to provide a sample or he will be charged with failing to provide.

He tells them: “Am I getting myself in more trouble by not doing it?”

An officer responds: “It has been explained to you but you have consistently refused to provide a sample.”

Not refused to do anything

“Right now? Even though I am waiting for my solicitor?”

Saunders was likely to have served his sentence at HMP Altcourse in Liverpool but is now free to return to his home in Whitegate, Cheshire.

He was also banned from driving for 30 months and ordered to pay court costs of £620.

His appeal against his sentence will be heard at Chester Crown Court on October 4.