UK faces virulent strains as 300 people are thought to have died from the virus so far in Australia, compared with 125 for the whole of the flu season last year. 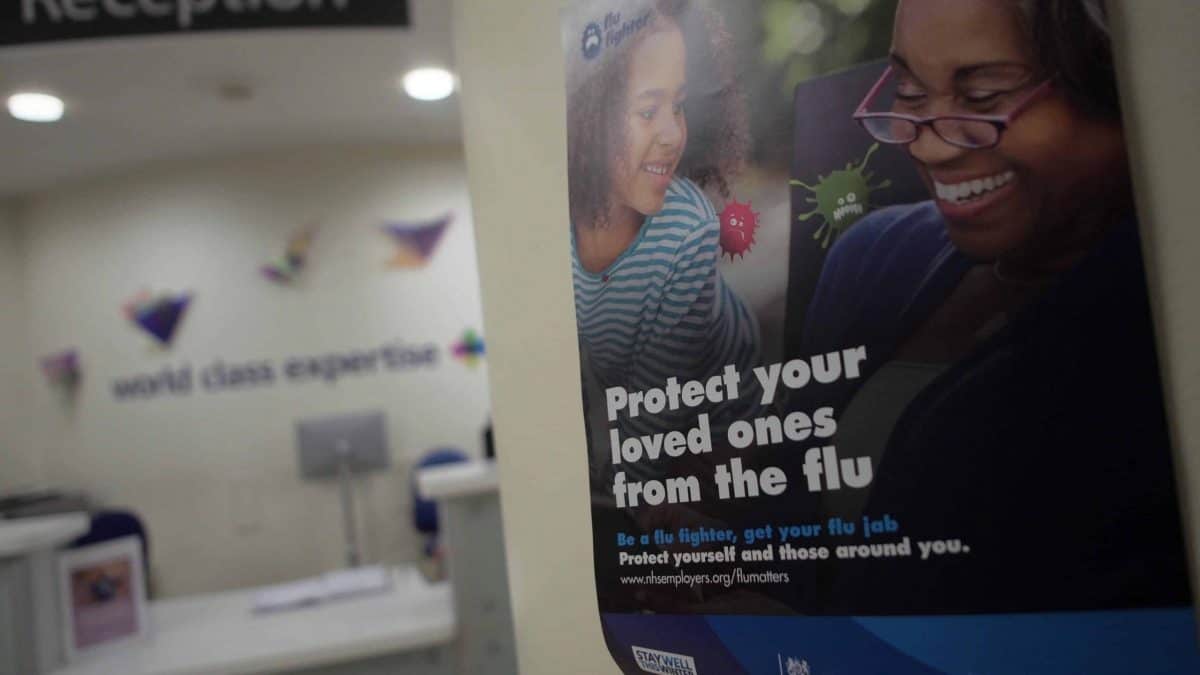 A no-deal Brexit would “likely” interrupt flu vaccine supplies, at the same time the UK is facing “a particularly virulent” strain of the illness, doctors have warned.

Emergency care doctors have said the NHS must step up its plans for dealing with flu after Australia where flu season has begun was hit by a particularly bad outbreak of the virus.

Around 300 people are thought to have died from the virus so far in Australia, compared with 125 for the whole of the flu season last year.

Flu vaccines are offered free every year to those most at risk of the illness, including over-65s and pregnant women, and other people can pay a small fee for the medicine.

The NHS says the best time to have a flu vaccine is in the autumn, from the beginning of October to the end of November. Last winter, 72% of eligible people over 65 and 45% of eligible pregnant women had the vaccine, according to Public Health England.

However, a number of doctors and other health professionals have expressed concerns that a no-deal Brexit would negatively affect this year’s supply.

Impact on the NHS

“What we can see is we’re likely to not have enough flu vaccine, we are likely not to have the flu vaccine coverage that we’ve had in previous years, and that is likely to have an impact on the NHS.”

Drugs manufacturer Sanofi UK would also expect flu issues in the event of no deal.

Hugo Fry, managing director, told the BBC that more than a million doses of the vaccine would still need to be imported into the country after October 31, due to a delay in identifying which strains of flu to put into this year’s supply.

He explained: “In the world of vaccines you get shortages more often than you do in medicines, for example, because of the complexity.

“Therefore imagine in a world where it is difficult to get things into a country and there’s a shortage of a particular vaccine, that’s when you want to rush it into the country in case there’s a shortfall.

“Rushing things into a country in a period post no-deal Brexit might be a bit difficult, for example.

“Unfortunately I didn’t bring my crystal ball with me, but what we’re doing is planning for what we think will be the worst-case scenario.”

The deputy chief executive of NHS Providers agrees there could be problems, and thinks doctors are “facing a triple whammy” this year when it comes to issues with flu medicine.

Saffron Cordery said: “We’re coming out of the summer, which has been a really tricky summer for the NHS. We are also facing a particularly virulent strain of flu coming from Australia”

The Department of Health said: “We are working closely with vaccine suppliers to ensure they have robust contingencies in place.

“We want to reassure our patients that our plans should ensure that supplies of vaccines remain uninterrupted when we leave the EU on October 31, whatever the circumstances.”

Flu deaths already up this year

Around 300 people are thought to have died from the virus so far in Australia, compared with 125 for the whole of the flu season last year.

Emergency care doctors have said the NHS must step up its plans for dealing with flu after Australia was hit by a particularly bad outbreak of the virus.

Data from Australia shows 135,952 laboratory-confirmed cases of flu across the country so far this year, well above the 17,349 average at the same point over the previous five years.

Almost 300 people are thought to have died from the virus so far, compared with 125 for the whole of the flu season last year.

Weekly figures for the beginning of June have been on a par with the numbers of cases normally seen in July and August, the height of the Australian flu season.

In England, Dr Nick Scriven, president of the Society for Acute Medicine, warned that the figures from Australia “make grim reading and, if extrapolated to the UK, will cause major stress to an already overburdened system in terms of numbers if not severity”.

He added: “One concern is that last year we saw predominantly one strain of influenzas but already there are reports of two or three strains significantly circulating in the population that could complicate vaccination.”

He added: “We struggled last year (in A&Es) in incredibly benevolent circumstances.

“I am not sure that is going to happen this year. It is very important that we prepare. Perhaps we need to start vaccination early and set aside some money.”

He said work needs to be done in several areas, including vaccination uptake for healthcare workers and at-risk groups, such as patients with diabetes or asthma.

Saffron Cordery, deputy chief executive of NHS Providers, said: “The spike in flu we are seeing in Australia could be a worrying signal of what is to come for health and care services this winter.

“Planning for vaccinations is based on what happens in the southern hemisphere. Based on what we are seeing, we will need to make sure plans are put in place early and as resilient as they can be.

“This highlights the importance of planning for winter. Trusts are already working hard to improve vaccination uptake among staff, and will strive to improve this further.

“We must get immunisation rates as high as possible. We must also get our resilience plans in place as early as we can.”

But Public Health England (PHE) said flu activity in Australia is not necessarily a predictor of what will happen in the UK.

“We are monitoring closely, to see if the high levels of activity continue or if this early activity represents the peak for this season,” Dr Richard Pebody, head of PHE’s flu surveillance, told the HSJ.

“What we’re seeing in Australia highlights the importance of anyone who is eligible taking up the offer of flu vaccine when the campaign launches later in the autumn.

“This includes frontline health and social care workers to help protect the people they care for.”

Helen Donovan, professional lead for public health at Royal College of Nursing said: “Flu is an unpredictable virus but this data from the southern hemisphere reminds us that the UK must be fully prepared to roll out vaccination to all who need it during the autumn.

“Nursing teams will work hard to deliver this, but we need sufficient numbers of nursing staff to do this most effectively.

“The importance of vaccination can’t be overstated, particularly for health workers and children.

“It’s the best way to reduce demand on hard-pressed health services, not least because it helps avoid the secondary infections that often follow cases of flu.”