Nigel Farage insists the Brexit Party is ready for a General Election with “635 approved candidates”. 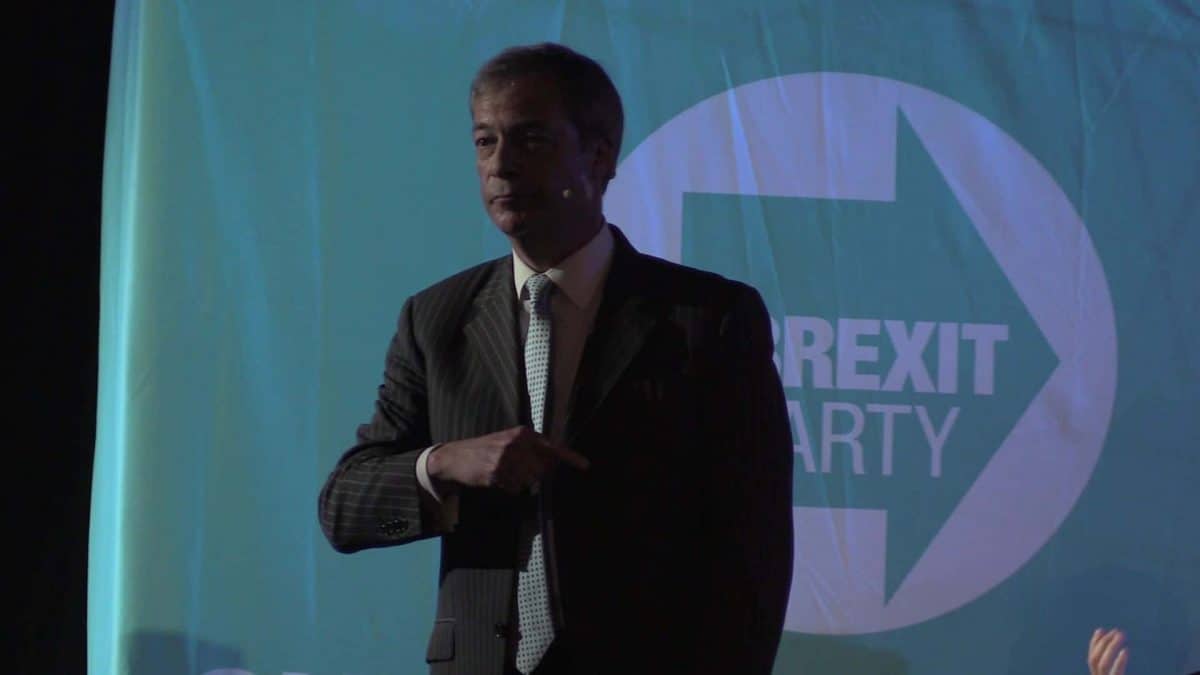 The Brexit Party would form a “non-aggression pact” with the Conservative Party if it pursues a no-deal Brexit, Nigel Farage has confirmed.

The party held a rally in Westminster to announce its next wave of candidates who will fight for seats in the next general election.

Mr Farage said the Brexit Party would be willing to seek a “non-aggression pact” with the Conservative Party at a general election if Mr Johnson pursued a no-deal Brexit.

“We would be prepared to work with him, perhaps in the form of a non-aggression pact at the general election.

“The Conservative Party has lost so much trust that the only way they could win a general election is with our support.”

He added: “I want to make this pledge from the Brexit Party. The Withdrawal Agreement is not Brexit. It is a betrayal of what 17.4 million people voted for.

“If you insist on the Withdrawal Agreement, Mr Johnson, we will fight you in every seat up and down the country.”

Mr Farage said the party was ready for an election with “635 approved candidates”.

He added: “My guess is I think there is a greater than 50% chance that we will face a general election in the autumn”.

Mr Farage was critical of the Prime Minister in his address to party candidates, adding “a few weeks into his premiership Boris is already going off the rails”.

He said: “I’m pleased Boris Johnson has brought some energy and optimism to that job.

“I’m pleased he has said we will leave ‘do or die’ on October 31. The trouble is we have heard it all before.”

He added: “In his letter to Donald Tusk, he said a deal is his biggest priority. He said getting rid of the backstop would make the Withdrawal Agreement satisfactory.

“He voted for the Withdrawal Agreement the third time it came back to Parliament.

“Can you trust Boris Johnson, can you trust the Conservative Party? With or without the backstop, this is still the worst deal in history.”