During the last B-2 deployment the planes were involved in bombing raids in the Middle East. 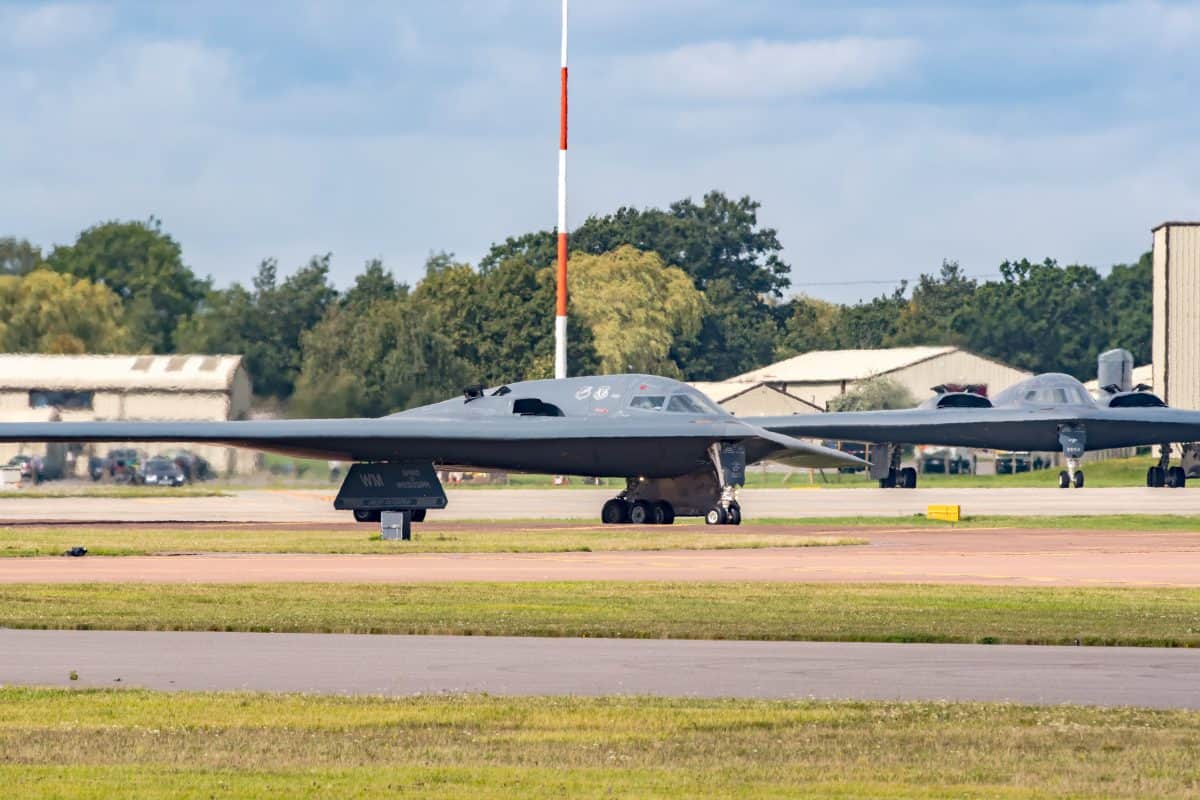 This is the moment a US fleet of the world’s most expensive and secretive planes in the world took off from a British RAF base.

The most expensive and secretive planes to ever be made, they are worth $2.1 Billion each.

The aircraft – capable of carrying nuclear weapons – reportedly arrived under the cover of darkness and are using the callsigns DEATH 11, DEATH 12 and DEATH 13.

The planes were spotted at RAF Fairford in Gloucestershire, alongside B-52s, and it is not known exactly why they are here.

An airfield spokesman said: “The United States Air Force are deploying a variety of aircraft and support personnel to RAF Fairford during August and September 2019.”

“While deployed to the UK the aircraft will conduct a series of training activities in Europe, these activities are long planned.”

Amateur photographer Wayne Lewis, 38, has captured these incredible photos of the planes in flight.

The teacher, from Welshpool, took the photos at RAF Fairfold at around 1pm yesterday.

The pilots and support staff are from the 509th Bomb Wing at Whiteman Air Force Base, Missouri.

It seems the planes and crew are here for a short deployment to show American strength and to support NATO and its partners in Europe.

RAF Fairford has long been an important strategic base for American forces.

During the last B-2 deployment the planes were involved in bombing raids in the Middle East.