"If he's suspended from the House, he's out. That's it," Chris Bryant told Sky News. 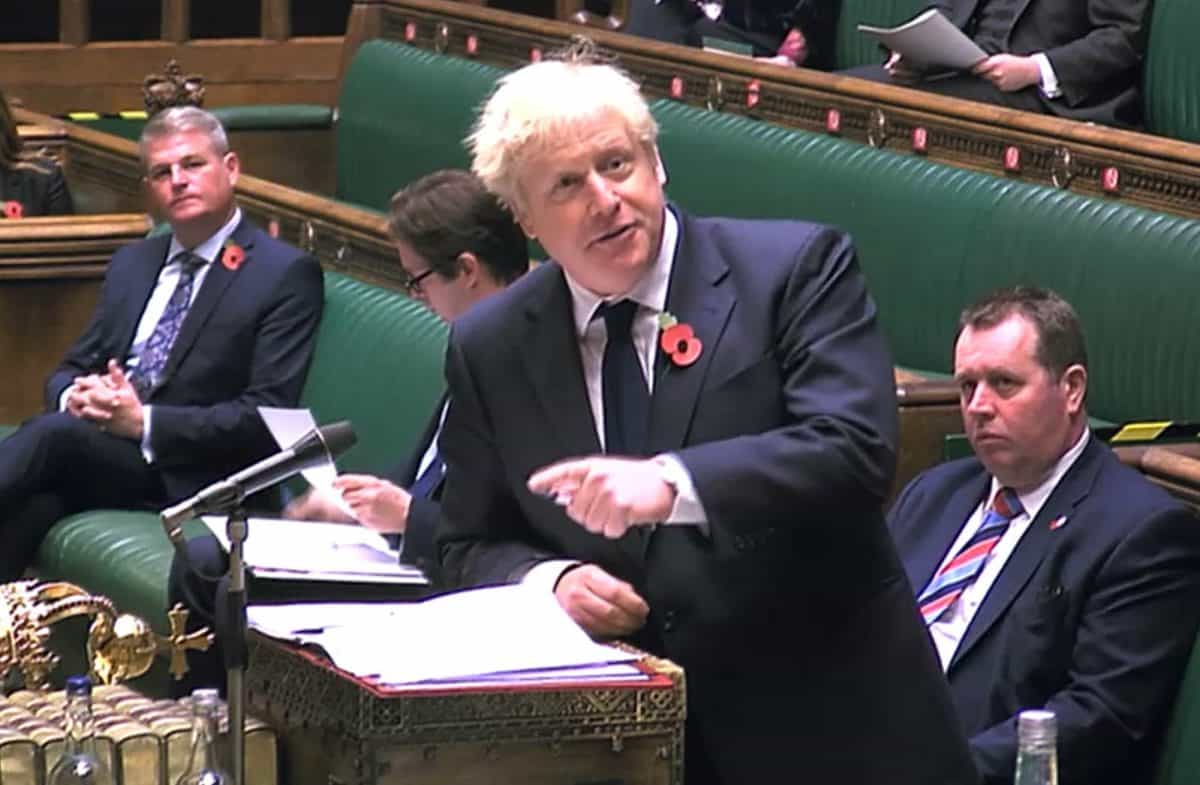 Boris Johnson will be forced to resign if parliament’s privileges committee finds he misled the House of Commons.

Committe chair Chris Bryant has said he is “absolutely certain” that the prime minister will be forced to walk if there is sufficient evidence that he lied in parliament.

In December 2021 he was asked in parliament whether there was a party in Downing Street on 13th November.

He responded: “No, but I’m sure whatever happened the guidance… and the rules were followed at all times.”

Leaked pictures have since shown Johnson drinking at a Downing Street party on that date, with bottles of alcohol and party food on the table in front of him.

Labour said the images show there is “no doubt now” that Johnson “lied” to Parliament when he repeatedly insisted all rules had been followed.

Labour MP Bryant, who has stepped aside from the inquiry because of his own vocal criticisms of the prime minister, said the committee could trigger a recall ballot in Johnson’s Uxbridge and South Ruislip constituency by recommending his suspension from the Commons.

“They can force him to quit,” he told Sky News.

”I’m absolutely certain that if the privileges committee decides that the prime minister has misled parliament and sends a report to the House to that effect, Boris Johnson may still try to cling on, but I would have brought that at that point every self-respecting member of the House of Commons would vote for whatever suspension is recommended by the committee.

“And if he’s suspended from the House, he’s out. That’s it.”

Mr Bryant said that the committee could take as long as four months to reach its conclusions.

And he insisted that its in-built Conservative majority did not necessarily mean it would clear the PM of lying.

”There are four Conservative members on the privileges committee and I respect them,” he said. “I have absolutely no questions about them. They will all want to do a very proper job.