Writing on Twitter, Wes Streeting described the comments as "a grotesque insult to the people who work for the NHS". 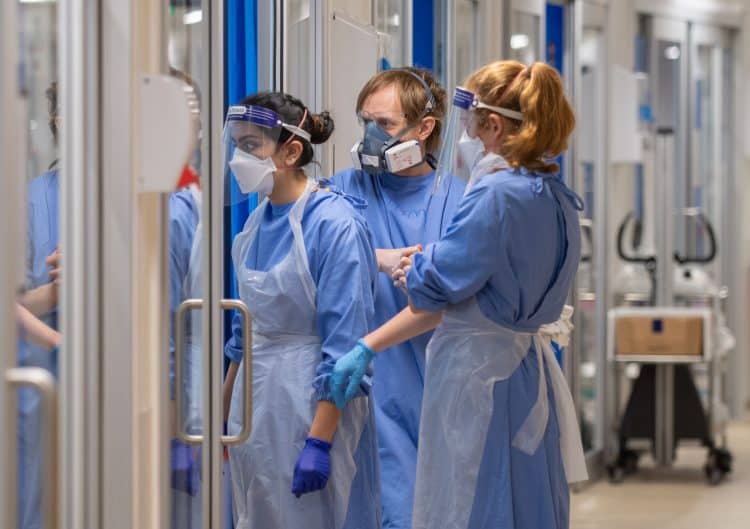 A Conservative MP has defended Boris Johnson by suggesting NHS staff probably partied like those in Downing Street during the pandemic.

Richard Bacon, the MP for South Norfolk, said it was likely that doctors and nurses battling to deal with the destruction Covid-19 wrought on the country had also been “letting their hair down” at the same time.

He was speaking after Sue Gray’s report highlighted the extent of lockdown parties at Downing Street.

The report said the public would be “dismayed” by a series of breaches of coronavirus rules in No 10 and Westminster.

Reacting to the report, Mr Bacon said: “The fact that [Mr Johnson] goes round thanking his staff for working very, very hard, 18 hours a day, to try and keep the show on the road when we were in a global pandemic is not, I think, a crime.

In the interview with BBC Look East on Wednesday, he was asked if he was “comfortable” with the revelations around the drinking and partying at Downing Street during lockdown.

He replied: “No, of course I’m not but then I think they were working under huge pressure.

“You haven’t gone and investigated it but there are one and a half million people who work in the NHS. I bet if you tried hard enough you could find some people letting their hair down who were working 24/7 in the NHS as well.

“We were under extraordinary pressure in a global pandemic where we didn’t really know what we were dealing with.”

Writing on Twitter, Wes Streeting described the comments as “a grotesque insult to the people who work for the NHS”.

Watch: Clip of a ‘typical day in a bomb shelter’ is going viral