“It’s so ridiculous that it’s laugh-out-loud funny, but there’s also a sinister element to it. The joke is on me.” 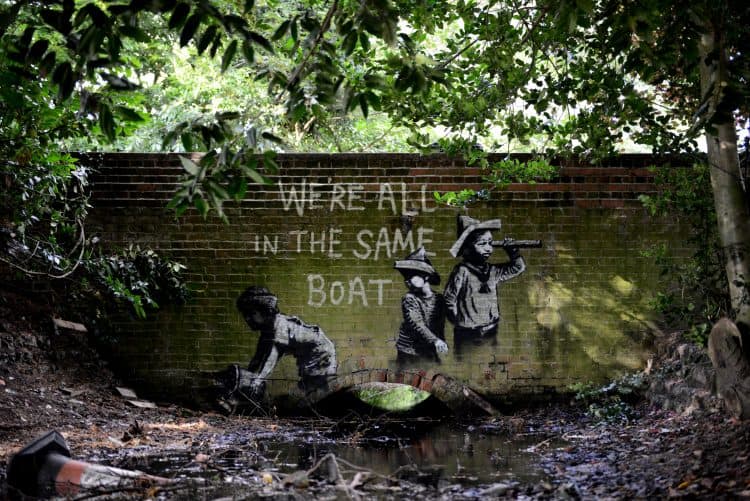 A town councillor has been forced to resign after claims that he is Banksy made his role “untenable”.

William Gannon was voted onto Pembroke Dock town council in the local elections in May having worked as a community artist for 40 years.

But his success was dogged by rumours that he is the man behind the Banksy persona, the anonymous graffiti artist whose works frequently pop up around southern England and go on to sell for millions of pounds.

The claims, which Gannon thinks were maliciously started by a rival council candidate, began to emerge in January and intensified following his election for the coastal town’s Bufferland ward.

“There’s no truth in it whatsoever, I am not Banksy,” Mr Gannon, known as Bill, told The Telegraph.

“It’s so ridiculous that it’s laugh-out-loud funny, but there’s also a sinister element to it. The joke is on me.”

He said the situation escalated when vandals “went wild” in the town of Pembroke, three miles away, by dousing parks, benches and doors with graffiti, leading him to fear he may be deemed responsible.

“As a result of all this, my position became untenable and after some consideration I sent my resignation notice to the town clerk.”