The claims come on the back of reports that Boris Johnson joked about attending “the most unsocially distanced party” in the UK. 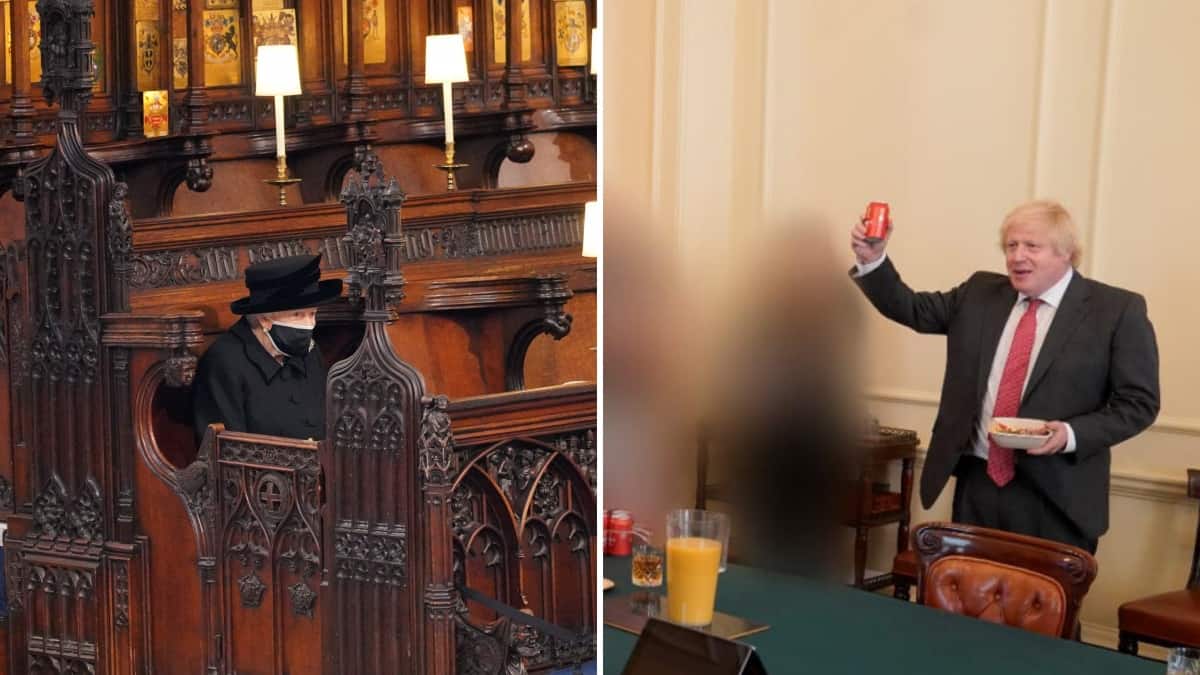 Members of Boris Johnson’s staff are alleged to have had sex at a Downing Street party on the eve of Prince Philip’s funeral.

Two couples were seen getting “intimate” by several witnesses at a raucous party which continued past 4am, according to The Times – with one couple seen going into an office “with the lights off”.

Another of couples was seen “feeling each other up” in a No 10 kitchen before retreating into an office room, the newspaper said. They came out of the dark room “flustered”.

The incidents occurred on the evening of Prince Philip’s funeral, which the Queen was forced to attend on her own.

Strict lockdown rules were in place at the time which limited social gatherings.

The latest claims have emerged as the former prime minister came under pressure over a joke he allegedly made about a 13 November 2020 leaving do being “the most unsocially distanced party” in the UK.

The claim – not denied by his spokesperson – made at the No 10 leaving party for ex-director of communications Lee Cain, one official told ITV’s Partygate: The Inside Story.