The claim is part of a number of new allegations made in an ITV podcast, Partygate: The Inside Story. 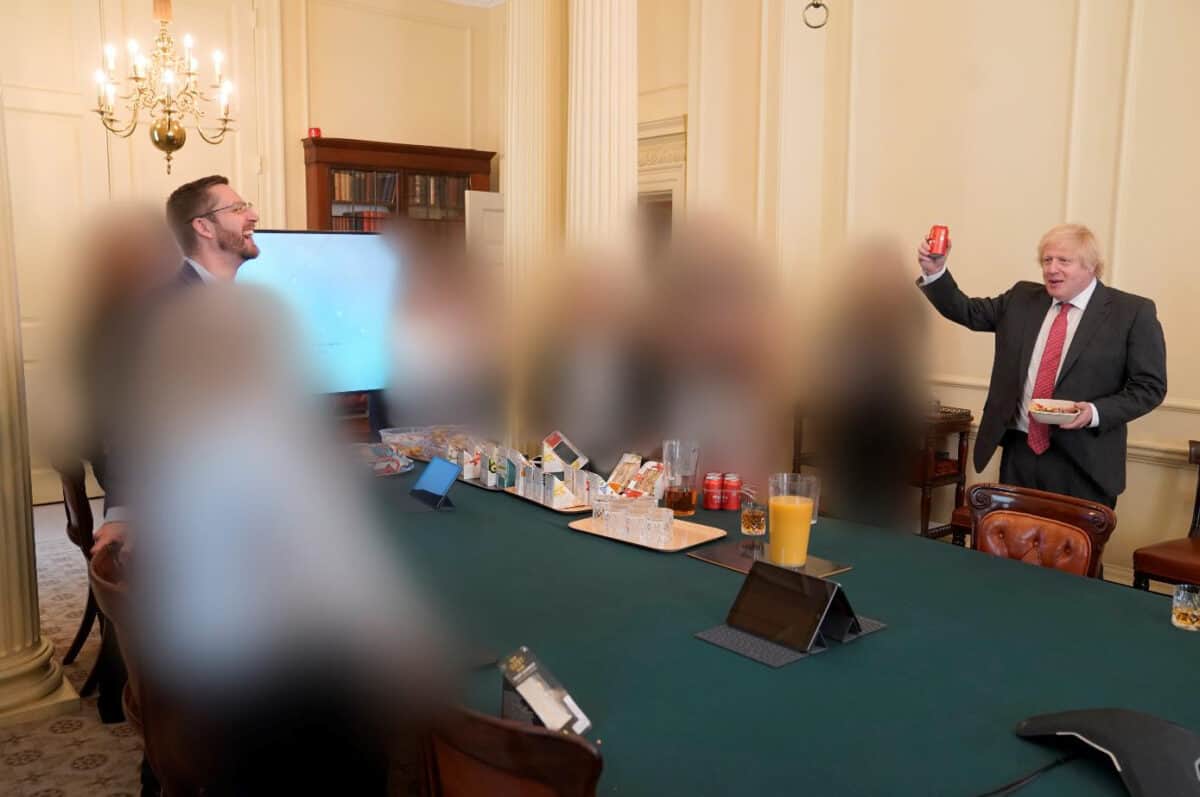 Boris Johnson joked to Downing Street staff that “this is the most unsocially distanced party in the UK right now” at a leaving do held during the Covid pandemic, it has been claimed.

ITV said the former prime minster made the remark at a “boozy” party in No 10 while coronavirus restrictions were in place.

The comments have been put to Johnson and Downing Street.

The broadcaster said that when it put the quote to Johnson, who was pressured by his party into announcing his departure from No 10 in the summer, the former Conservative leader “did not deny saying it”.

Partygate: The Inside Story

The claim is part of a number of new allegations made in an ITV podcast, Partygate: The Inside Story.

It reports that a source said: “I was working late – some music came on, the mumbling sort of rose, and there were loads of people stood around, but this time I came out because I heard the prime minister speaking and that’s when I heard the quote: ‘This is the most unsocially distanced party in the UK right now’ and everyone was laughing about it.”

Johnson was fined as part of a police investigation into gatherings held in Downing Street while social distancing restrictions were in place.

However, he was fined for attending his own birthday party in the Cabinet Room in Downing Street in June 2020 rather than for the alleged party the ITV source mentions.

He is still due to appear before the Commons Privileges Committee over comments he made to MPs from the despatch box about so-called “partygate”.

Among other claims, ITV reports that whistleblowers told the podcast that staff “corroborated their stories” before filling out Metropolitan Police questionnaires about their potential involvement in rule-breaking gatherings.

The podcast also reports that only half of the parties that occurred were ever investigated by Sue Gray, the senior Cabinet Office official who investigated the partygate claims, or the Met.